Although Snapchat, one of the most popular ephemeral messaging apps which is said to have more than 100 million monthly users, notifies you whenever the recipient of your image takes a screenshot, it doesn’t actually prevent the person from doing so – a big privacy concern.

A new app dubbed Yovo (You Only View Once) claims to have finally solved the screenshot problem. In this article, we will discuss the basics of the app, along with the features it provides.

How Yovo protects your images from screenshots

The app uses an optical illusion technique (Barrier Grid illusion) which is somewhat similar to what you experience driving past a picket fence – if you drive past a fence at a certain speed, you are able to see what’s beyond it, but when you stop you see only the fence, and whatever is behind the fence gets obscured. 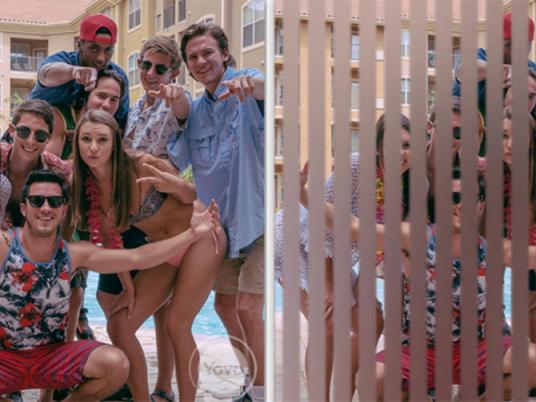 Let’s face it – not every moment or message is meant to be shared or stay online forever. Yovo represents a new way to create and share photos and messages in a more private, fun and interactive way

says Scott Richardson, who works as a product head for Yovo.

What other features it provides

Aside from protecting against screenshots, Yovo also lets you selectively blur portions of your images and also provides you with the ability to decide who sees what and for how long – recipients can tap the image to start the countdown, and the blurred portion is removed.

As with Snapchat and other similar ephemeral apps, Yovo also allows you to set a self-destruct timer (ranging from one second to up to 24 hours) on whatever you send. In addition, images you send via Yovo can only be viewed within the app thanks to a a proprietary file format ContentGuard. The company also claims that it stores user images only for the duration they select.

Does it deliver what it claims

Well, Yovo’s solution is definitely unique, but it’s far from perfect, to say the least. Firstly, it isn’t a pleasant experience to view photos with flickering vertical stripes, and secondly, it is still possible to get an idea of what the stripes are covering when looking at a screenshot.

According to Richardson, a newer version of the app is in the works that runs at a higher frame rate, giving only a faint flickering. “It’s totally cool,” he says.

Yovo’s solution might not be foolproof, but it’s certainly a step in the right direction. As already mentioned, the company is working to improve the app, so we can expect it to only get better from here on out. Interested in giving Yovo a shot? The app is currently available for iOS and can be downloaded for free from the iTunes app store.