A revamp of your Android’s home screen can be done as simply as downloading launchers and widgets from Play Store or heading to Settings and changing the Home screen mode. When I bought my first Android device a few years ago, I remembered Go Launcher was one of the first few apps I installed.

While the installation is as easy as 1-2-3, to adapt to the new UI is somehow frustrating for those who are used to the default home screen and will require users spend a small amount of time to blend in the new UI/UX. When I stumbled upon Aviate on its beta phase in Play Store, I waited for the official public release because I was attracted to the design and intuitive features as shown in the video.

But was it really worth it? Personally, my enthusiasm had gone stale when I tried it, though I gave myself two weeks to get used to it. Below are some of the highlights I discovered while using the app.

Note: Aviate requires mobile Internet connection in the initial setup. It also provides a quick tutorial of how to use it.

Aviate comes with a flat minimalistic design that blends with today’s monochromatic theme for buttons and app icons. The home screen theme looks similar to Google Search. Once launched, it blends well with Aviate’s Light theme while the Dark theme suits my Samsung’s default UI. 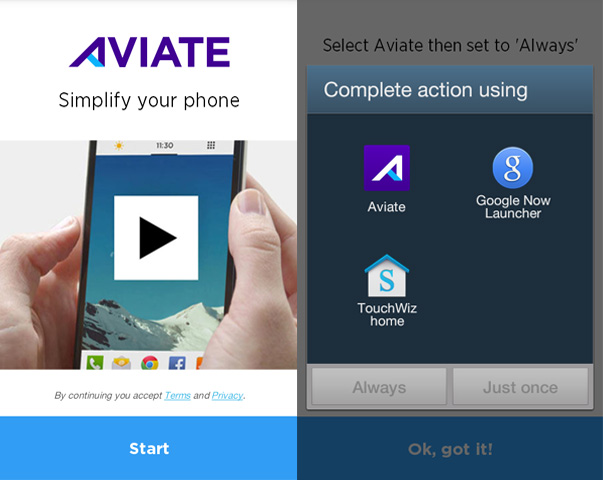 Personally, the design and layout is aesthetically pleasing, but interacting with the launcher is somehow daunting. I advise you to download and install this during your free days to familiarise yourself with the nooks and crannies of the swipe (and drag-and-drop) gestures, spaces and collections, especially if you’re used to default STouchWiz or other third party launchers.

Aviate retains the first four pre-arranged apps from the previous launcher or default STouchWiz on the home screen’s Favorites once activated. You can drag and drop up to 16 apps from the Collections or A-Z menu bar that comprises a number of system and third-party apps. You can also create shortcuts of the apps as well. The Spaces (upper left corner) help you navigate Aviate where you can explore each tab from “Today” to “Nearby” features. 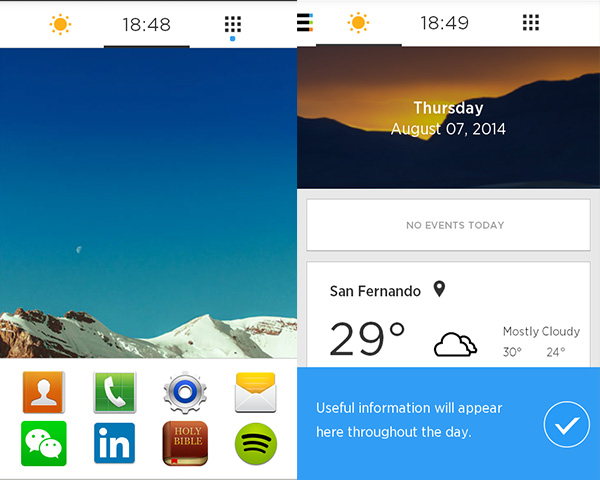 Once you activate Aviate, it will maintain your custom apps from the previous launcher on your most frequently used apps on the home screen. Another intuitive feature is the instinctive categorisation of apps in each collection from social media to productivity, music and among others. 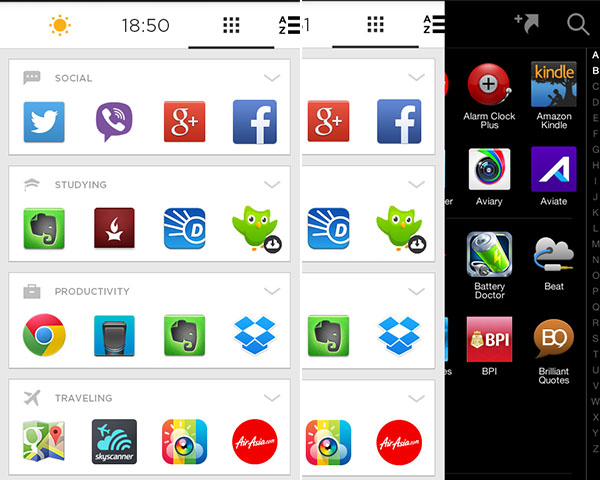 As mentioned above, Aviate does require you to spend time exploring its features and settings. Though it can “intelligently” classify apps per category or collection, you still need to customise it according to your digital habits and daily schedules, which can be overwhelming once you’re inside the Spaces.

Personally, this 2.0.5.2 version doesn’t allow me to add collections and widgets from the Spaces or Today’s setting. It directs me to Today’s screen without any customisation. To add a collection, I have to go the “Collections” tab and choose from the categories. Meanwhile, on widgets, I tried it again on Today’s screen, but nothing happened.

Interestingly, once you click the weather widget, it automatically directs you to Google Voice Search. When you click the news tab, you must have the Yahoo News Digest to read the article(s).

With Aviate, you have to get used to more taps, swipes, and drag-and-drops. The Collection and Home Screens, though they look quite simple to use as seen on screenshots, are quite robust when navigating the apps and Aviate itself. 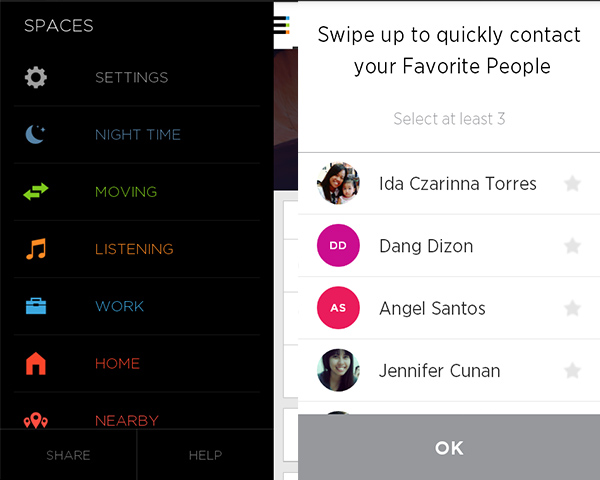 However, one noteworthy feature that caught my attention is that the launcher provides quick deletion of apps – if you go to the A-Z menu, just tap the desired app, and it will instantly show you the trash bin icon on top.

Note: You can change your home screen anytime. Just go to Settings, choose Applications Manager, then swipe to ALL running apps and choose the desired home launcher.

With Aviate, though the tag line says “simplify your phone,” the overlaying gestures and functions are robust for a launcher. The design and layout looks neat, but for now, I’d rather stick with Google Launcher or my default STouchWiz. You can download Yahoo! Aviate for free via Google Play Store.

For those who want to explore it, feel free to let me know how it works for you.