Using a computer means reading large amounts of text from a display; this has held true for their entire lifespan as a consumer product. Not everyone finds reading from a computer screen to be easy, and there are tools to make it more accessible – both those included in Windows as standard, and those which can be downloaded.

One you may not be aware of is “Magnifier.” As the name suggests, it magnifies the on-screen content. It’s Microsoft’s own option, and it may be all you need. Alternatives exist, but can they steal the crown away from Microsoft themselves?

As the most obvious of the tools available in its field, Magnifier can be found in virtually all versions of Windows, though features may differ across them. In Windows 8.1, it appears as a slim window with a few options that affect how it functions.

Three different views are included: “full-screen” zooms the entire screen, “Lens” creates a virtual lens effect that follows the cursor around the screen, and “Docked” puts the magnified version of the display at the top of the screen.

Leave the window and it transforms into a larger icon of a magnifying glass; this effect can be seen in the options window below. For users who have difficulty seeing, this kind of feature is plainly appealing in the same way as larger cursor options that come included with Windows. Another feature that may hold a certain appeal is color inversion, though not all may be fans. 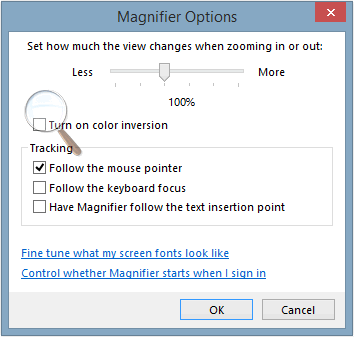 Magnifier’s real limits come from the fact that you have to adjust the size of the “Lens” effect in an Options window, ignoring the more familiar window behavior in the operating system. The amount of zoom is also changed using this Options window, rather than a scroll wheel or the main program UI.

Though purely an aesthetic complaint, Windows’ Magnifier does not really fit in with the rest of 8.1’s design language, resembling the older Vista and 7 designs more closely. 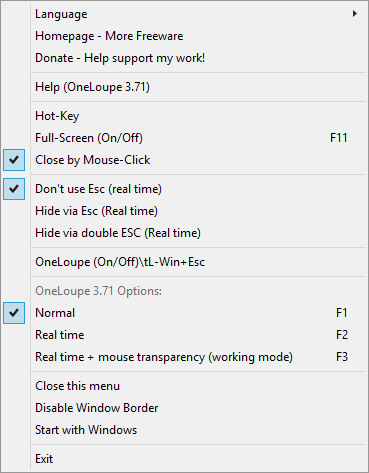 OneLoupe resides in the System Tray, where it can be summoned as needed. Right clicking the System Tray icon presents the various options, with Language at the top. Our download was in German initially, but changing it takes a couple of seconds.

OneLoupe’s real issue lies in its limited documentation: it is not obvious that you can change the size of the magnified area with the arrow keys, or that you can change the zoom level with the scroll wheel. There’s no option among those in the System Tray to facilitate this, so it’s mostly guesswork. All the same, it is a very complete program with minimal memory requirements.

Virtual Magnifying Glass is a plainly named, non-portable option that requires installation before use. On the upside, the program runs in the System Tray and can be pulled up quickly. Should you right-click the icon, a whole host of options appear. 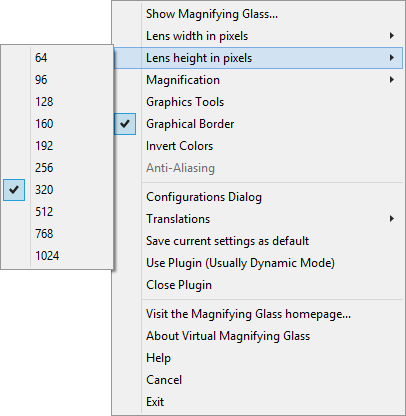 These options give a great deal more choice than the obvious interface, a straightforward magnified box, ever could. The level of magnification can be changed using either the mouse scroll wheel or the System Tray icon, and it goes from 1x to 16x. 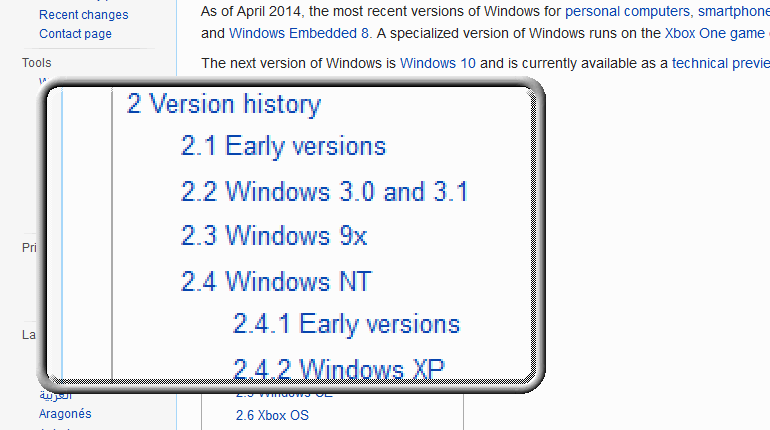 Changing the size of the magnified area can also be done in two ways: using the arrows on your keyboard or through the System Tray. Again, it all points to a concern for the needs of users. 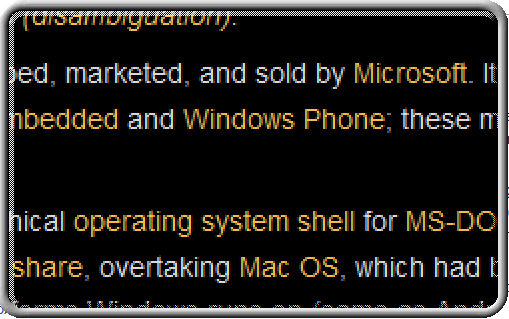 Magnifixer, based on its design, is geared more towards graphic arts but could still prove useful for general accessibility as well. Again, it is non-portable freeware, but the level of zoom it offers is absolutely exceptional: up to 40x.

Unsurprisingly, at such high zoom levels things are virtually impossible to decipher as its own System Tray icon demonstrates, but it is by far the highest zoom level of any program tested.

Magnifixer also includes the ability to display color codes in RGB and can be resized by dragging the outer realms of the window. It works well and does so in a slightly different manner to the other programs compared; it reflects the area around the cursor rather than following the actual cursor. 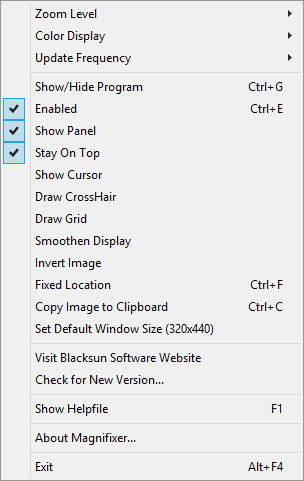 As the creator of the program suggests, this makes it possible to display a banner across the bottom of the screen – a feature the standard Windows Magnifier also offers – or a window in the corner of the screen to reflect what’s currently displayed. 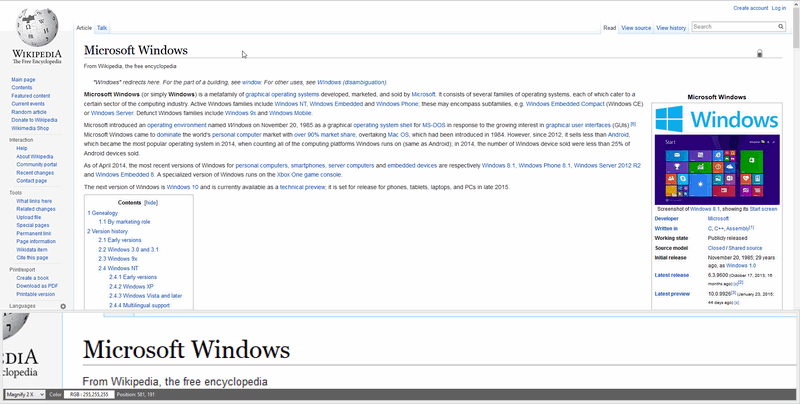 All three of the programs that we looked at have their fans, and for good reason. They’re all highly competent and accomplish what they set out to do, adding more features than standard. We’re hard-pressed to choose a favorite since their use can be justified.

Magnifixer is outstanding for graphic design, though our first port of call would be OneLoupe if you can install software to your computer.