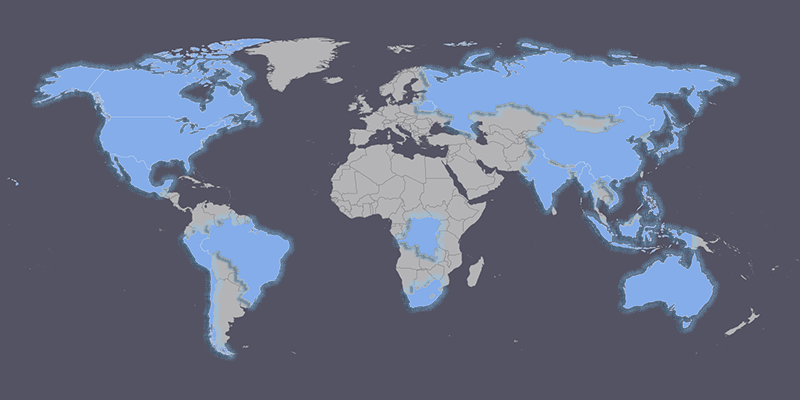 Your phone has probably been to more countries than you have. That’s because it also contains more pieces of the periodic table than you do: a study found that the average smartphone contains about 62 distinct elements out of the 83 stable, non-radioactive elements in the periodic table as opposed to the paltry eleven non-trace elements identifiable in the human body.

You don’t get all 62 of those elements from the same place, and some of them are only available in a few places on Earth, meaning that without a global supply, chain not even China, with its disproportionate share of resource production (over 90% of rare earths!), could feasibly produce smartphones as they currently exist.

The exact origin of the raw materials processed to make a particular phone is pretty difficult to trace, but most of the major elements tend to be mined by just a few big players who happen to control the biggest and most accessible natural deposits.

Not all phones contain the same elements, but the below materials are some of the most common and essential. This isn’t a comprehensive list, but it does account for the majority of elements you can expect to find in the average phone. Each image only shows the top three resource producers – try counting how many of them include China! 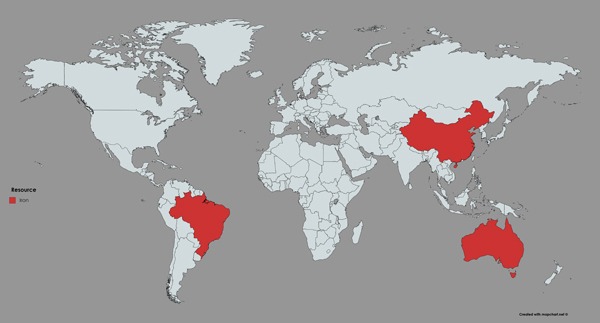 Iron is a fairly common and non-controversial element: it’s plentiful in the earth’s crust, and its negative impacts are mostly related to the environmental damage caused by mining operations. Your smartphone probably contains small amounts of iron in several different components, especially the case (if it’s not aluminum or plastic). 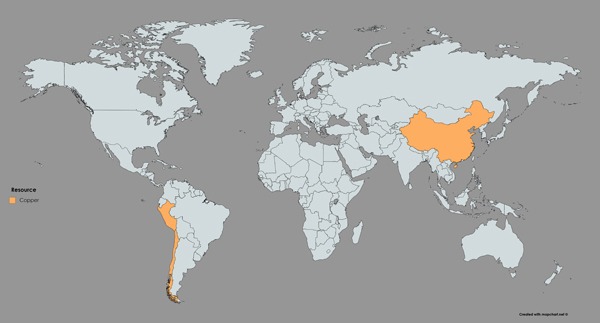 Copper is vital to pretty much everything that uses electricity, including phones, since it’s such a great conductor. It’s also at its most abundant in Latin America, with Chile’s reserves being some of the largest and most productive. 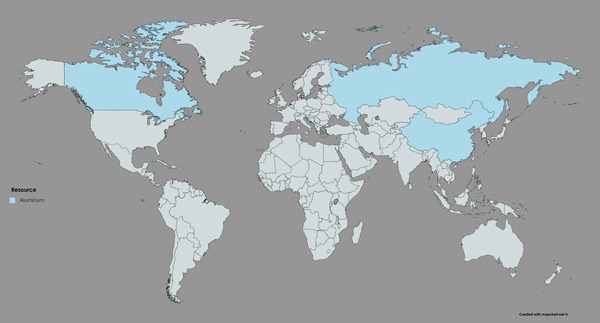 Phones containing aluminum will typically have the highest concentration in the case,  but that’s not even its most vital use. It’s actually fused with silicon to create aluminosilicate glass, which is far stronger than normal glass. China dominates aluminum production by a large margin right now, so it’s a fair bet that a made-in-China phone also uses made-in-China aluminum. 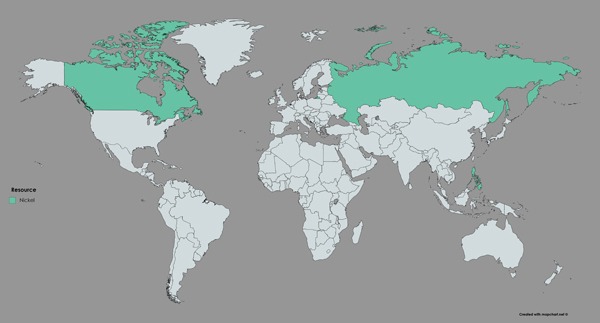 Nickel goes into a lot of different things in your smartphone: it’s can get very thin and stay strong, it helps block electromagnetic interference, and it’s a good conductor. Unfortunately, it can also cause a lot of pollution, can cause allergic reactions, and it’s actually estimated that available reserves will be depleted in a few centuries. 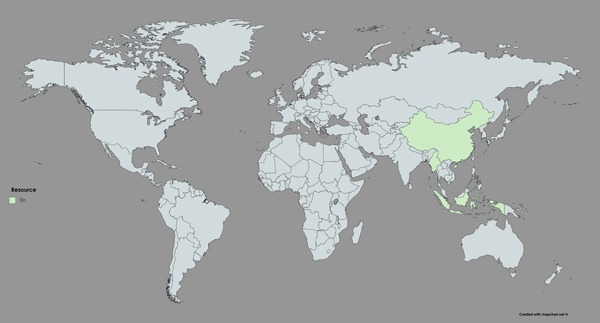 While its main use is as the solder that can hold other materials in a smartphone together, tin is spread throughout many different pieces of your phone. It’s particularly important as an ingredient in the indium-tin oxide that helps touchscreens conduct electricity. Many tin mines have come under scrutiny for poor working conditions, though, health problems among miners are widespread. 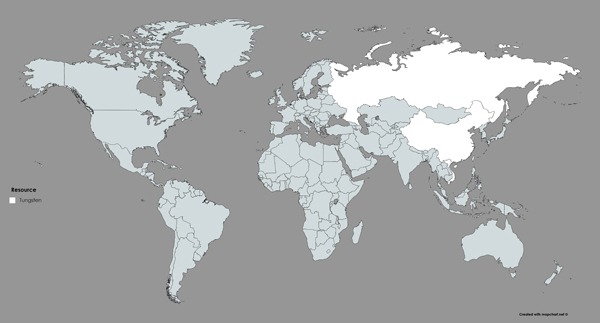 You may have noticed that China produces the vast majority of tungsten. This is because it also has most of the known global reserves. This super-dense material is generally used as the motor-driven weight that causes your smartphone to vibrate. 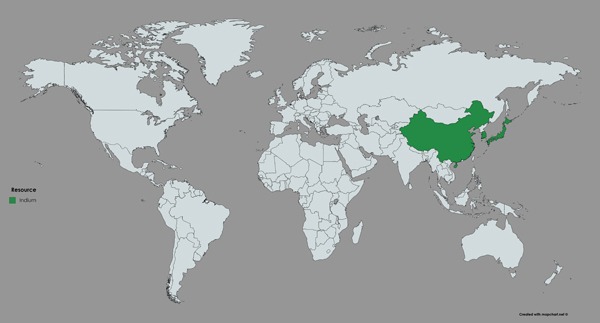 This little-known element is what makes your touchscreen work. Without it (and there is no known substitute, except maybe graphene), you wouldn’t be able to hit virtual buttons, type, or doing anything on a screen. Its transparency and conductivity make it invaluable. 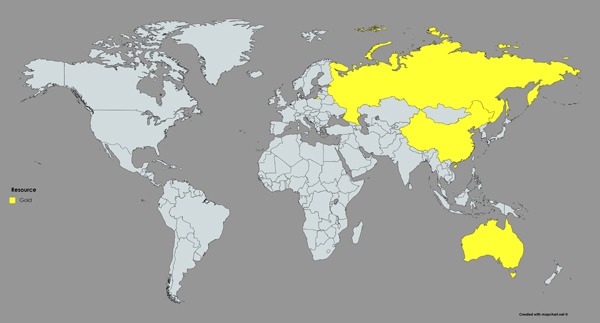 Since it doesn’t corrode or rust and also conducts electricity very well, gold is often used as a coating for electrical and signal-transmitting components in phones. 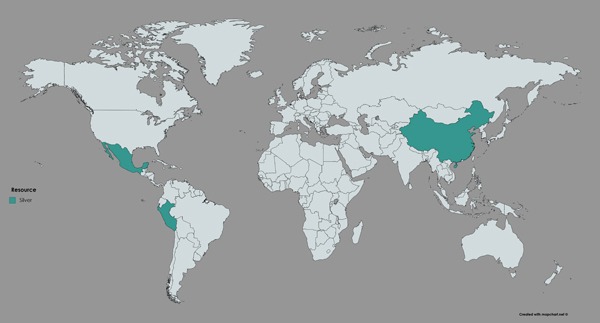 Use: Circuits, conductors, other electrical components

It’s like gold in conductivity and malleability, but cheaper, and therefore a little more plentiful in your average cell phone. 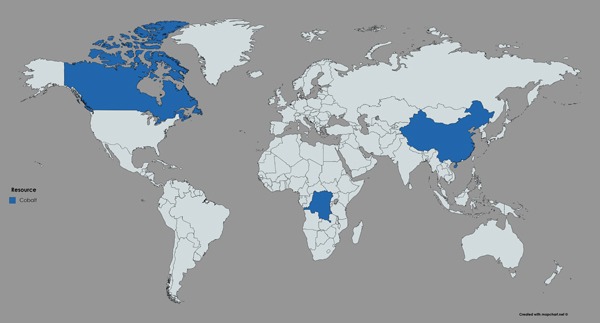 Cobalt is very important to making functional lithium-ion batteries, but it’s also a very controversial resource. The vast majority of it is produced in the Democratic Republic of the Congo, a country known for instability and widespread exploitation of labor, and there’s no easily workable alternative in terms of either technology or supply. Many battery companies are actually working on eliminating cobalt from their products, but it may not be that easy. 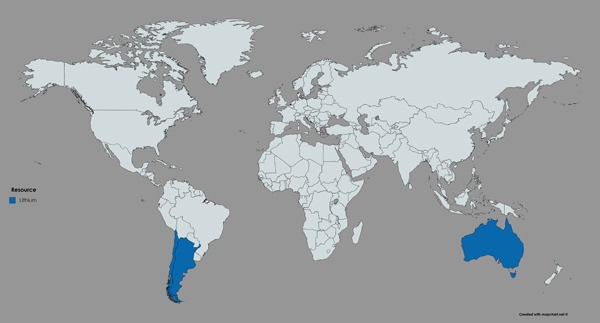 While it is used in a few different industries, you know it best as the main ingredient in your batteries: lithium. Mostly produced in Australia and South America, there’s still no good alternative, but research is being done into materials that will better suit our battery needs in the future. 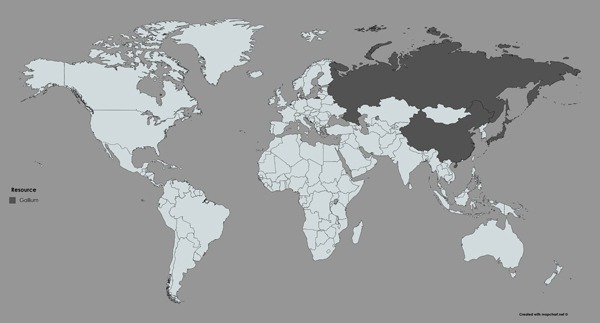 Gallium is an important component in the production of semiconductors, meaning it powers your phone’s processor. The market is mostly dominated by China, and there’s really no viable alternative to the material. 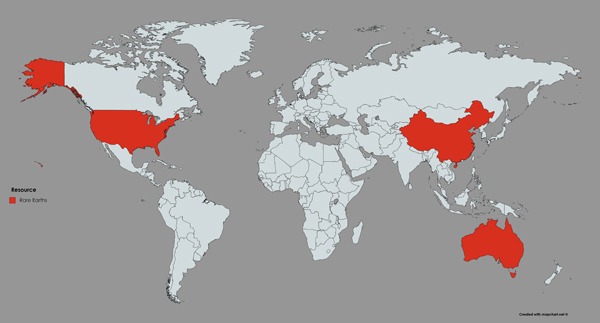 Rare earths are actually metals, and out of the seventeen of them that exist, sixteen can be found in smartphones. They’re called “rare” because they’re typically not found in large concentrations, making their extraction quite difficult and expensive. Many of them have no close substitutes: without neodymium, for example, we wouldn’t have the powerful magnets we need to spin electric motors, vibrate our phones, or even hear music through our headphones.

Rare earths are pretty much only produced in China, which has both large natural deposits and relatively cheap labor, which makes the highly labor-intensive extraction process much cheaper. This has been concerning to many other countries in the past, as export controls on rare earths could disrupt a lot of worldwide industrial production, but mining operations in the U.S and Australia, which also have sizable deposits, have a hard time being profitable with China as a competitor.

Sources for the numbers and other data:

Maps generated by MapsChart.net and AmCharts