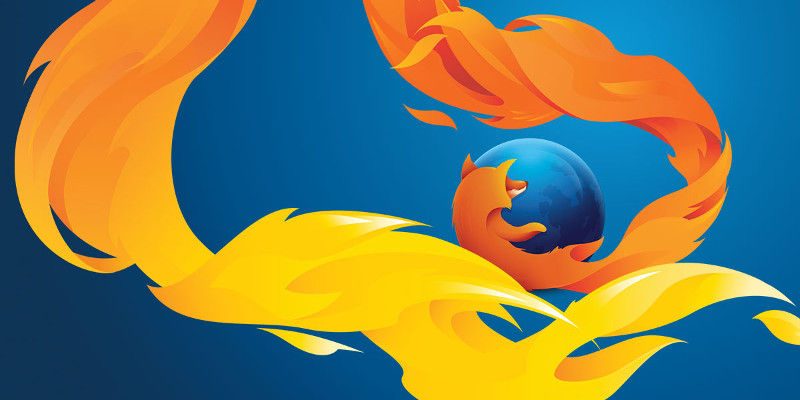 Some big changes are afoot with Mozilla’s flagship web browser. Last year the company introduced a little something called WebExtensions to Firefox 48. This is a new API for extensions that Mozilla wants to introduce to its browser which will eventually phase out the old, yet highly successful, APIs that the company’s been using until now.

This has left some Firefox users concerned, as it’s not yet entirely clear what’s required of existing extensions for them to be compatible with WebExtensions, which will eventually be mandatory for all extensions running on Firefox. Here’s everything we know about it so far and how it will affect you.

Why Is Mozilla Introducing WebExtensions?

Currently the vast majority of Firefox add-ons are made using XUL and XPCOM, as well as the Add-on SDK which lets people use traditional technologies like JavaScript, HTML and CSS to create add-ons. This system of extension creation has worked great until now, but Mozilla says that powerful though it may be, it leaves extensions open to security risks and prone to becoming incompatible when you update your browser.

By the end of 2017 WebExtensions will be the one-stop shop API for extension development on Firefox, rendering all the above methods redundant. Mozilla claims this will make extensions more secure and stable in the long run and make it much easier to port them between different browsers based on Chromium, such as Chrome and Opera.

All This Is Connected to Firefox Going “Multiprocess”

Currently, when you open a Firefox window, everything from the browser itself, to the extensions, to the web pages, runs as a single process on your PC. This means that if you have multiple tabs and extensions open, the functioning is intertwined, so if one thing runs into trouble, then others may also be affected. With multi-processing, you reduce this instability at the cost of more RAM being used (a common complaint among users of the multi-process Chrome browser). Ultimately, going multi-process should speed up and smooth out the web-browsing experience for anyone with a decent PC and help the browser catch up in performance (and uptake) with the dominant Chrome.

Below you can see how many processes a typical Chrome session is split into as opposed to Firefox. 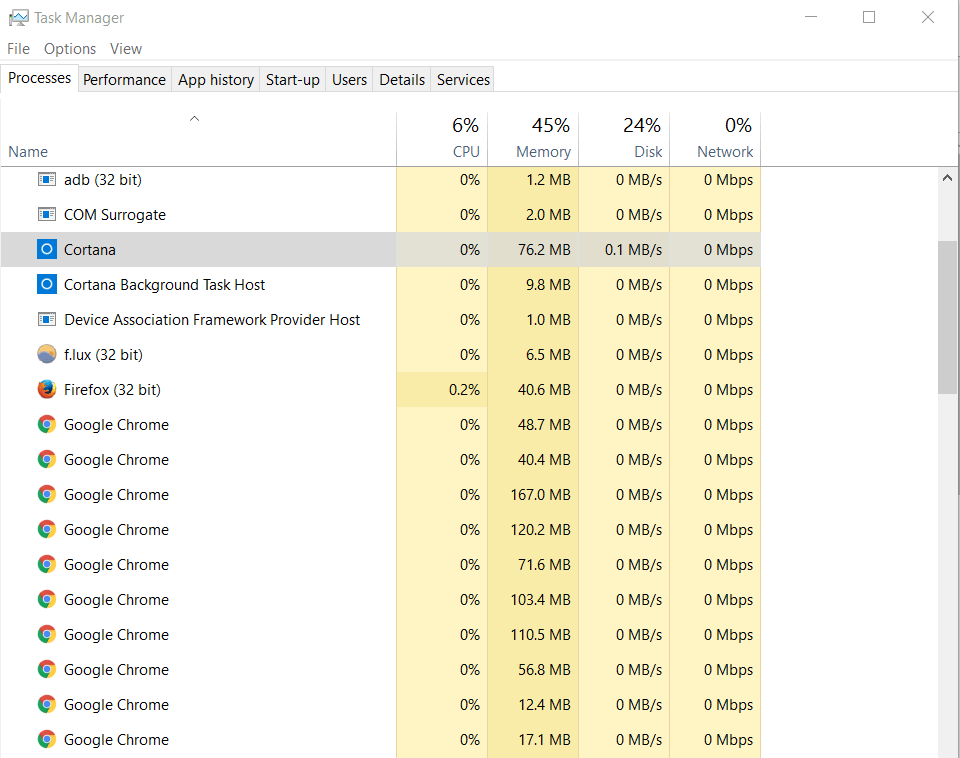 Multiprocessing will be implemented using something called Electrolysis (e10s). On the most recent Firefox builds, you can actually switch on Electrolysis yourself to start using multiprocess Firefox (bearing in mind it’s still in its testing phase). To do this, go to about:config in your Firefox browser, then search for browser.tabs.remote.remote.autostart. Right-click it if it’s “false” and set it to “true.” Congratulations, you’re now a pioneering user/tester of multiprocess Firefox. 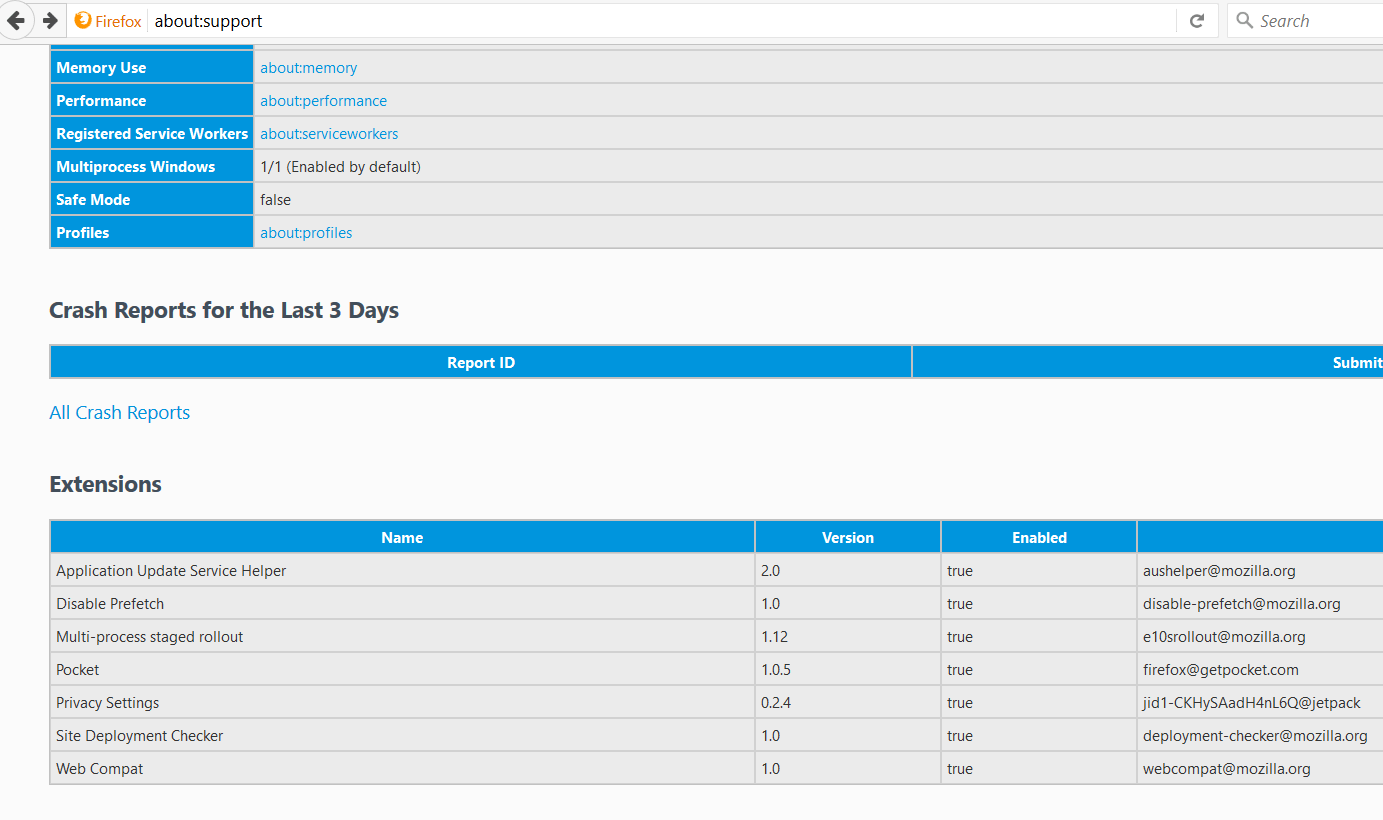 Why Are People Concerned?

This seismic shift in Firefox’s under-the-hood functioning would render many of the current Firefox extensions useless, and the WebExtensions API is intended to make extensions function (better than ever) with a glossy new multiprocess Firefox. People are worried because many of the biggest extensions don’t receive updates any more and may not get the tweaks required to work with the new WebExtensions API which will be in full force by the end of the year.

So there may be a rough transitional period, during which you may find your favorite extensions not working. Mozilla has, however, given ample warning for this to happen, and there’s a whole system in use that has already started enabling the WebExtensions API for extensions that have notified themselves as compatible with it. Quite a few extensions are already compatible with it, and that number’s only going to increase.

For people who pretty much have their Firefox organized and set up just how they want it, such a big change may seem unwelcome, but in the long run it’s a long-overdue modernization of Firefox to bring it in line with its competitors.

Along with WebExtensions, Mozilla is also introducing improved sandboxing which will increase security by filtering the level of access web processes have to Firefox and your PC.

Big changes can be scary, and they can also be a bit rough as certain extensions may not be compatible straight away, but in the long run it’s probably for the best for a browser that’s fallen behind its competition in recent years.