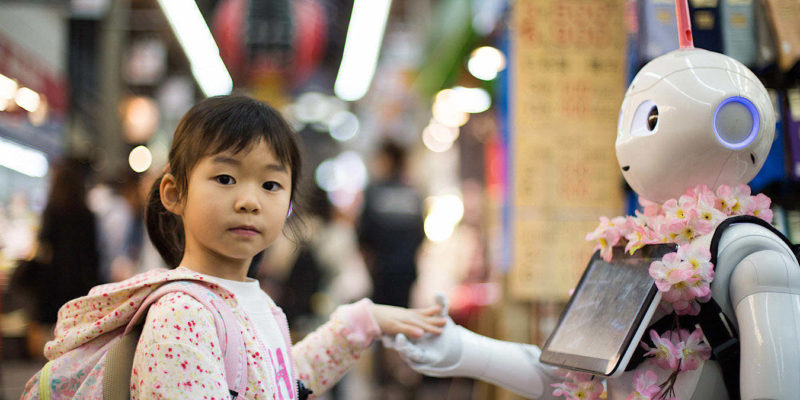 We were promised certain things about the future, via movies and television shows, such as Star Trek, 2001: A Space Odyssey, the Jetsons, and even books such as 1984. (Although granted, that is now thirty-five years in the past, a scary concept.)

One of the things we were promised was a prevalence of robots to handle our daily lives. However, this has not really come to fruition just yet. When we do reach that point, what tasks do you wish you could give up to a robot?

Miguel would give up washing dishes and buying that one fitting he forgot to get when he was out getting what he needed to fix the plumbing. He’d also give up “getting a beer from the fridge while I’m too lazy to get my entitled ass up.”

There are probably many people who would like that same robot.

Alex wishes he could give up driving to a robot. He admits he hates it and is bad at it and that it’s dangerous and stressful. There’s no upside for him, so he’d love to give that up to a self-driving car and spend his commute reading or writing. “I’m anxious for that day, though it will be decades from now, when I can commute everywhere by self-driving car. I just hope it comes soon!”

If it’s left up to auto and tech companies, it won’t be “decades” and will just be a number of years, so we’ll have to wait to see if Alex gets that reprieve he’s waiting for.

Alex would also love to see the Rosie-type robot from The Jetsons that does household chores while also being sassy with you. “Like a mouthy Roomba with arms.”

I’ll take that, but I don’t want to deal with the sass!

Sayak wants in on Miguel’s robot, noting that even the most modern dishwasher can’t take away the monotony of scrubbing pots and pans or tea stains. He notes that in the 21st century we do have wonderful inventions for some daily chores such as folding laundry, mopping the floor, and cleaning the toilet.

“But in the end, you still need a human behind all this to organize all the stuff,” he notes, adding that a smart robot will put an end to the “It’s whose turn now” argument.

I need that folding laundry robot. If that’s readily available, I’m all in.

The other one I would like to give up to a robot would be the cooking chore. We’re getting close in the IoT world, but we’re still not quite at the level of the cooking device from The Jetsons. I want to be able to say, “Make me some fettuccine alfredo” and have it appear in two minutes.

What help are you looking for? Driving? Cooking? Folding laundry? Grabbing you a beer? Tell us in a comment below what task you wish you could give up to a robot.