At this year’s Nvidia conference, the company peeled back the curtain on its newest lineup of graphics cards, called the RTX 20XX. The company promised that these cards would revolutionize the way graphics work in gaming for the next decade or more, and the secret to why that is can be found in the switch from the “GTX” moniker, to “RTX.”  The “r” in RTX now stands for “ray tracing,” a technology that’s been a part of the visual effects industry for years but has now finally made the leap to gaming, thanks to some clever artificial intelligence systems behind the scenes.

But what exactly is ray tracing, and why is it so important to the future of gaming?

How Light Works in Gaming Today

To understand what ray tracing is, first you have to know how light works in the real world. When a source projects a beam, or “ray” in this case, of light onto a surface, that surface can do one of four things with it: absorb it, reflect it, refract it, or fluoresce it. The difference in these four actions will dictate how an object looks under a particular source of light.

Normally, asking a computer to simulate all four of these states and their reaction to a light source is a hugely resource-intensive task, which means that gaming developers have to come up with a cheaper solution to fake the same result. For years, 3D gaming has used a bit of a cheat to get light to look like it’s organically bouncing off an object using a technique known as “rasterization.”

Rasterization converts 3D objects into 2D pixels and processes that light that way, and then fills in the missing details with shaders. This is good enough for consoles and most PC games, but as we move ever closer to the realm of 4K gaming, the same lighting techniques that we’ve used for years simply don’t hold up to that same level of scrutiny. 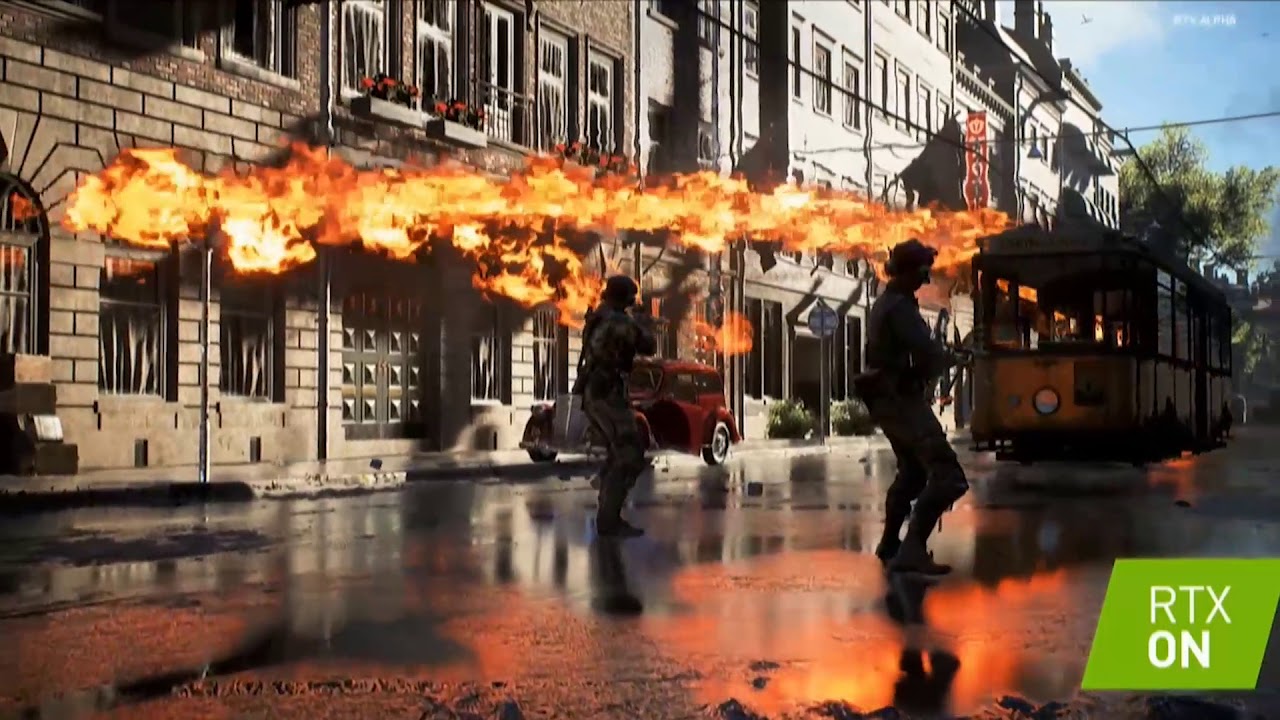 This is where ray tracing comes in. As we mentioned in the previous section, visual effects studios have utilized ray tracing for years on big Hollywood films, but this is only because unlike real-time graphics, Hollywood has the luxury of being able to send their effects to what’s known as a “render farm” and spend hours, days, and even sometimes weeks rendering the lighting for a single scene.

Interactive gaming needs to be able to produce these same lighting effects in a dynamic changing environment, which is why until now the technology was reserved exclusively for movies due to the high processing power demand. With the release of the RTX cards, though, Nvidia says that thanks to some clever AI integration, the era of real-time ray tracing has finally come, and it looks better than any of us could have expected.

Ray tracing simulates every aspect of the light source and its refraction properties as they happen in full 3D. This makes for a much more natural and realistic-looking scene and brings gaming graphics that much closer to the photorealism we’ve come to expect from our favorite films. That said, the only cards that will be able to run ray trace-enabled games (like Battlefield V) are Nvidia’s line of RTX cards and AMD’s upcoming Vega line.

Ray tracing has the potential to change the way we look at gaming forever, and full scale implementation of the technology that makes it work is only a few short months away.

A tech writer with seven years of experience in the industry, Chris Stobing has come to MakeTechEasier to do one thing and one thing only: make tech easier for the people who need it!

How to Fix Overscan and Underscan Between a TV and Computer