While on a project, where money was scarce, we were scrambling around looking for a free or open source HTML editor that can provide us the same functionality as Adobe Dreamweaver. During my analysis of the different HTML editor out there, I came across Amaya. What intrigued me about it was that it was created by the World Wide Web Consortium (W3C). As someone who loves Dreamweaver, I thought that I would never find something comparable to it that was free (open source), but I was wrong.

Amaya is an open-source HTML editor created by the W3C. If you don’t already know, W3C is an international community that develops Web standards. It was founded by Tim Berners-Lee, who is credited as inventing the World Wide Web. In 1998, Amaya was invented. Since then, there have been various releases that have given more functionality to Amaya. 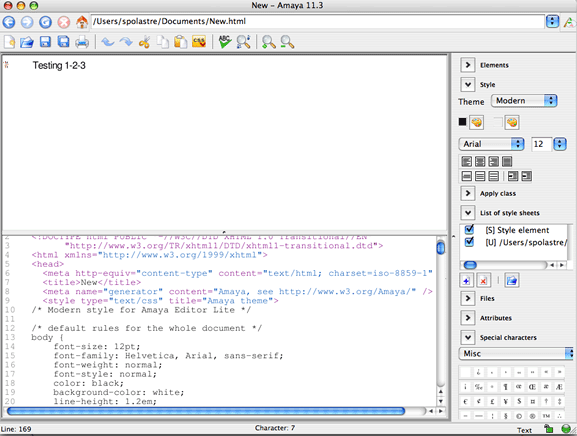 Amaya is the most user-friendly HTML editor that I have come across. One of its features that is very similar to Dreamweaver is that you are able to split the screen to view the visual editor and the HTML code. In this way, you are able to code while seeing the changes, or you can do the other way around. It’s a great way to learn HTML, if you don’t know already. On the sidebar, you are able to easily modify the HTML, like in Adobe Dreamweaver. Different profiles can change the way they see the sidebar displayed.

Another great feature is the CSS functionality. With the press of a button, you are able to create a CSS stylesheet. You do not have to know CSS in order to create one, which is great for people trying to learn CSS and/or if you are trying to design a stylesheet quickly. This is a great way to have your site’s formatting and style be in a different file than the HTML code. It provides a way to add flexibilty to your web site/blog. It also has a debugger to check your code for errors. 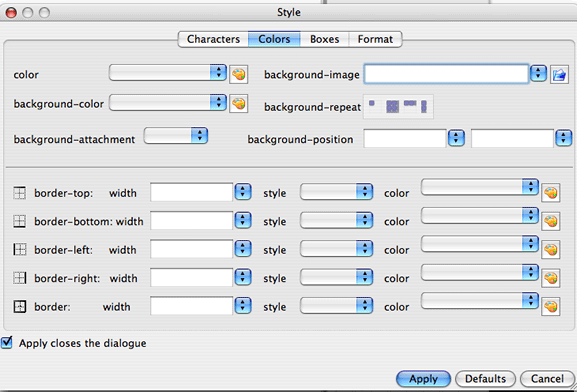 One good thing about Amaya is that it allows five different user editing profiles, so if someone wants to change the behavior of the Amaya tool, he/she can have his/her own profile that is different from someone else. In addition, Amaya runs on Linux, Mac, and/or PC, so regardless which OS you are using, you will be able to use Amaya for your coding project.

What’s can be improved on?

Amaya is a quick and neat HTMl editor. I couldn’t find any issues, except that it needs to keep up with the new technologies. For instance, it isn’t made to build smartphones apps, which I saw in other free HTML editors. It also doesn’t support Ajax, which is being used more and more.

When it comes to features, Amaya is definitely not on par with Dreamweaver, but if you are looking for a free, simple, and useful HTML editor, then Amaya is a good candidate.

Have you use Amaya before? Tell us what you like/dislike about it.