There certainly are a lot of premium video services on the market today. You have Netflix, Hulu, Amazon Prime Instant, and just recently, HBO Now. This new service from Home Box Office is pretty great. It allows you to check out all of HBO’s content without having to subscribe on cable. Brilliant. They’ve even got an Android app and an iOS app (both of which work pretty well).

There is one thing that doesn’t work very well, though – Linux support. If you try to watch your favorite HBO content on your Ubuntu machine, it just plain won’t work, and HBO officially doesn’t support the platform.

In order for HBO Now to work on your system, you’ll need to install a program called “Pipelight.” This program makes it possible to run Windows proprietary plugins in Linux browsers with the help of Wine.

Note: this method will work on other Linux distributions besides Ubuntu as well.

Install the program in Ubuntu by entering the following into your terminal:

After the PPA has been added, you’ll want to update your software sources to reflect the change you’ve made.

With the software sources updated, it’s time to install Pipelight.

Then, once the plugin is in your system, you’ll need to run this command to update it.

Since the plugin loads in the Windows version of Flash Player, it’s a good idea to remove the Linux one so that they do not conflict. If you need flash to browse other content, consider just using Firefox for HBO Now, and Chromium for other things.

Note: Pipelight can only be used in Firefox.

Now that the Linux Flash Player is out of the way, it’s time to enable all of the Windows plugins that are needed.

After that, quickly update Pipelight to reflect the new changes.

Now that Pipelight is fully configured, the only thing left to do is update Firefox.

All of the Pipelight business is taken care of. Your Ubuntu Linux machine should have no issues (in the software department) playing the locked content provided on HBO Now. However, there is one more thing that needs to be set up: a user agent switcher to be exact. 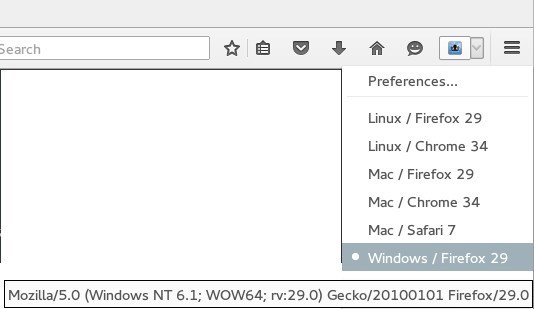 Download this addon to your Firefox. Once it’s installed, use it to change your user agent in Firefox. You’ll need to select the “Windows / Firefox 29” option. If successful, Firefox will tell HBO Now that you’re using Windows and not Linux.

HBO Now is a great service; it’s just a shame that it’s not possible to be used on Linux without jumping through massive hoops. I hope that one day HBO will realize that Linux support is a worthwhile endeavor. For now, it looks as if Pipelight may be the only way to enjoy the service on Linux.

What do you think of HBO Now? Would you like to see official Linux support? Tell us why below!