It was disappointing, to say the least, to find out that Siri Assistant will only be available on the new iPhone 4S. Those of us with iPads, iTouches, and older iPhones are out of luck. This, of course, is despite that app always being available before on the other devices. Apple bought the app and integrated it into iOS 5, but is only making it available to the newer device. There are rumors to why this is, but the fact remains that currently it’s only available on other devices if they are jailbroken. Not that iPad and older iPhone users are left out in the cold, though. The Vlingo app will do much of the same voice recognition.

Vlingo can be added to all devices, yet the visual isn’t as great for iPads, as the app is designed for the smaller screens of the iPhone. Regardless, it works just the same. If you’re just looking for a device you can verbally tell what to do, the lack of great visual display really doesn’t matter too much. Additionally, it has a few less functions, simply because the iPad has less functions. For instance, you can’t make phone calls from the iPad, other than with Skype or similar, so this capability is left off Vlingo on the iPad as well.

After the initial download, Vlingo asks you to accept its terms and conditions, asks if you want it to track your contacts to speed up the processing, and also gives you a quick tutorial. You’ll be up-and-going with the app within minutes. 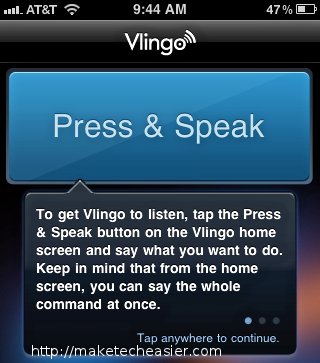 Vlingo allows you to give it spoken directions. You just have to speak into the device and tell it exactly what you want it to do, and it carries out your directions. It may not be so quite as much of a “personal assistant”, but it definitely fulfills expectations of a voice recognition software. 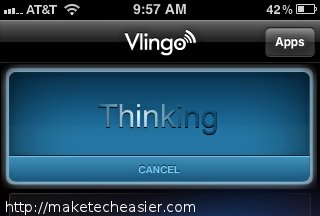 The app will place calls for you based on what it recognizes from your Contacts list. I simply said, “Call Jeff” and it recognized my command and place a call to him right away. It switches the app to the Phone app, so you aren’t actually doing it through Vlingo. 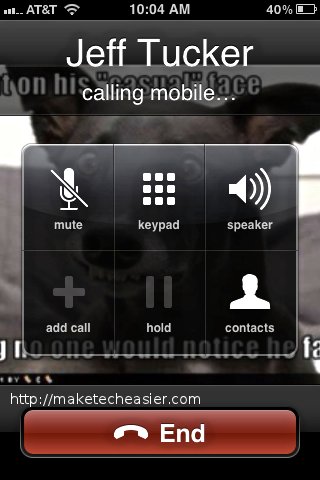 Texting on Vlingo works very much the same. I told it “Text Sue Mom getting out of the hospital today.” I decided after the fact to add on “probably,” and was able to make that quick edit via the keypad. It initiated a text to Sue with the message, and allowed me to make any edits. Clicking “Next” is a bit confusing. It seems as if it would ask you for more information, but instead, clicking this actually sends the text. 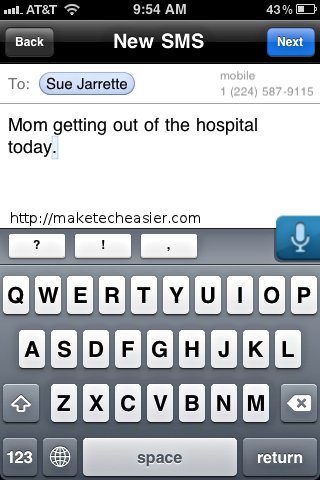 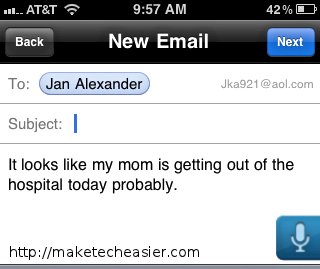 Vlingo will also update your social networks for you. It can send updates to Facebook and Twitter. I told it “Facebook Update Testing out Vlingo,” and it initiated this Facebook Status for me. Again, it allowed me to make any edits I wanted before clicking “Next” and having it send. 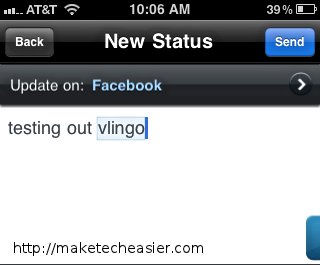 The services of Vlingo are not just limited to communication with your contacts. It will also do Google or other search engine searches. I keep forgetting when the new Adam Sandler movie “Jack and Jill” will debut in theaters, so I told it, “Google when Jack and Jill movie will be out.” Indeed it googled this information for me. 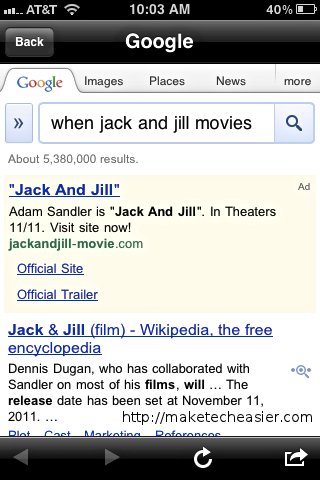 The Vlingo app will also find business for you. I wanted to know where I could find the closest free Wifi. I asked it to “Find Free Wifi,” and it gave me first a visual list, then allowed me to find these locations on the Map app on the device. After it opens the Map app, you can then have it give you directions to these locations as well. 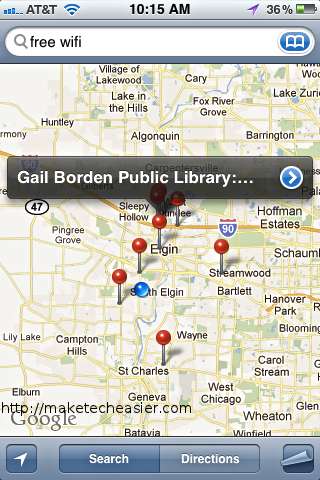 The only downside to Vlingo is that it does require you to open the app and touch the screen to initiate these directions. It’s not completely hands-free, yet is still a much better option if you’re driving on the interstate and suddenly find the need to call home or email your business partner. If you keep it handy on your home screen, it’s just a quick tap to open the app, another to initiate the spoken directions, and a third to send. That’s what stoplights are for.