We all listen to music on our computers, but not all of us know how to organize our music library well. This article will show you some useful tips to organize your digital music into a collection inside Windows that is both attractive and well-ordered.

Music is one of the biggest passions in my life, both as an (amateur) musician and as a regular listener. My most used platform for listening to music is my laptop, and since Internet is my main source to obtain it, I take the organization of my digital music library very seriously. When I browse through my friends’ computers and their music players, such as iTunes and other related programs, I tend to see massive confusion even inside the players. In most cases, the player splits one album through various artists, assigns an album to the wrong artist, or messes up the year or genre. But how can these errors be fixed?

First, you should establish your own nomenclature for the files. It does not matter so much how you do it, just each new file you add to your collection should follow the same format. For example, I use “01 Song Title.mp3”, which is the number of the song according to the album’s track list, followed by the title of the song. I always capitalize the first letter of each word. 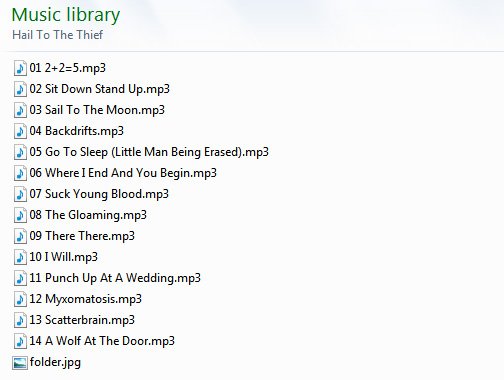 2. Get the right album cover

The next step is to download the album’s cover as a decent-sized JPEG. Name it “folder.jpg” and store it inside the album’s folder. Naming the cover “folder.jpg” works for two things. First, it is a trick that works in every Windows folder which adds that specific image to the folder’s icon. In addition, many music players fetch the album’s cover searching for a file named “folder.jpg” inside the directory holdings the music files. Your collection will become attractively organized, and your player will be more effective fetching the album’s cover. 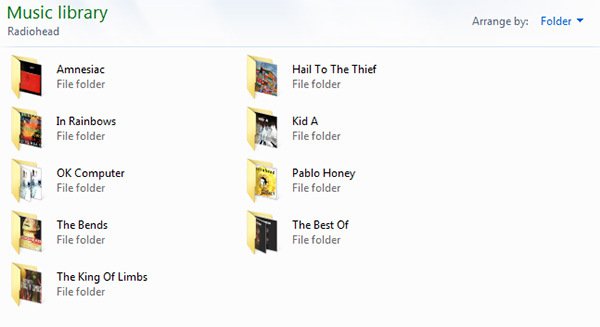 Apparently, Windows Media Player 11 messes up with these “folder.jpg” files, marking them as system read-only files, which hides them from Windows Explorer. Here’s the fix:

2. Change directory to the root of your music library (using the “cd” command)

3. Type in the command below:

This should make the folder.jpg visible again.

The next step is to organize the tags for the files. Windows itself provides you the tools to do this (right-click the file -> Properties -> Details tab), but it is easier to do this in a bulk way, using a third-party software. I use “Mp3tag,” but there are many other options. Tags that you will need to edit include the “Title,” “Artist,” “Album,” “Year,” “Track,” “Genre” and “Comment” tags. “Artist,” “Album,” “Year” and “Genre” are the same for the whole album, while “Title” obviously varies with each song.

Very often, the albums come with the “Track” tag in a form like “1/10” or “07”; I like to use a singular number – 1, 2, 3 and so on. Finally, I always delete the contents of the “Comment” tag, as it is simply not useful. I also add the album’s cover to the files using Mp3tag. If the files already have a cover assigned to them, I replace it with the “folder.jpg” image I discussed earlier. 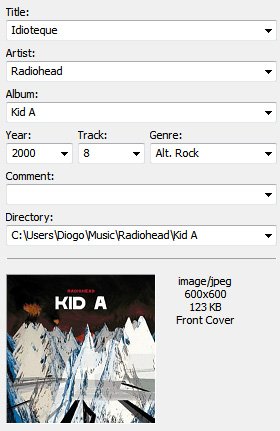 If you follow all these steps, it is very likely that your digital music collection will become more enjoyable while browsing through it. Additionally, the issues inside your music player will be reduced.

Do you have another way to organize your digital music? Let us know in the comments below.

How to Add Album Art to MP3s in Windows 10
6 of The Best Free Music Players for Windows
Adjusting Play Count in iTunes [Windows]
Seize Greater Control of iTunes Through Windows Scripts
MediaMonkey: A Serious Media Organizer – Review and Giveaway
Could Winyl Be Your New Windows Music Player?
Organize Your Windows Desktop with Nimi Places
iTunes 12 – Has It Changed for the Better?