iOS devices all come with the same charging cords and wall units, or at least they look the same. The iPad charger gives a higher charge. These cords and chargers aren’t always the most convenient though. Did you ever wish you had one you could fit in your pocket, you could charge two devices at once, or that you could get your case to work double duty?

There are many third party items on the market that will charge your iPad or iPhone, but the following list of items will also do something a little extra and make life just a little more convenient for you. 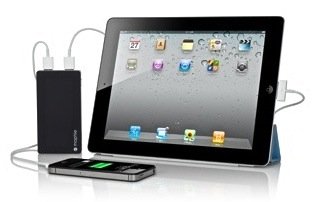 The Mophie Juice Pack Powerstation Duo works with all iOS devices. It features four times the charging speed of normal chargers (500mAh) and allows you to switch between that highest speed (2.1A), as well as 1A and 500mAh. You can also charge two of your devices at the same time. That’s handy for when two devices are about to die at the same time. You won’t be forced to switch back and forth trying to keep charges on them enough to keep one going while you charge the other. The Powerstation Duo plugs into a USB outlet to power on. 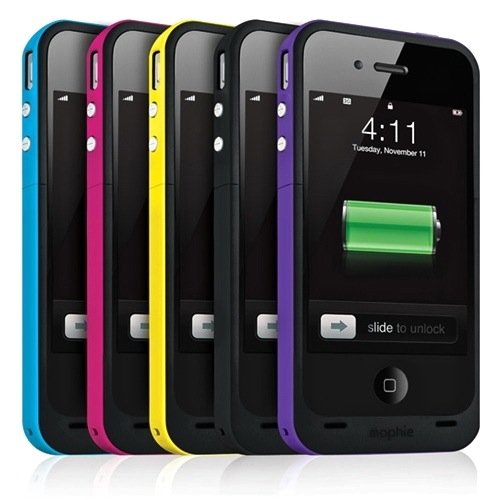 It’s two for the price of one, or at least an expensive price of one that is cheaper than two. This iPhone case doubles as a battery pack. What more could you want? The rechargeable battery is hidden inside the metallic case that comes in a variety of colors. The whole thing is protected by a rubberized band around the outside. It promises to give you up to eight hours of talking time on the phone, seven hours of 3G web browsing, and eleven hours of WiFi web browsing. An LED button on the bottom shows you how much power you have left. 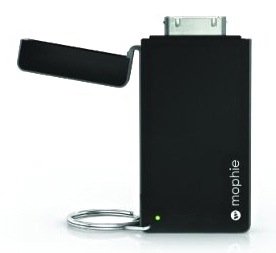 This rechargeable battery resembles a cigarette lighter, although it’s definitely bigger, at .34 inches x 6.75 inches x 4.25 inches. It holds 700mAh and has a built-in USB cable, leaving no cords to worry about. Hanging from a keychain, it can be clipped onto a keyring, a backpack, a purse, or a laptop bag. It’s so convenient you don’t have to plan to take it with you. Just keep it clipped on at all times when not in use. 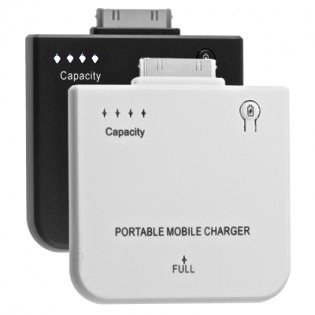 The Stitchway works the same as the Mophie Juice Pack Reserve, except it can be found for much cheaper. You can get it as cheap as five dollars. Instead of slipping it on a keyring, you can just slip it in your pocket instead. It fits well onto the bottom of your iPhone to where it almost seems like it belongs there. 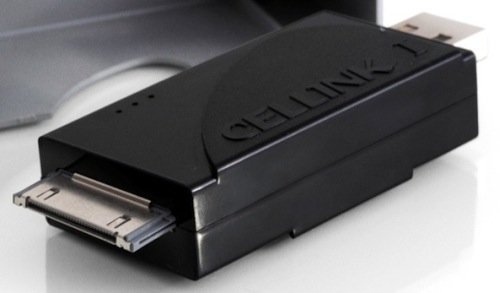 The Cellink I adds another couple of benefits in along with the charging and extra battery power when you need it. It will also do data transfer, and can be plugged into your computer and used as a MicroSD USB Reader. It cuts down on the number of items you have to carry with you when you’re traveling. 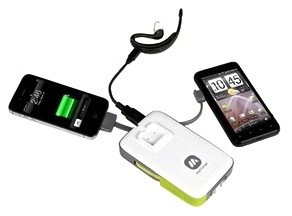 Like the others on this list, the Peak 6000 also has some extra benefits. There’s a wall plug built into it, for one. It flips down allowing you to plug the unit directly into a wall unit to save you from bringing a separate wall plug. It has both a 30-pin connector to charge your iPhone or iPad, and also has an extra USB port to power an iPhone or IPad while it charges a separate device. It won’t completely recharge your iPad, but does give you some extra power when you need it. It will also charge and sync your iPhone and iPad at the same time.

These little gadgets aren’t meant to replace those familiar white plugs and cords, but to make charging iOS devices just that much easier. They make it possible to charge more than one at a time, to travel without so many cords and plugs, and to even offer a convenient way to back up your data.

How to Transfer Voice Notes from iPhone
How to Back Up Your Whatsapp Chats in iOS
How to Set Up an Inexpensive Home Intercom System
How to Set Live Wallpapers on an iPhone
Apple Pay Not Working? Here’s How to Fix It
5 Top Apple Pencil Alternatives You Should Consider Getting
Syncing macOS and iOS: How Do They Connect?
5 of the Best Noise-Cancelling Earbuds