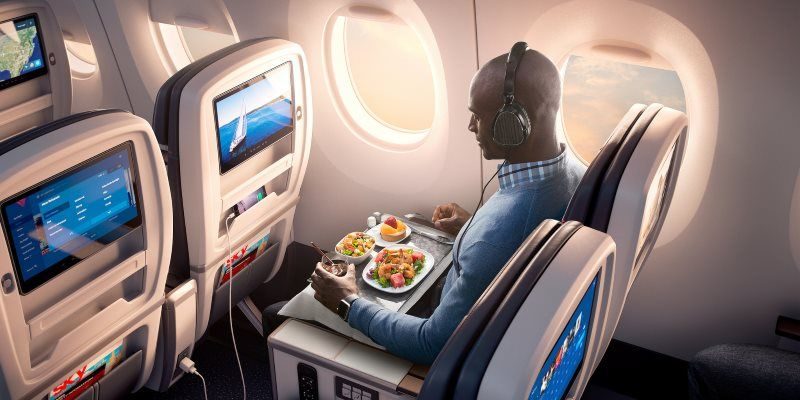 You’re all packed and ready to go for your holiday. You love the in-flight movies, but you hate using headphones that aren’t your own beloved pair. You board the flight, go to plug in your headphones, and disaster strikes: it’s a two-pin socket!

No matter what you do, you can’t use your own headphones to properly listen to the in-flight entertainment. This is very frustrating, and raises two very valid questions: why is this happening, and what can you do to fix it?

Why Do Airlines Use Two-Pin Sockets?

The reason airlines use two-pin sockets on their planes is a little debated. One on hand it can be seen as a relic of older times. Planes rolled out two-pin sockets in the 70s as part of the tube-based audio system they used.

As technology jumped to electronic headphone systems, the old-fashioned two-pin sockets stuck around. While some modern planes have since been updated to use single ports, older planes will still have these two-pin sockets.

Regardless of which theory you think sounds better, this problem is easily defeated without jumping through the airline’s hoops. This is achieved by an airline headphone adapter which converts a standard one-pin headphone jack into a two-pin connection. Plug your headphones into the adapter, then the adapter into the two-pin socket, and you’re good to go!

Find out below what kind of adapters are available and which one is the best for you.

Related: In-Ear vs. Earbud Headphones: Is There a Difference?

For Lone Travellers and Couples 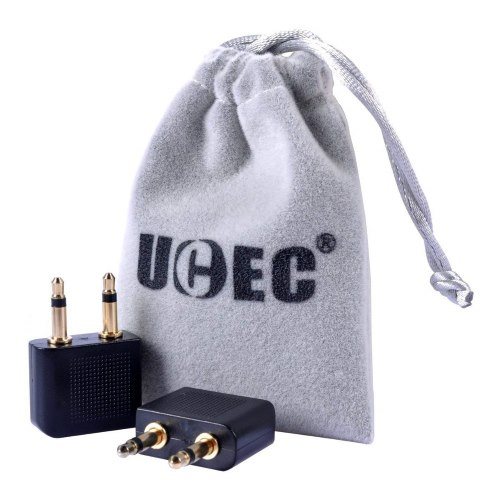 Whether you’re on a voyage by yourself or enjoying a holiday with a partner, the Airplane Headphone Adapter by UCEC is a welcome addition to anyone’s luggage. It comes with two adapters that go from two-pin to one-pin. This is handy for couples as well as single travellers who are prone to losing small items while on the move. They even come with their own travel bag to keep them together and tidy in your luggage. 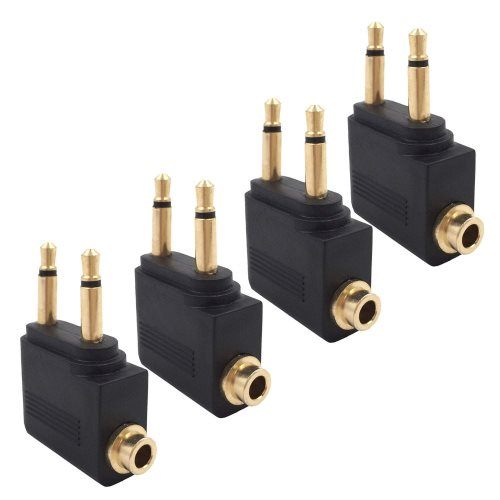 If you want a quick solution to kit out the whole family with adapters, try the 4-Pack of Airline Flight Adapters by Valefod. This is a quick and budget-friendly way to get an adapter for everyone to use, so nobody has to go without or share with someone else. No additional bells and whistles on this one – just a good selection of adapters for a great price. 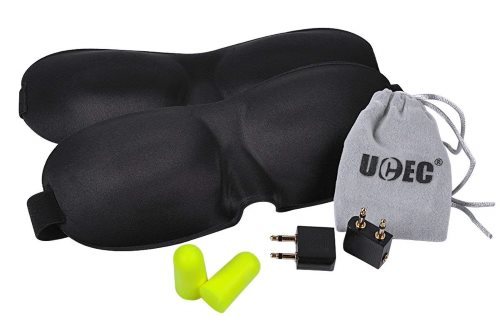 Related: Things to Look Out for When Buying Headphones 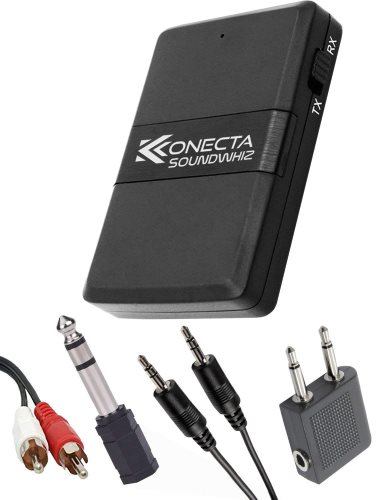 If you’re looking for something with Bluetooth connectivity, first ensure the airline is alright with you using Bluetooth accessories. Some will ban it for the entire flight, while others are more lenient and allow you to use it when the plane isn’t taking off or landing. If you’re absolutely positive it will be okay for you to go Bluetooth, SoundWhiz’s receiver-adapter comes with an airplane adapter built in, so you don’t need to buy a second wired pair just to listen to in flight entertainment.

For the Full Works 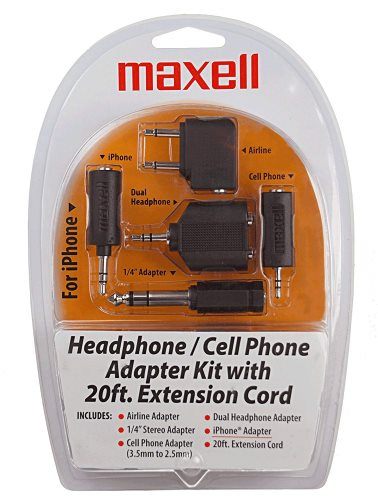 Why stop at an airplane adapter? The Maxell Adapter Kit comes with five different tools, one of which is the standard adapter for airplane headphone sockets. It also comes with a 20ft extension cord, just in case your headphone cable is a bit on the short side.

It can be frustrating to bring your headphones to a flight, only to find they’re totally useless when presented with a two-pin socket. This article has shown you some available adapters and where each one shines.

Which one do you think you’ll get? Let us know below.

5 Top Apple Pencil Alternatives You Should Consider Getting
5 of the Best Noise-Cancelling Earbuds
Tech Stocking Stuffers that Won’t Break the Bank
Top Gifts for Gamers This Year
4 of the Best Budget True Wireless Stereo Earbuds
6 of the Best Tech-Friendly Backpacks
5 Good, Affordable Virtual Reality Headsets for Trying VR Games
The Nintendo Switch vs. Nintendo Switch Lite: Which One Should You Buy?