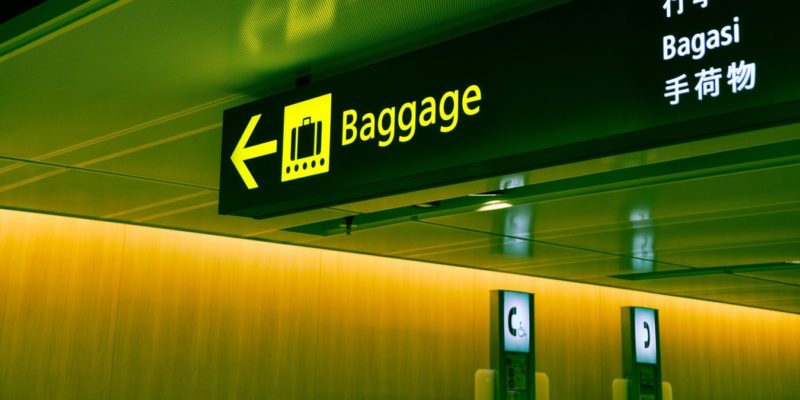 Initially, Google Translate was a Web version for desktop devices, but all that has changed, as you can use the mobile app to translate whatever you want while on the go from your smartphone. It’s as easy as typing in anything, and the app will translate it into another language. You also have other options like using your camera to scan text and get it translated, plus much more.

If you’re traveling to a different country and need to learn basic communication tips or have a manual in a different language that you need translated, here are some tips and tricks to help you use the Google Translate app like a pro.

Related: How to Use Google Translate in Google Sheets

The Handwriting feature on Google Translate allows you to write on the screen, and the app will detect whatever you write and translate it to a different language.

To use the feature: 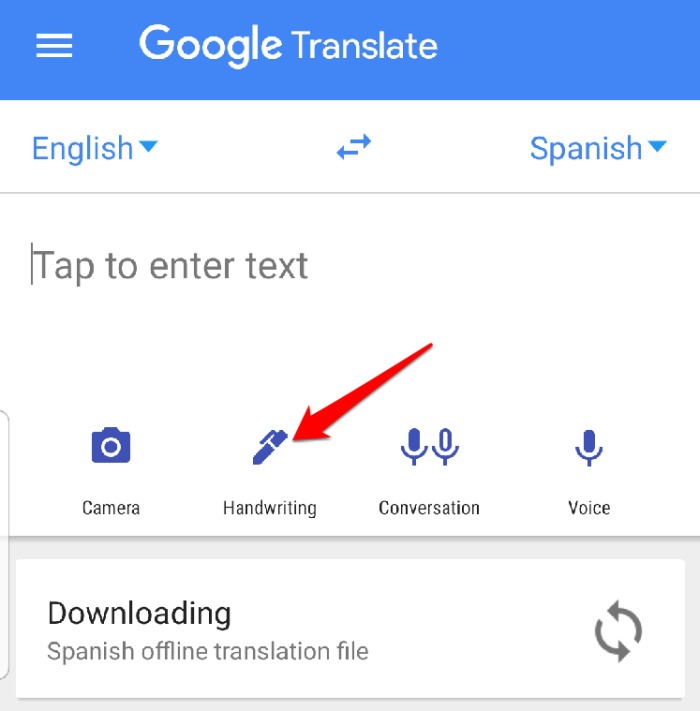 2. Start writing using your finger in the Write here box. Don’t worry if your handwriting isn’t good because the app can detect even the worst of them. However, it’s not necessarily so for every language, so try to write legibly and neatly, especially if you have a stylus or phone like the Samsung Note. 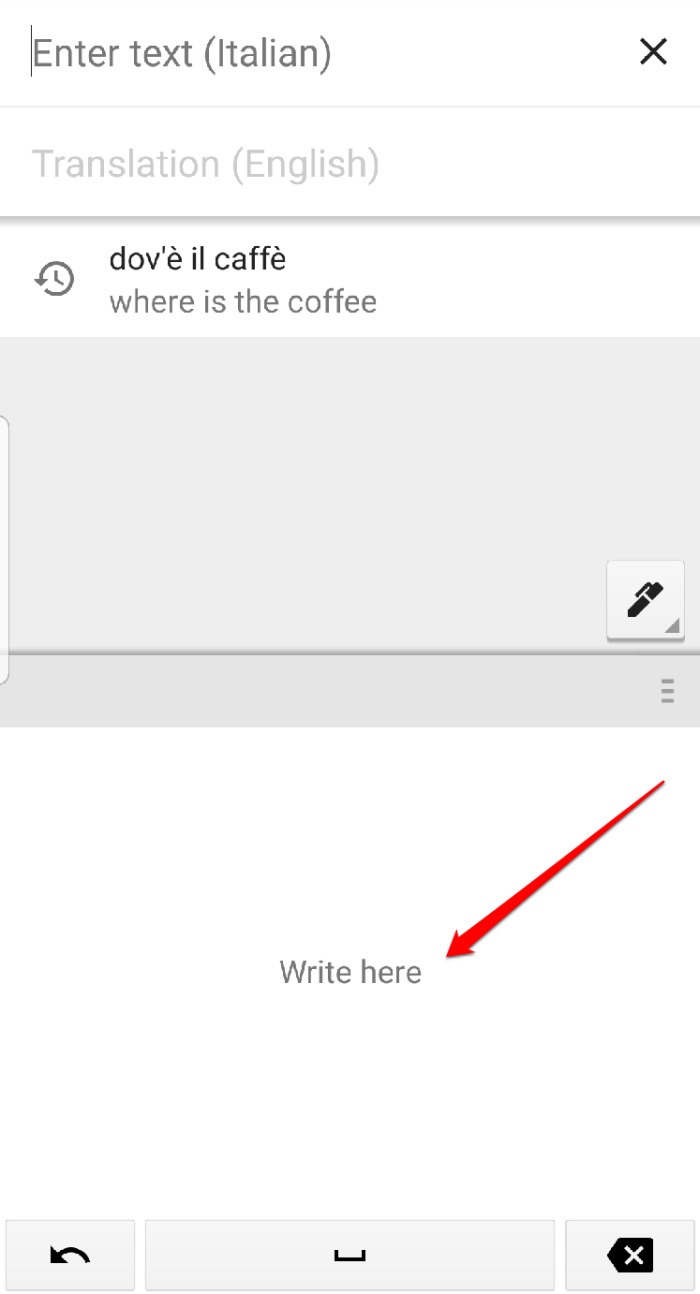 3. If you want to type out the word or phrase instead of using your finger to write it, tap the pen icon (gray).

4. Tap to select Keyboard and type the text.

You’ll notice the app translates the word or sentence above as you write and gives you options to pick from in case it detects the wrong word.

If you prefer talking to writing, you can use the Conversation feature that lets you chat with someone back and forth. The app will translate the speech via your device’s microphone and displays the translated text on the screen.

To use this feature: 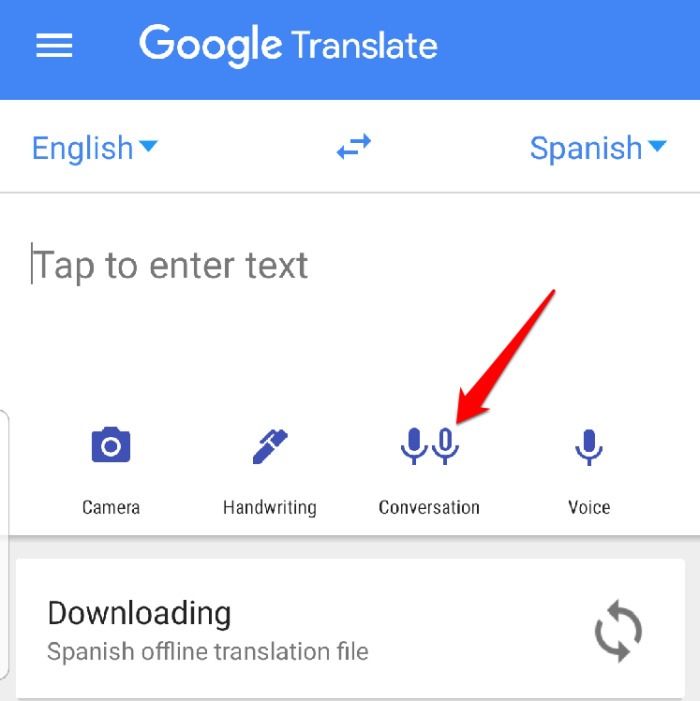 2. Tap the blue circle with the microphone at the bottom-left when you want to talk. 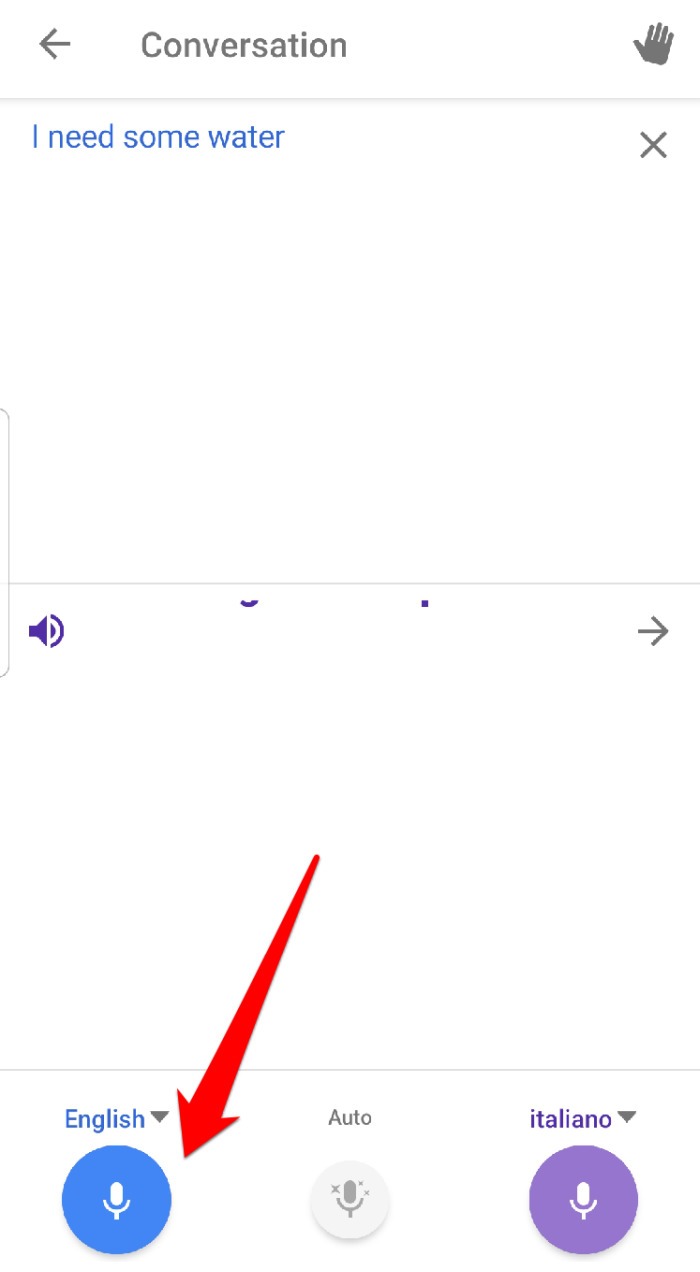 The words you speak will appear in real-time at the top of the screen, and the translation will be spoken aloud depending on the language you choose from the purple circle at the bottom-right corner of the screen. 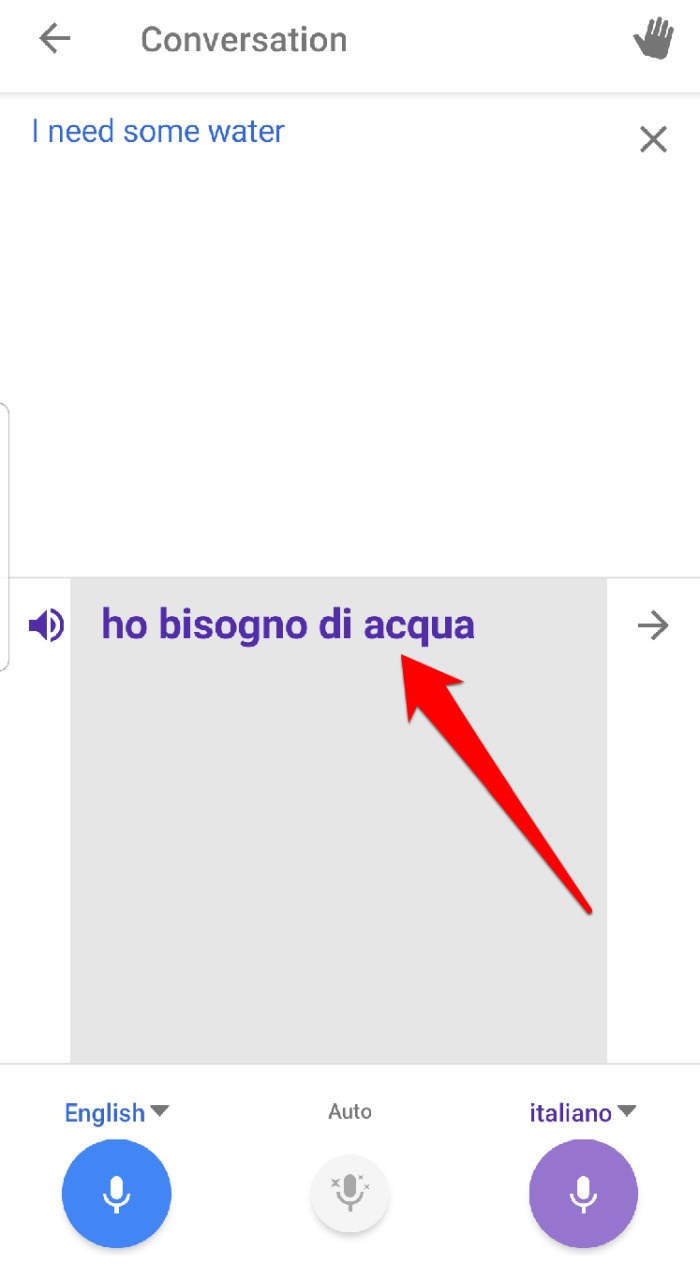 3. If you’re chatting with someone, tap the Wave icon (hand) at the top-right side of the screen to display a card that explains to them what you’re doing. 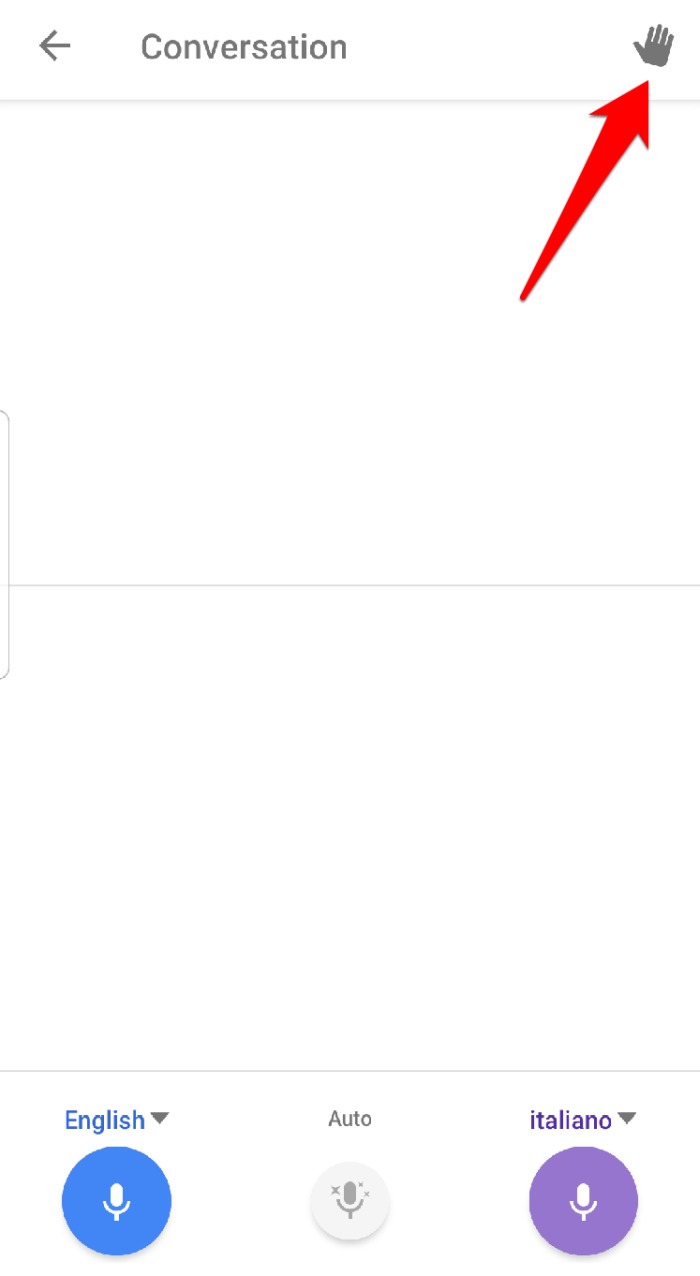 An Auto function is available if you don’t want the back and forth during the conversation so that you don’t talk over each other.

This is a great feature that lets you translate text using your camera. To get started with it:

1. Set the languages you’d like at the top of the screen, then tap the Camera icon. 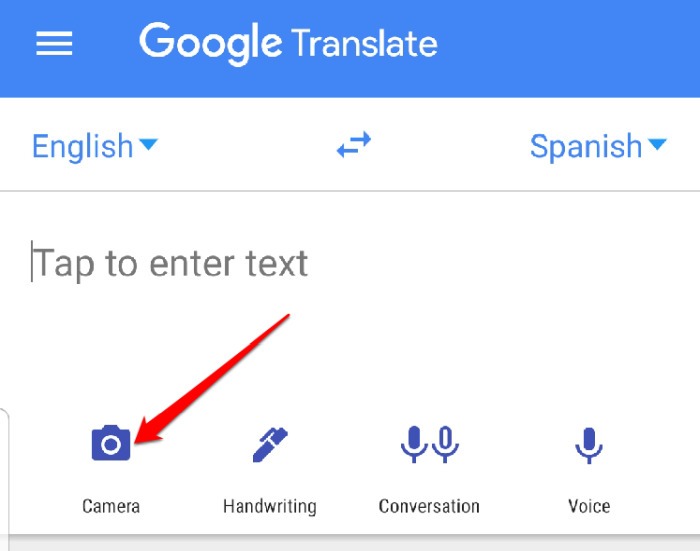 2. Point your camera at the text you’d like translated, and it’ll translate the text within the picture. It’s not as perfect as you may like, especially with complicated fonts. For simple fonts like those on branded packaging, menus or signs, it’ll work well. 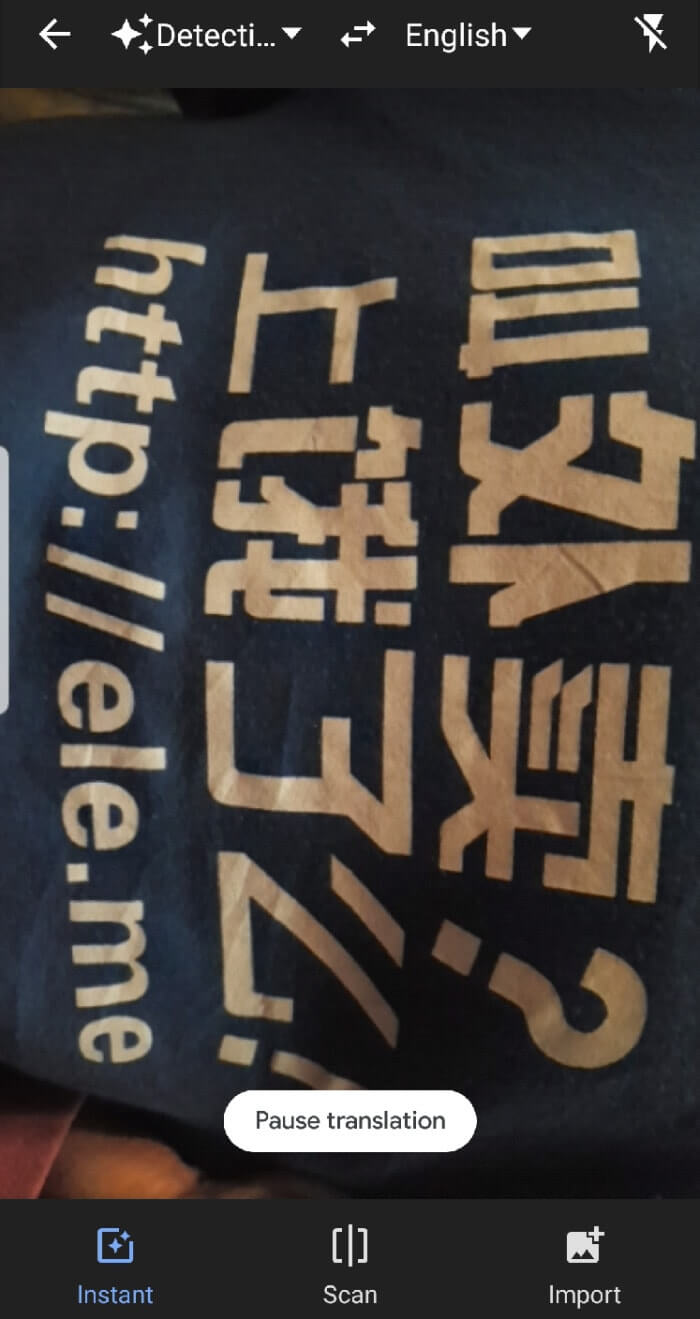 3. If you need to freeze the image, just press the pause icon, and if it’s not bright enough, you can use the flash icon to add more light. 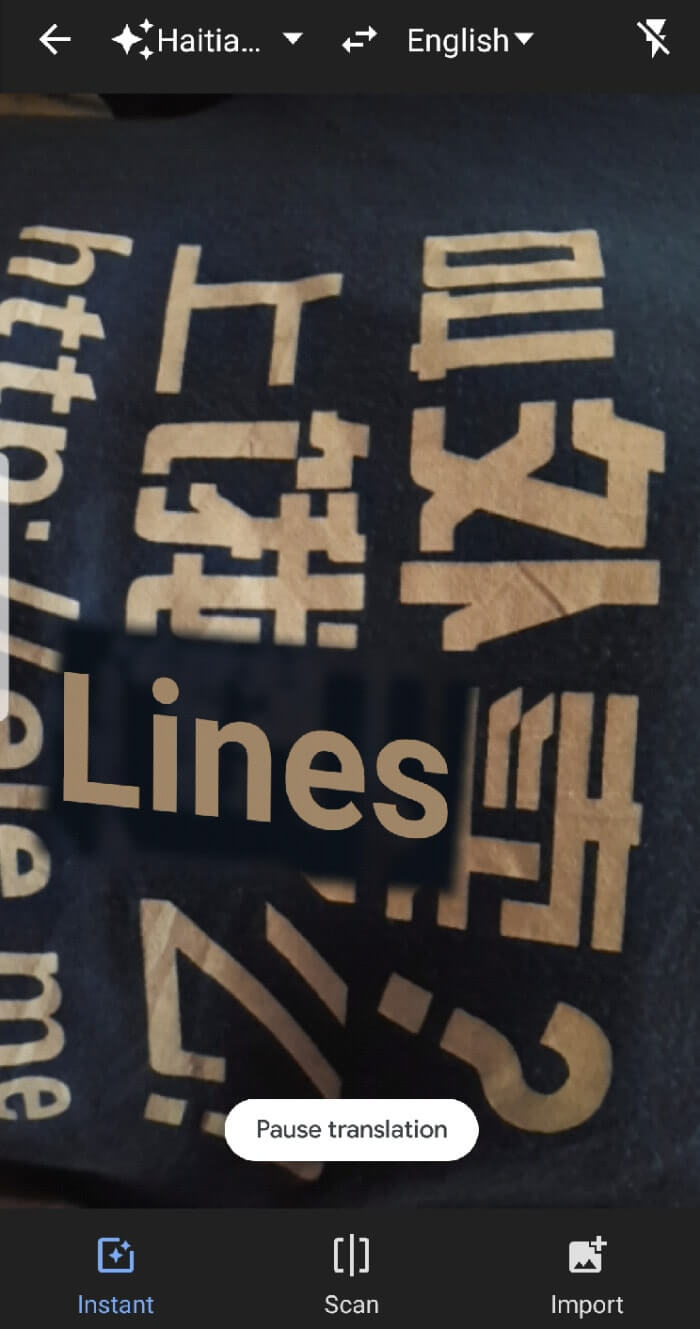 Note: To use Google Translate with your camera, you need an Internet connection. In case the translation doesn’t start automatically, tap the eye icon at the lower end of the screen to turn on instant translation.

If you’re sharing the screen with other people, you can use the full-screen function in Google Translate to read together. To do this:

1. Type, speak or write the text you’d like translated, then tap the three vertical dots next to the translated text. 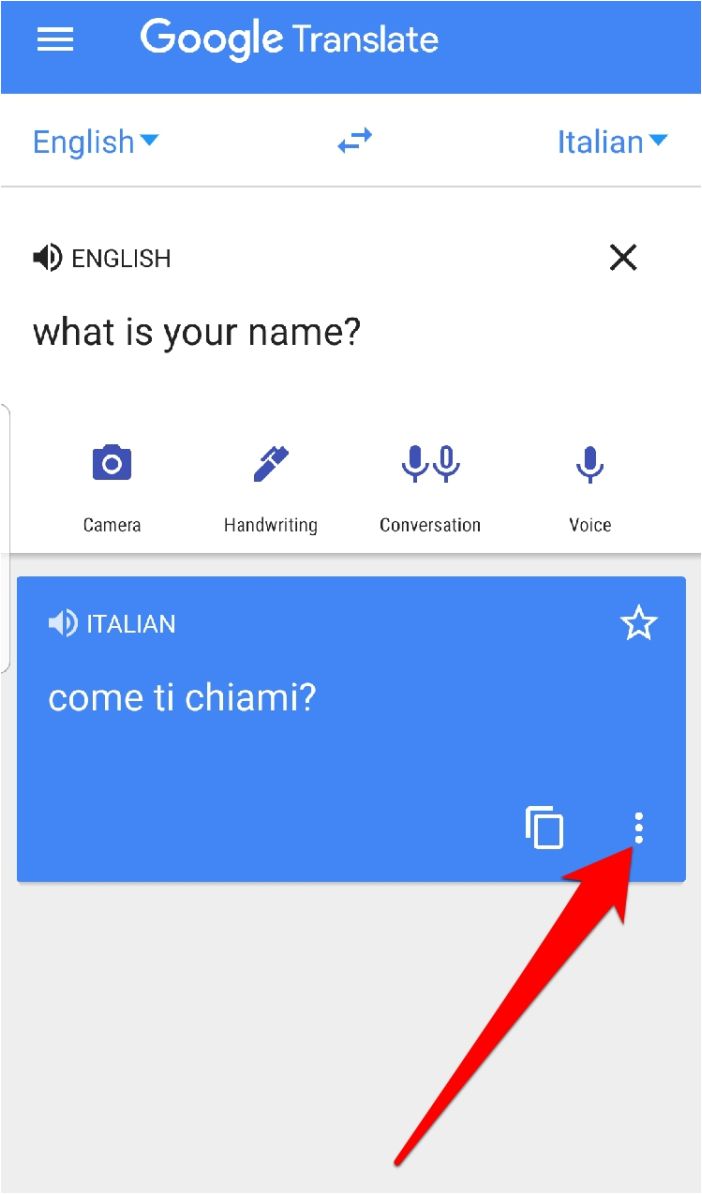 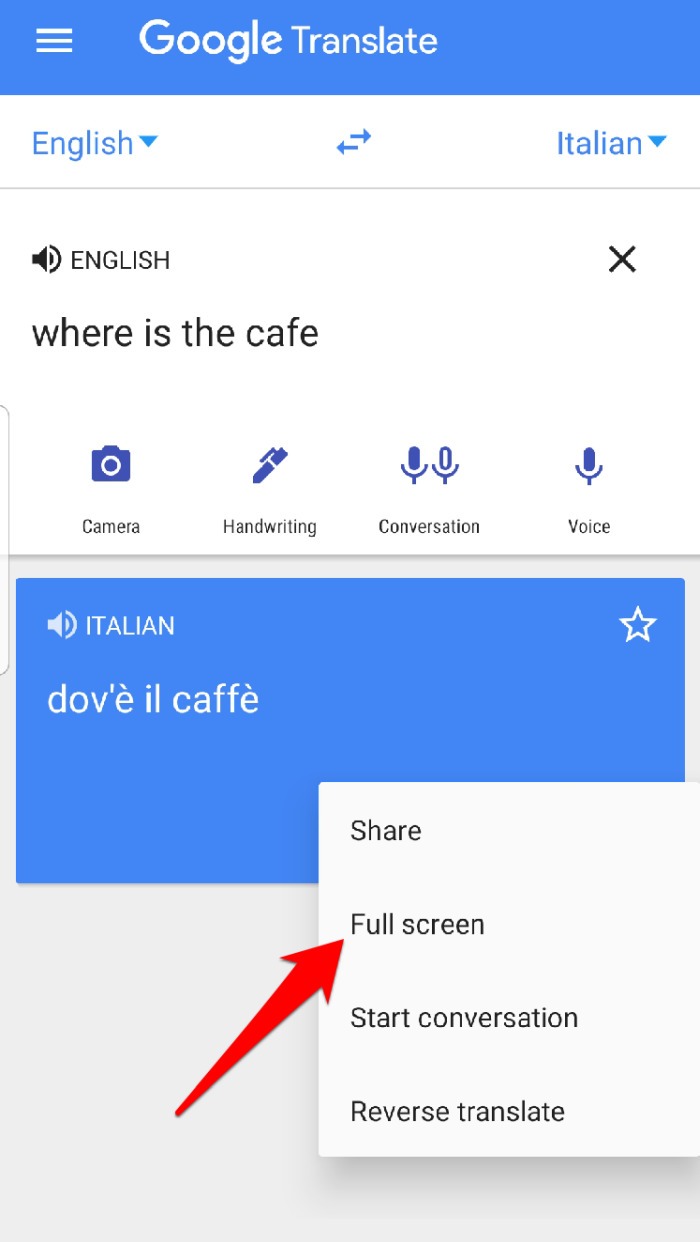 The screen will auto-rotate, and the translated text will be displayed full screen for others to read.

For phrases you translate often, you can save yourself the hassle and time by storing them in your own phrasebook. When something is translated, it’s added to a list on the app’s main screen, and you can tap the star at the top of each word or phrase translation to store it to your Phrasebook. 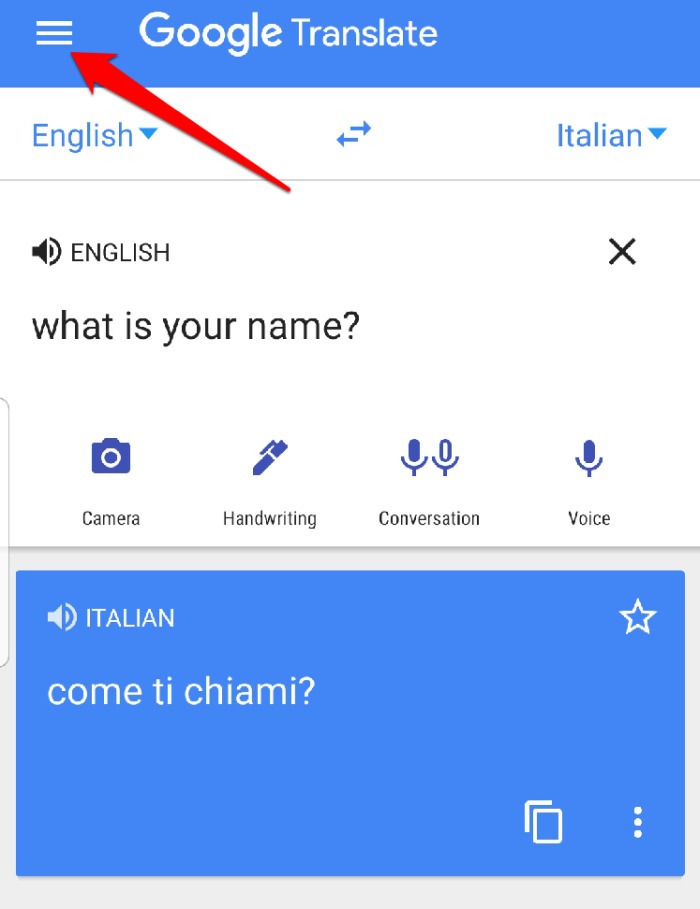 2. Tap Phrasebook. Use the search icon (magnifying glass) to find items within your Phrasebook. 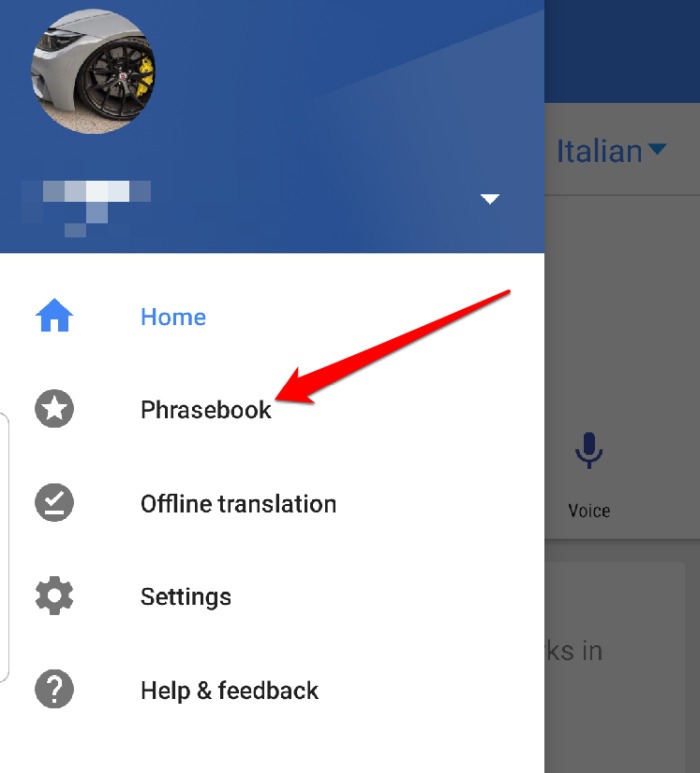 6. Use the App as a Dictionary

If you’re using one language in the app, for example English for input and output, Google Translate can be your dictionary, offering definitions instead of translations.

However, this won’t always work if both input and output languages aren’t selected as English, so tap “Detect language” for the input and English for the output, and then type the word or phrase you’re looking for.

If you want to translate different portions of text on your device, you can use Google Translate to do this. 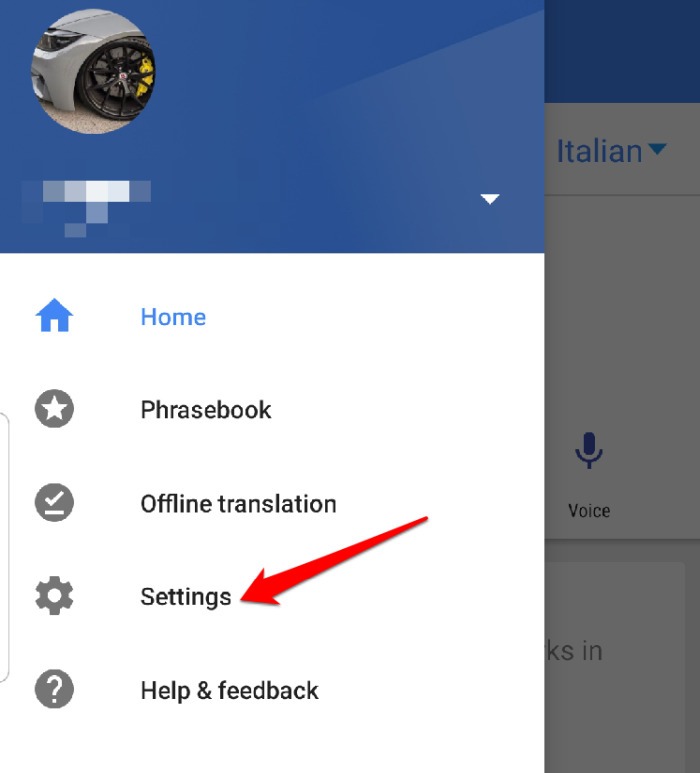 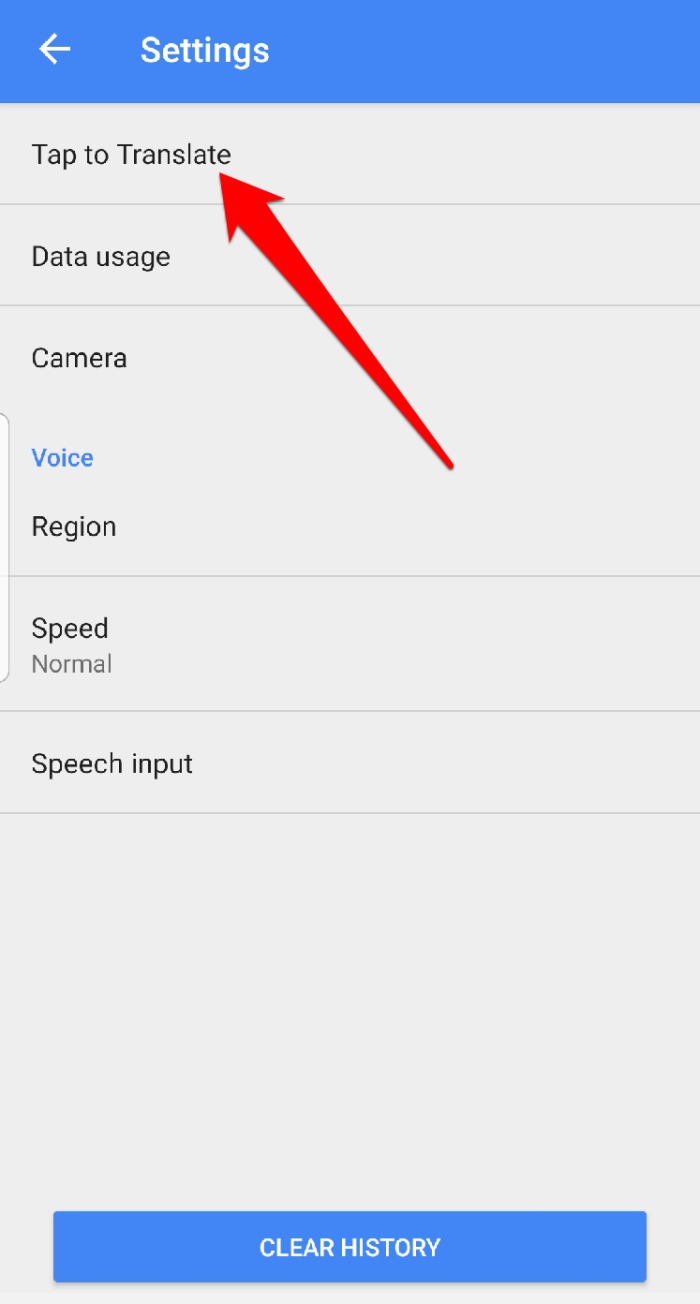 3. Toggle the Enable switch to on. 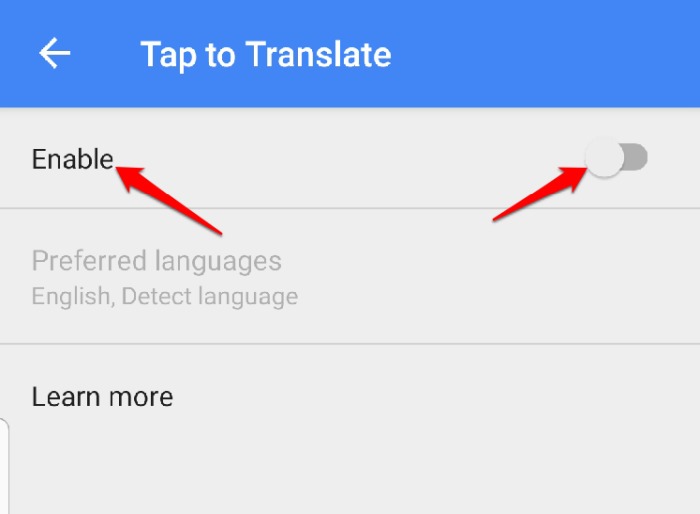 Any time you copy text, the app’s icon will float on your device’s screen, and you can tap it for instant translation of the text. It also lets you translate in Chrome, by highlighting text and tapping Translate. This also works for any other text messages like SMS, which the app can translate using the SMS translation feature from the menu. Tap any SMS to have the app translate for you.

If you want to reverse translate, you can do it by tapping the three vertical dots next to the translated text, and then tapping Reverse Translate.

If you’re an avid traveler, you can use Google Maps and Google Translate together. You may not always have a stable Internet connection, but the app lets you download languages for use while offline. 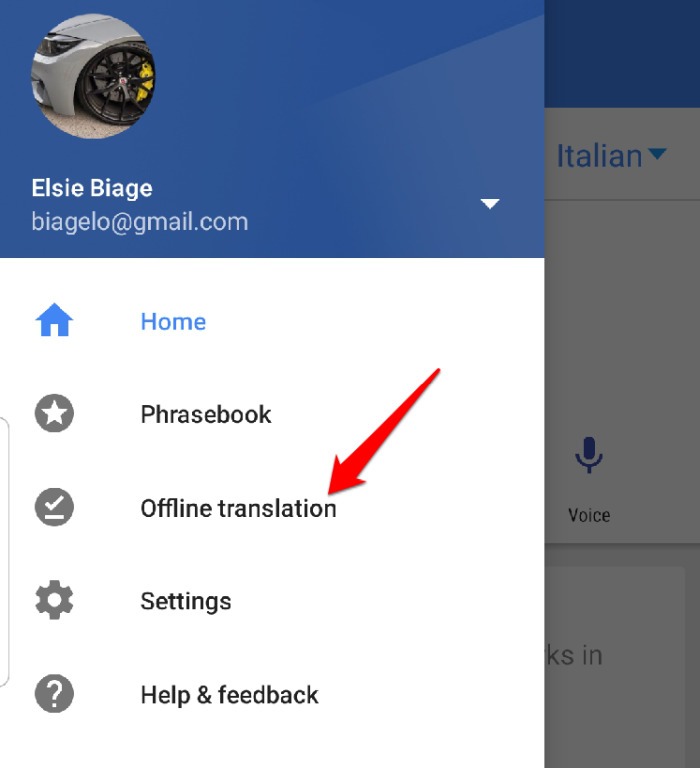 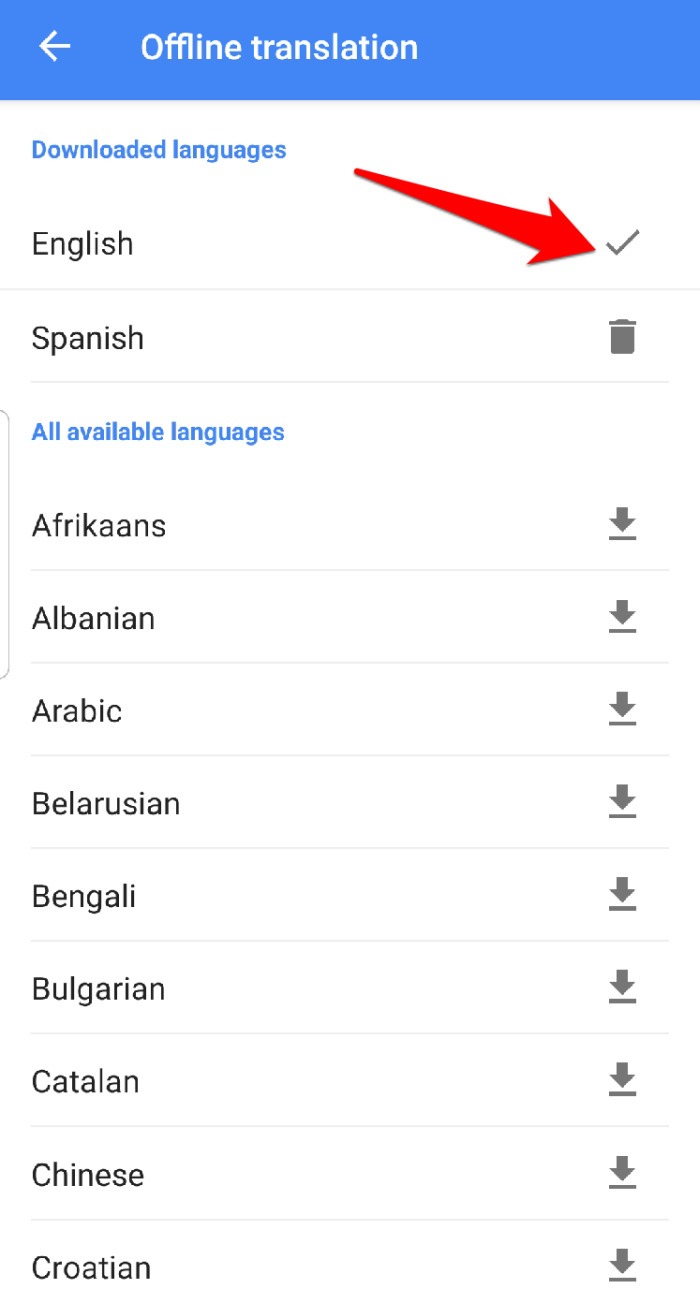 To delete a language from the list, tap Offline translation to see the downloaded languages, and then tap the trash can icon to remove the language or languages you no longer need. You can also update languages by tapping Update whenever the notification appears on the app’s main screen. 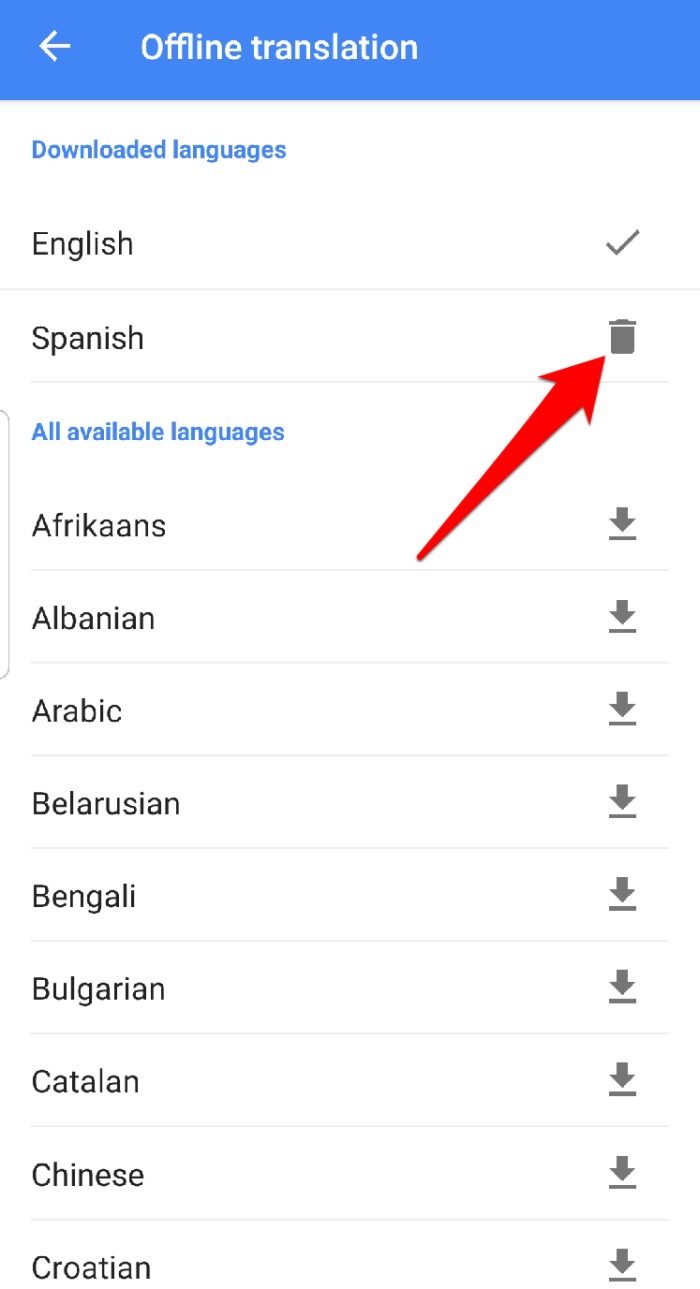 The Google Translate app also allows you to share your translations with others by tapping the three vertical dots next to the translated text and tapping Share to send it via Bluetooth, Messages, email, Skype and many other apps. You can also copy it and paste elsewhere. 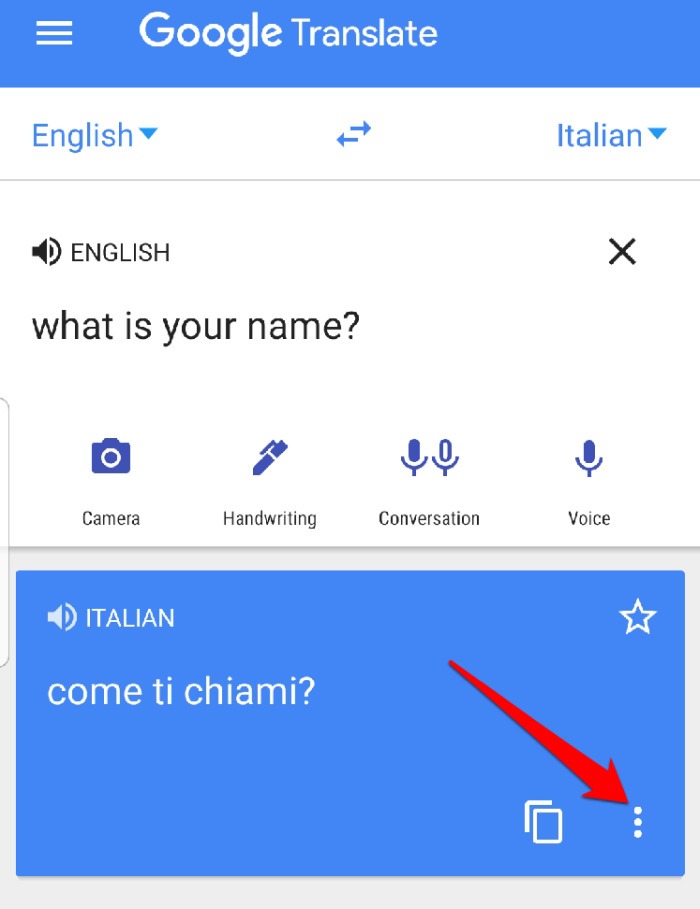 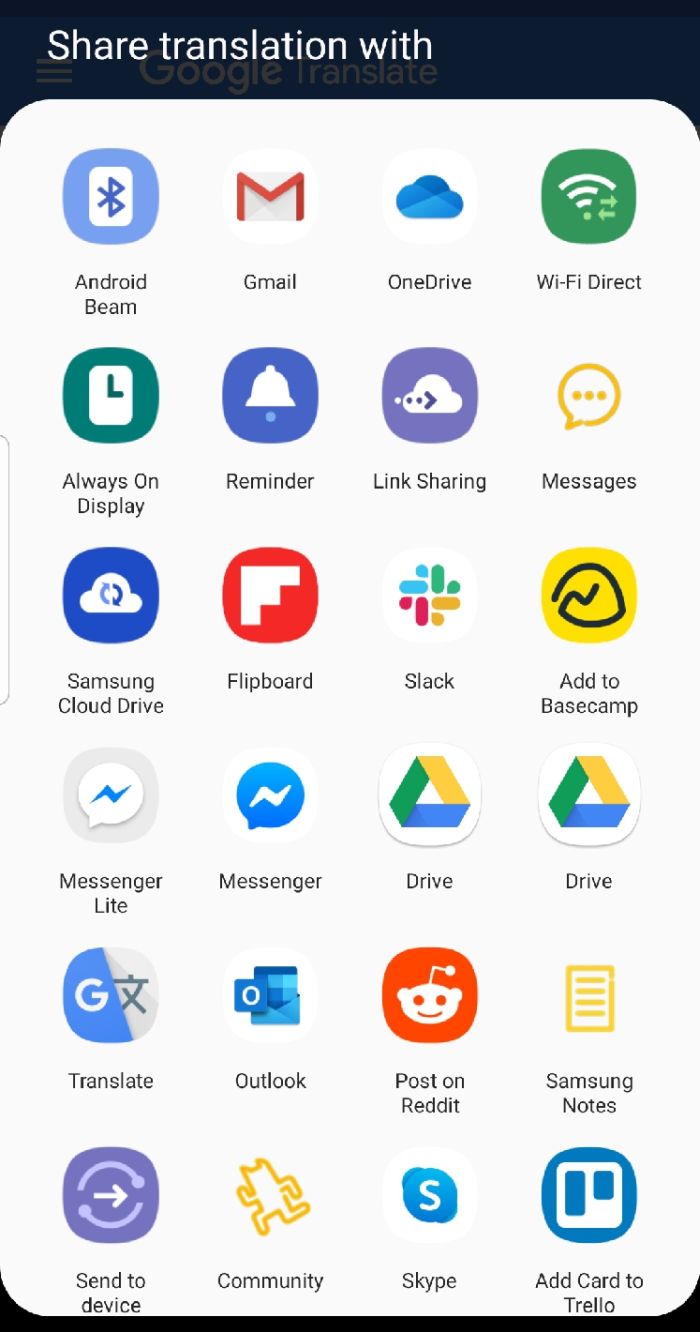 If you’re always on the go and need help translating text or chatting with someone in a different language, the Google Translate app will help you do it, so you can enjoy your trip or vacation instead of spending your time not understanding what’s happening around you.

Zinstall Migration Kit Pro: an Advanced, Automated PC Transfer Solution
The Four Best Data-Modeling Tools for Designing Databases
Edraw Max vs. SmartDraw vs. Microsoft Visio: Comparing the Best Drawing Tools
Update Multiple Computers Effortlessly with Patch Manager Plus
5 of the Best Game-Programming Languages for Developers
Keep Your Identity to Yourself with IdentityForce
4 of the Best Game Engines for New Game Developers
How to Make a Simple Logo with InkScape