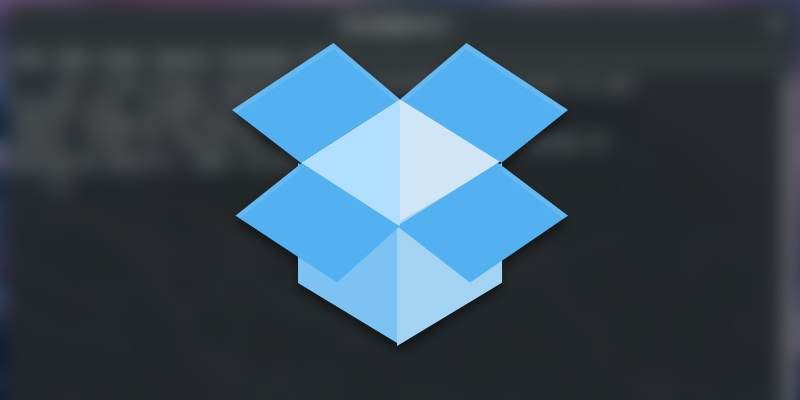 Using Dropbox on Linux used to be very easy. For many people, it still is. If you happen to use a filesystem other than Ext4, however, it is suddenly much harder. Fortunately, you’re not completely out of luck.

For a long time Dropbox supported most any filesystem you wanted to use, then the company quietly announced that it was dropping support for what it calls “uncommon” filesystems. In the case of Linux that means anything aside from Ext4. 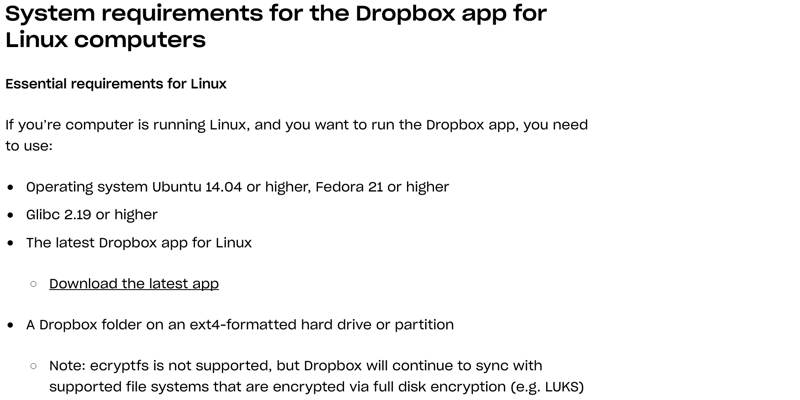 What Are Your Options?

Whatever reasons Dropbox has for ending support for other filesystems, you have a few options. You could create an Ext4 partition on your hard drive just for Dropbox. This would technically work, but you’d have to resize this partition if your Dropbox folder grew too large. That’s an inelegant solution.

You could also just move away from Dropbox entirely. There are other cloud providers out there. You could also use your own self-hosted alternative like Nextcloud, OwnCloud, or Seafile. Look for suggestions in our article comparing these self-hosted cloud storage options.

Finally, you could use a workaround that lets you use Dropbox on non-Ext4 filesystems.

Getting Dropbox to Work on Non-Ext4 Systems Again

There are a few ways to bypass Dropbox’s filesystem detection, but one of the easiest is a tool named “dropbox-filesystem-fix.”

A Word of Warning

On the dropbox-filesystem-fix GitHub page, there is a fairly strong warning. It reads, “This is an experimental fix not supported by Dropbox. It might cause data loss.” Take note of this and make sure to back up your Dropbox folder often.

There are alternatives for other distributions. On Fedora and other RPM-based distributions, the following should be enough:

On Arch and similar systemsmrun the following:

The following instructions assume that you already have Dropbox installed. If you haven’t installed Dropbox yet, you can do so now.

To clone the GitHub repository and build the dropbox-filesystem-fix project, run the following commands: 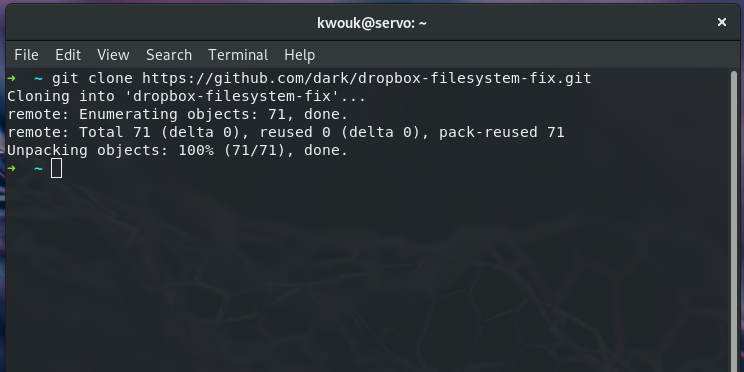 Once the build succeeds, you’ll want to move the entire folder to the “/opt/” directory. You also need to make the script to start the program executable. Run the following commands:

Now you can stop the Dropbox service (assuming it was running) with the following command: 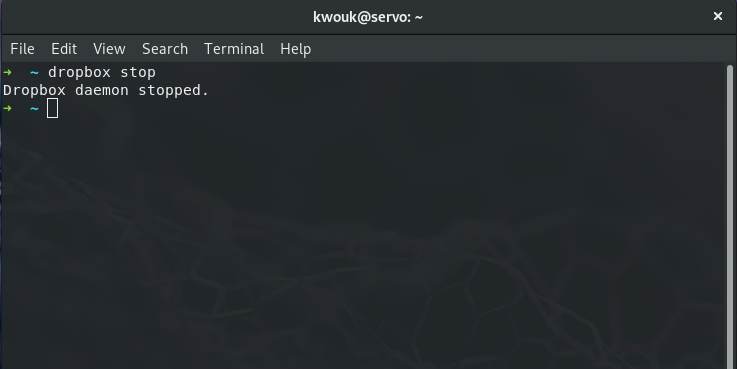 Once this is complete, you can try running Dropbox via the newly installed fix:

If you don’t get any warnings and Dropbox is running, you’ve successfully installed the fix.

Once the fixed version of Dropbox is running, go into settings and uncheck the box that reads “Start Dropbox on system startup.” From now on you’ll start Dropbox from the script you just ran. You can also run dropbox autostart n if you can’t find the settings dialog.

If the “~/config/.autostart” directory doesn’t already exist, create it.

Xreate a file in that directory named “dropbox-filesystem-fix.desktop.” Edit the file and add the following:

The above instructions are for Gnome. Setting this up for other desktops is relatively similar. Just consult the documentation for your desktop environment.

If you use KDE instead of Gnome, you can simply go to System Settings, then Startup & Shutdown, then Autostart. Here you can add the script.

At least for now, it seems that running Dropbox on non-Ext4 operating systems is entirely possible. Dropbox seems more concerned with not having to support other filesystems than actively preventing them from working. Still, this may not always be the case.

If you’re concerned with your files suddenly becoming unusable in the future, there are plenty of alternatives to Dropbox. We’ve got a list of the best cloud storage services for your buck if you’re interested in moving to a more Linux-friendly service.