The great thing about Linux and Ubuntu is that you can set it up any way you like. Unlike in Windows or Mac OS X, you can customize Ubuntu however you see fit. Although Canonical tries to make Ubuntu a usable experience, especially for people who don’t have a whole lot of Unix or Linux experience, sometimes you want to break out of the standard Ubuntu look.

Fortunately, this is very easy to do. Since many of the various desktop environments and window managers are available in the Ubuntu package repositories, a new environment is usually only an “apt-get” away.

If Unity has got you frustrated and you think the upcoming integration with Amazon is too much, you’ve got lots of options if you want to change desktop environments. 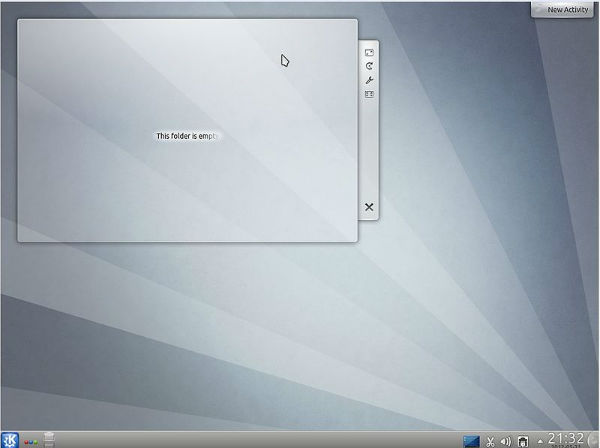 A good one to try is KDE, which is the longtime rival to the GNOME environment that Ubuntu was traditionally based upon. To install KDE, just fire up your trusty terminal and use this command:

This will install the minimal KDE desktop. You might want the more full-featured Kubuntu experience. Kubuntu is a variant of Ubuntu based on KDE instead of Unity. If you don’t want to install a new system, you can just install Kubuntu on top of an existing Ubuntu installation. You can do so with this command:

If you just want the stock KDE environment without the Kubuntu enhancements, you can also install that as well:

If you do decide you want the Kubuntu enchancements after all, there’s a package for that as well:

If you’re still pining for the GNOME environment that was default before 11.04, then you can also install it. The GNOME project has moved to a similar look to Unity called the GNOME Shell. It’s just as polarizing as its Ubuntu counterpart. 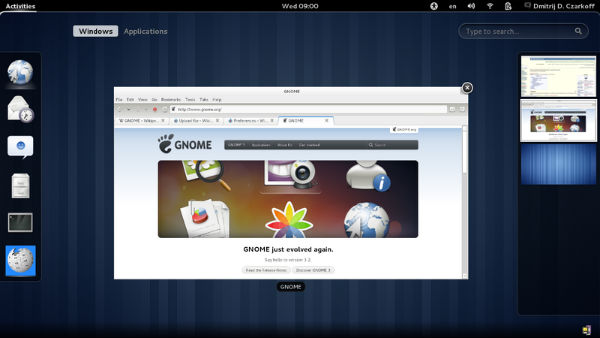 To install it, use this command:

There’s also Xfce, a smaller and more lightweight cousin to the two major desktop environments. Xfce aims to offer a full-featured desktop environment that’s faster and runs on older computers. The Xubuntu desktop is a good choice if you want to start exploring it. It’s a similarly Ubuntu-customized version of Xfce the way Kubuntu is the Ubuntu version of KDE. 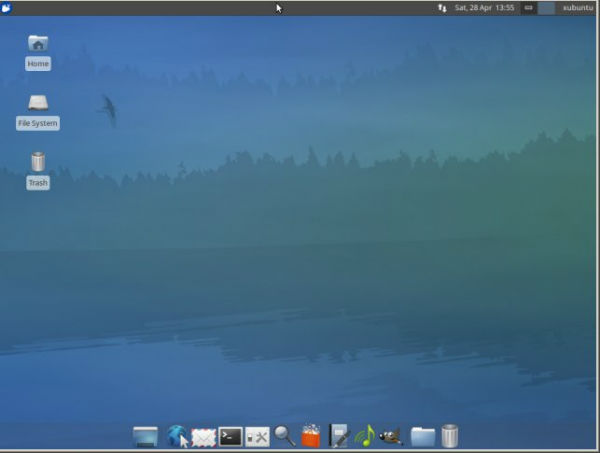 To install it, just type

You can also install the stock Xfce:

The great thing about Linux is that you can get into more advanced window managers. These include tiling window managers that programmers and other people who swear by the command line live by. Here’s what one looks like. The windows are arranged in tiles that aim to make the most efficient use of screen space. 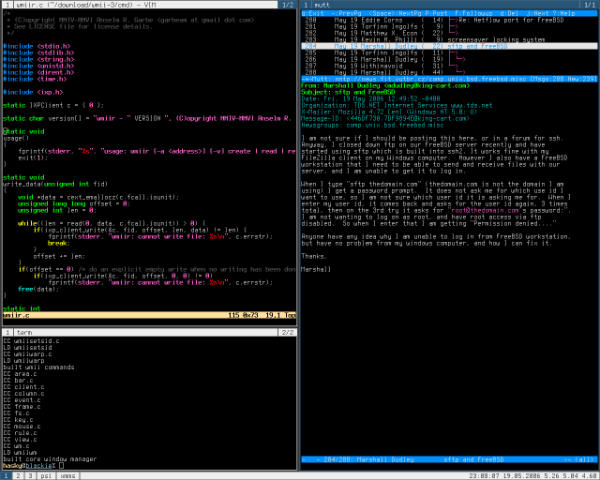 These include Awesomewm, Wmii, Ratpoison and xmonad. They’re all available in the Ubuntu repositories:

If you want to go down the desktop and window manager rabbit hole in Linux, there’s no shortage of ways to do so. The lack of a “standard” interface for Linux will allow Ubuntu users and other Linux users to explore many options for different environments. There’s plenty in the repositories to keep you busy for years.