Android and Apple never seem like two companies you’d expect much collaboration from. However, during the Google I/O conference, a new emulator that allows Mac users to use Android apps on their laptops was launched. This emulator, known as Bluestacks, allows you to run Android apps on your Mac computer, much the way like you use it on your Android phone (minus the touch screen). Back in January, Bluestacks was available for Windows users. Today, we will take a look at its Mac version and see how well it fares. 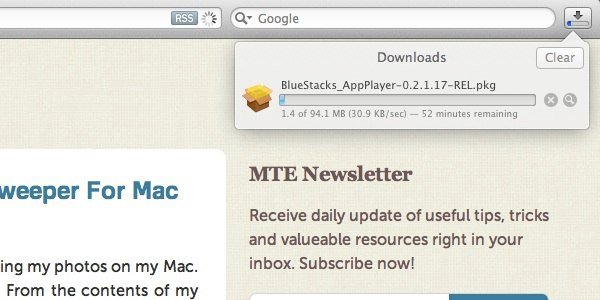 Currently, Bluestacks is a beta version. This means that you can’t find the application on the Mac App Store. The only way to download Bluestacks is to access the download file on their website. Once downloaded, you can access the emulator just as if you would any other application. One thing that is different is that the “Android Apps” icon is actually a folder, allowing you to access the apps right from there. The apps can also be accessed in the Finder section as well. If you are looking to view all of the applications at one time, Bluestacks also has an App Player, allowing you to see all of the downloaded apps in one place. 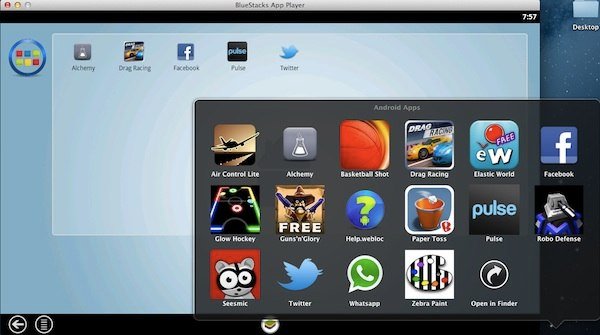 As we mentioned before, the “Android Apps” folder allows you to access the app you want to enjoy right from your dock. The App Player interface is quite simple. For Mac OS X users in particular, there are few apps to enjoy from at the moment. My friend who uses Windows had way more apps available and he was surprised to find how little is available for Mac users. On the App Player, the top right area provides you with the current time, the main section shows your apps, and the bottom left section is the back and options button. The center button allows you to go back to the App Player home screen, revealing all of your apps. When inside an app, the interface is one we’d expect from apps in Android devices. It is the mobile version and is very simple to navigate. However, that being said, the mobile version being stretched on a desktop screen made the quality look a bit stretched and grainy. Plus, there’s no way to adjust the window size. 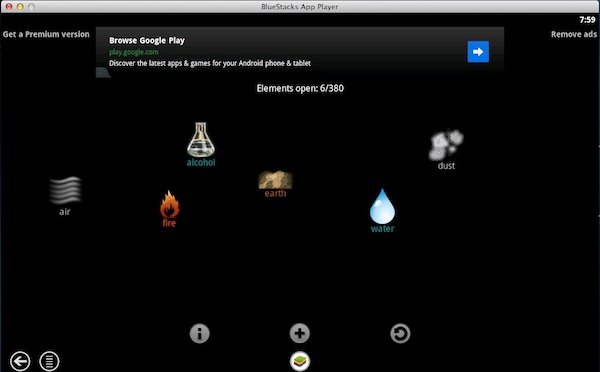 At the moment, the current apps available include: 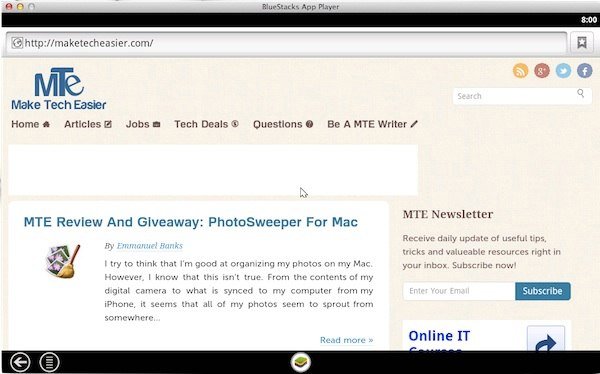 Due to its Beta status, Bluestacks is very glitchy. When I try to type, it can take a bit of time for the text to appear. In addition, when I tried to click the center button or any of the other bottom controls, it was very glitchy in applying my response. It made the app a bit annoying to want to bother controlling. However, one thing I can say is that I haven’t experienced any crashing. Aside from the slow performance, the experience overall wasn’t that worse. I can expect that once updates occur and more apps become available, the lagginess will be fixed. If you try to access the store, one trick I found was that this also allows you to do web browsing as well. Even though it’s in the mobile version, it still allows you to search in a way similar to a Android device, loading pages rather quickly.

All in all, I find that Bluestacks is actually in some ways a nice fun addition to Mac. While I sort of find it a bit unnecessary to have when there are so many other applications in the Mac App Store in much better quality. I have a feeling that when an app doesn’t pass the test for the Mac App Store, it may become available on Bluestacks. This means that when more apps become available, I may find myself enjoying certain apps that wouldn’t necessarily have been available or allowed on the Mac App Store. However, that’s only if Apple regulations would allow such to occur on the emulator. To conclude, if you are looking for a piece of Android on your Mac to play around with, Bluestacks is the free app for you.