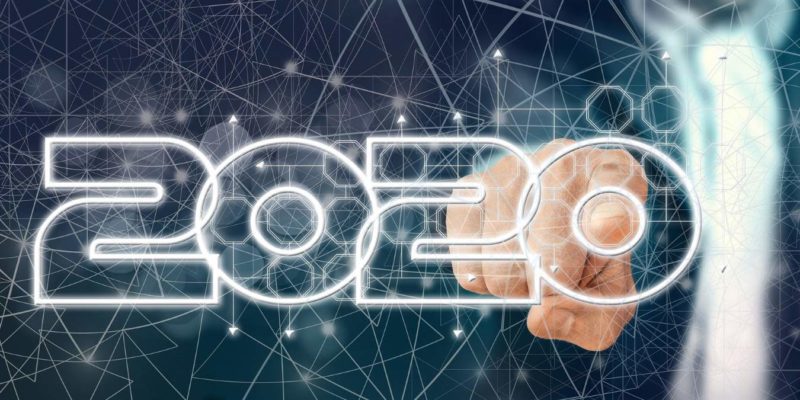 People are jokingly calling 2020 “the year of hindsight” due to its similarity to 20/20 vision. In the technology world, however, we’re always looking forward to the next big innovation.

Here are five tech trends you should keep your eyes on this year.

We’ve heard multiple times from network providers that 2020 is the year for 5G’s debut. The evidence is there, too; 5G currently has a foothold on a handful of cities, and a few phones have 5G compatibility.

Now that cellular network companies have made their first mark, they’ll work to expand their domain. More and more cities will come online with 5G coverage, while companies push out phones compatible with this new format. These phones will likely use the new Qualcomm chips announced in early 2019.

Having computers think for themselves is a key area in computing. Not only does AI reduce the need for humans to pore through data but can do it lightning-fast. AI is very useful for churning through all the data that flies through the Internet at high speeds.

There’s also the groundbreaking research into machine learning. While regular AI follows a pre-set list of rules, machine learning lets the computer experiment for itself and develop rules on its own.

How is the tech world adopting AI? According to Gartner, businesses will double their AI adoption in 2020. This means businesses will be relying on AI more to churn through data to get results. This will continue all the way into 2022 as businesses replace organic brains with digital ones.

3. Automated Cars Will Get Smarter

There’s currently a race going on in the automated car world. Manufacturers are trying to become the first to build what’s called a “Level 5” automated car. Self-driving cars are categorized in levels of smartness, with Level 0 being a regular “stupid” car and Level 5 requiring no human intervention at all.

At the moment, smart cars are around Level 1 or 2. Some companies are pushing for higher levels in 2020 to outpace the competition. Scott Keogh, president of Audi, wants Level 4 cars by 2020:

And then of course the announcement here is one we’re excited about. We’re talking highly automated vehicles in numerous situations by 2020. In production this will be level four autonomy automation, so this is huge, really huge.

Qualcomm, a company clearly not satisfied with only pushing the 5G envelope, also wants to help out the smart car world. At the start of 2020, they announced the Snapdragon Ride for smart cars. This can theoretically power a Level 4 or 5 car but can also be “downgraded” to deliver lower levels of autonomy if needed.

4. Video Gaming Will Heat Up

If the manufacturers and developers meet their release dates, 2020 will be a packed year for video games.

A lot of blockbusters are scheduled around the March-April period. The Final Fantasy 7 Remake, Doom Eternal, Cyberpunk 2077, and the very-recently announced Pokemon Mystery Dungeon remake are all scheduled in that period alongside some other heavy hitters.

The real fight, however, starts in late 2020. This is when the PS5 and the Xbox Series X are scheduled for release. With Microsoft and Sony being the two top contenders for raw console power, it’ll be an interesting fight to see which one comes out on top.

5. 3D Printing Will Get Even Better

3D printers have already found a home in businesses everywhere, but 2020 may see them spread even further. It’s predicted that 3D printers will print faster, use more materials, and find themselves in niches that they weren’t in during 2019.

One of those niches is the medical world. Companies are already doing a good job printing prosthetic limbs for patients, but they’re not stopping there. Scientists have also created 3D-printed skin, which was successfully grafted onto a mouse.

2020 has the potential to be a great year for technology. Be sure to keep tabs on these five areas of tech, as there’s a good chance they’ll make a big impact this year.

Which are you looking forward to most? Or is there something we missed that you think we should be watching out for instead? Let us know below.