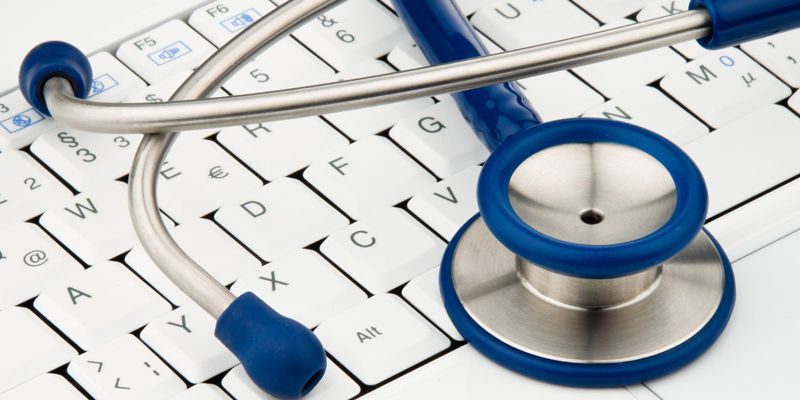 Let’s be real here. When it comes to virus threats, Linux is the last thing on a hacker’s mind. However, that doesn’t excuse it from all attack vectors. Though Linux benefits from “security by obscurity,” you still have to worry in some ways. For example, just because Linux can’t run Windows programs (without Wine) doesn’t mean you shouldn’t be cautious.

These viruses can still be spread, especially if you have a Samba server (Windows file share on Linux) or external devices that regularly interact with both Linux and Windows. You could be inadvertently spreading viruses – not to mention some hackers have recently (though not very frequently) started targeting Linux users directly.

So what are some of the best antivirus programs for Ubuntu you should use?

Linux generally doesn’t require the same degree of antivirus protection as Windows 10 because it’s not targeted nearly as much by hackers due to its relatively low use and because most things you install on Linux will be through trusted repositories (hopefully!).

However, with the rise in Bitcoin mining, one avenue that your PC could turn into a coin-mining zombie is through visiting certain websites, which contain scripts that turn your PC into a coin mine.

The best blocker for this is uBlock Origin, which comes pre-loaded with a huge number of filters that block coin-mining sites and scripts.

You can also block this comprehensive list of coin-mining addresses by copying it to your hosts file. 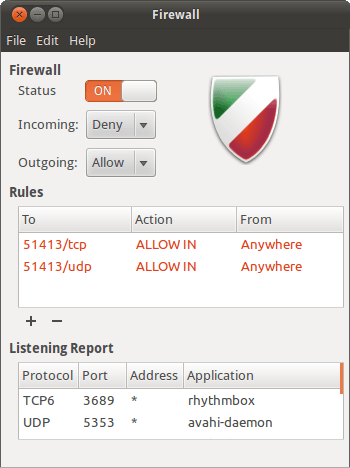 Given that Ubuntu is a relatively closed shop when it comes to software you can download and the main sources you download it from (Ubuntu’s APT library is about as safe as you get), you should be pretty safe if you take the crucial precautions. If you don’t want a third-party antivirus but still want to stay safe on Ubuntu, then try the below first:

If you’ve done the above but still want that extra layer of protection, then read on.

When you talk about virus tools on Linux, most people think about ClamAV. It’s a “high performance” virus scanner that can be run either on a Linux desktop or Linux server (and even Windows). With this tool everything is done via the command line. The “high performance” part comes from the fact that it’s a multi-threaded scanner and is very good with CPU usage.

It can scan with multiple file formats and open archives and scan them, as well as support multiple signature languages. It can also act as a mail gateway scanner. Suffice it to say if you’re in need of a good virus scanner on Linux and don’t mind messing around with a terminal, you should try ClamAV. 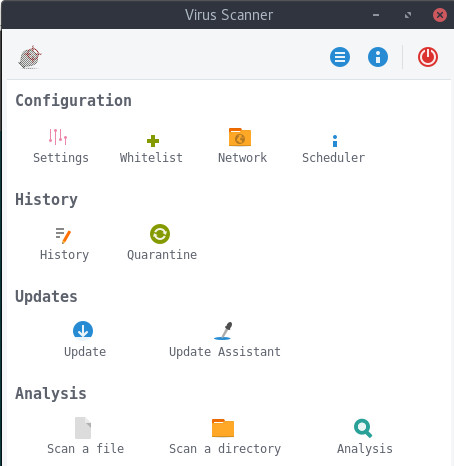 ClamTk isn’t a virus scanner so much as it’s a graphical front-end to the eponymous ClamAV virus scanner. With it you’ll be able to accomplish many of the tasks that previously required some serious terminal and ClamAV syntax knowledge. The development team claims that it’s “designed to be an easy-to-use, on-demand scanner for Linux.”

This much is true, as it’s incredibly easy to pick up. What’s even better is that since it’s just a graphical layer on top of ClamAV, you’re still getting everything feature-wise from it, and nothing is lost. If you need a good virus scanner, and you’re not a fan of the command line, ClamTk is the best choice. 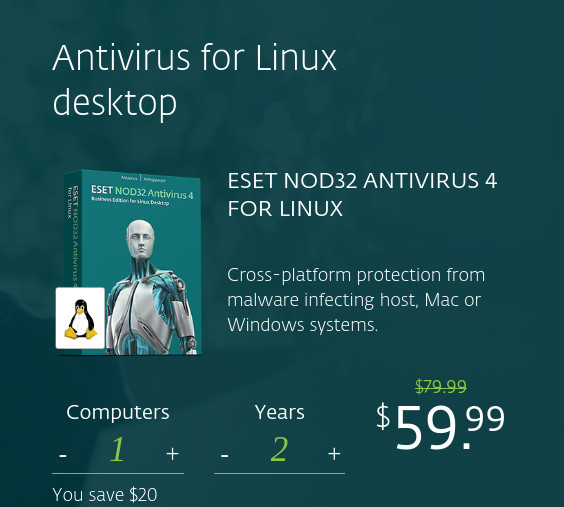 Eset Nod32 Antivirus is a commercially available virus scanner for Linux, Android, Mac and Windows. It comes with a $59.99 price tag and boasts cross-platform protection from malware infecting both Windows and Mac systems. You can also expect that it will look out for Linux, too.

Not much is listed on the product page that is specific for Linux; however, it should be noted that most virus scanners basically do all the same stuff: active scanning of threats and “virus definitions,” as well as scanning for viruses, malware, spyware and system exploits.

If you have a bit of cash to burn and want a quality virus scanner for Linux, you may want to check it out!

Sophos is a lesser-known security outfit, but increasingly they’ve been making a name for themselves. They have products for just about everything, both paid and free, including a free virus scanning tool for Linux. With it you’ll be able to “look up suspicious files” in “real time” to prevent your Linux machine from distributing Windows (or Mac) viruses.

It also does some things to help keep your Linux desktop safe in its own right. If you’re looking for a good scanner, this one is worth a shot.

Comodo has been around for a while, serving up both paid and free products. Like Sophos and Eset, they offer a plethora of security software for many, many platforms. Comodo Antivirus for Linux offers “proactive” protection that can find and stop known threats as they happen.

It also includes a scan schedule system, which makes it easy to plan your computer usage around your security habits, and an email filter (which works with Qmail, Sendmail, Postfix and Exim MTAs). There are many good features that can easily keep your Linux machine from becoming overwhelmed by viruses and malware.

Viruses are never a good thing. They can ruin your computer, your day, and even your life. That’s why it’s important to be protected in some way. Even though we as Linux users can get away with not using these tools all of the time, I’d say it’s irresponsible to not get at least some sort of scanner tool on your machine.

Do you use virus scanners or any of the above-mentioned antivirus programs for Ubuntu? What’s your favorite? Tell us below!

This article was first published in August 2016 and was updated in April 2019.