Let’s get into some of the technical part first. The Ubuntu 11.10 Oneiric Beta 1 is shipped with the 3.0.0-9.15 Ubuntu kernel which is based on the Linux v3.0.3 kernel. The desktop manager has been upgraded to Gnome 3.2.

LightDM as the login manager

The first screen that greets you after you boot up is the new login manager. The usual GDM is now replaced with the lightweight LightDM. 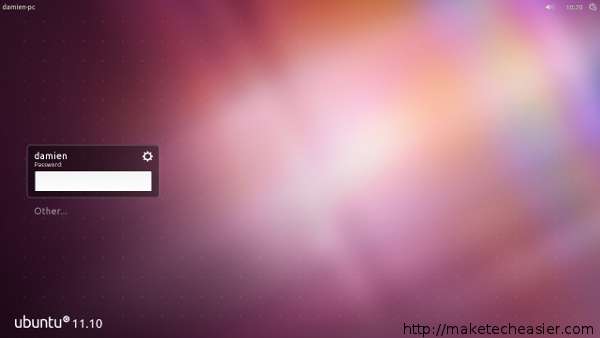 Apart from its lightweight, LightDM has several advantages over the GDM. It loads faster than GDM (as it has a smaller codebase and doesn’t require Gnome session to start) and is more customizable than GDM.

Similar to Ubuntu Natty, the default UI is still the Unity 3D. In case your hardware doesn’t support Compiz (which is required to run Unity 3D), instead of dropping back to the Ubuntu Classic (Gnome with panel), the fallback UI for is the Unity 2D, which works (almost) the same as the 3D version. 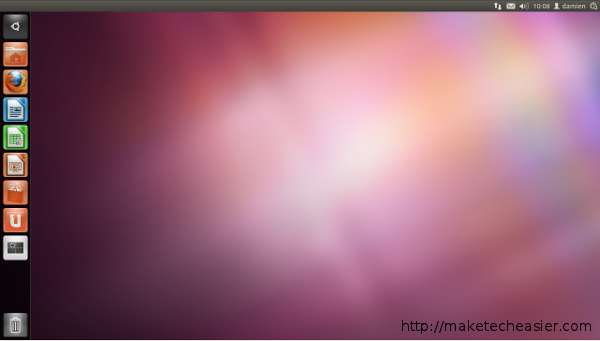 The old Gnome (gnome with panel) and Gnome Shell are not installed by default in this release. However, you can easily install it with the command line:

The “Alt + Tab” hotkey to switch between windows now come with a live preview of the opened applications. 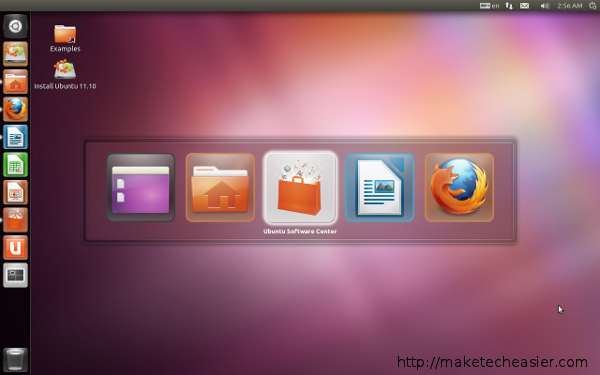 “Places” were renamed to “Lenses”

The Unity Places (where you find the files and applications) were renamed to “Lenses” to providing an unifying experience. The Unity Dash, which used to be at the top left hand corner of the screen, has been moved to the first position of the Unity bar. The Dash is now quite comprehensive, allowing you to search for files and applications and filter results according to ratings, range, categories etc. It also comes with a new Music lens where you can search for songs in your Music collection. 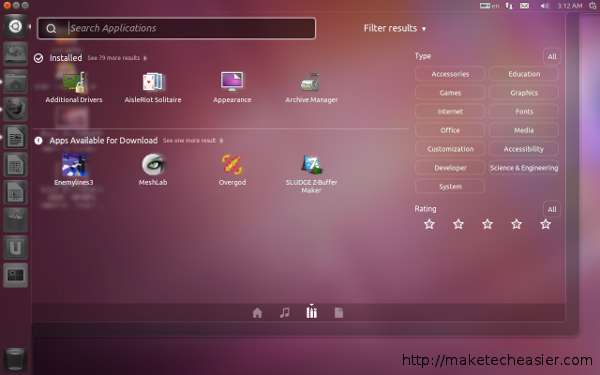 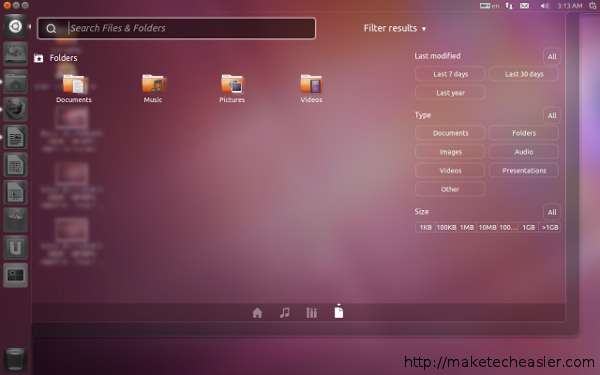 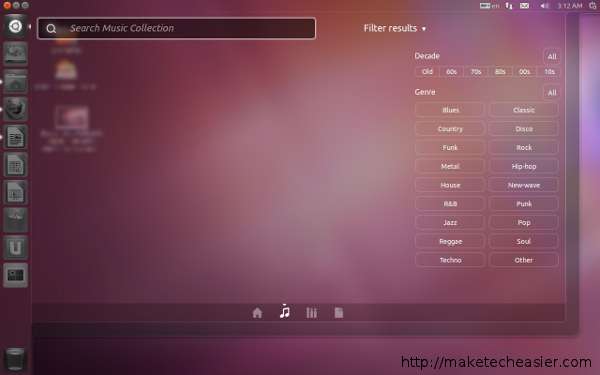 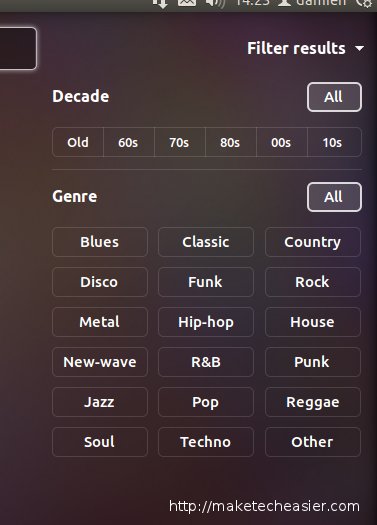 The Appindicator bar located at the top right corner of the screen is streamlined with many of the features integrated into the messaging menu. From the messaging menu, you can now set your IM status, access your mail and Ubuntu One. 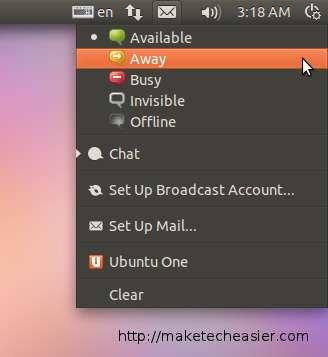 There is also a “Clear” options to clear all your incoming tweets, emails, IM notification without having to open the corresponding apps.

New shortcuts have also been added to the Power icon. You can now access the System Settings, Displays setting, Startup Applications and Update Manager right from the power icon.

Integration of the window control to the global menu

The title and menu bar were moved to the global menu in Ubuntu Natty. Now, even the Windows control (the set of icons where you close, minimize and maximize the window) is added to the global menu, giving you even more screen space. It will be hidden by default until you hover your mouse over it. 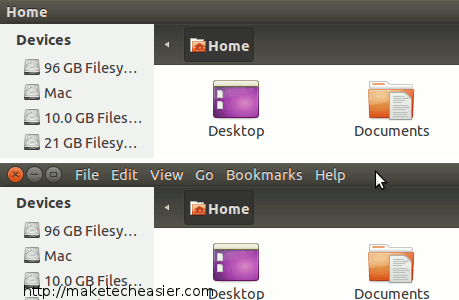 Evolution has been removed and replaced with Thunderbird email client. Even though Evolution has done its jobs well, this is still a welcome change as the Thunderbird is more customizable through extensions. 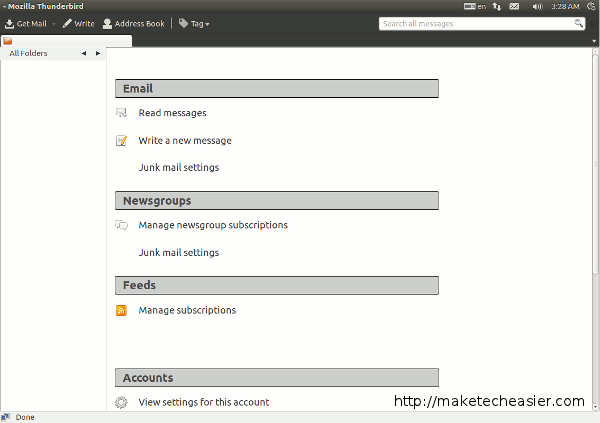 This is the first time Canonical includes a backup tool into Ubuntu and the backup application of choice is Déjà Dup. Déjà Dup is an easy to use backup tool that makes backing up your files a dead simple task. 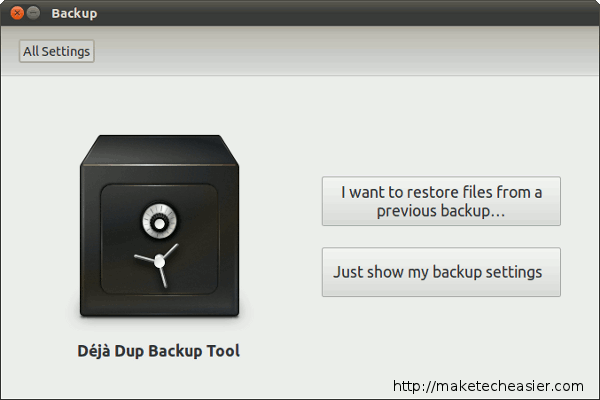 Ubuntu Software Center has gone through a UI revamp, making it looks more like the Mac App Store. It loads much faster now as compared to the USC in Ubuntu Natty. For seasoned users, you will be sad to know that Synaptic Package Manager is no longer installed by default. Canonical attempts to replace Synaptic with USC, but personally, I still feel that USC is not ready for the prime time yet. 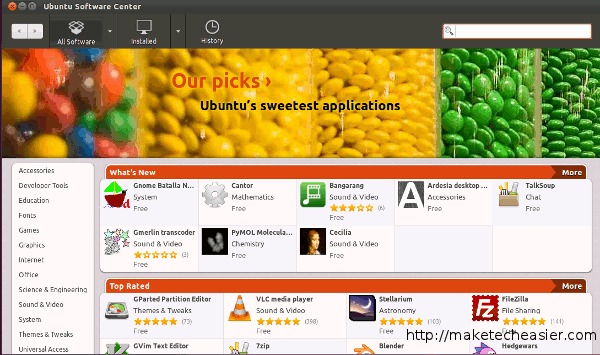 For those who wish to get Synaptic back can install via the command:

Is Ubuntu Oneiric better than Ubuntu Natty? The answer is Yes. Switching to LightDM and Gnome 3 make the whole system much snappier. Applications (especialy Ubuntu Software Center) load much faster and the Dash and lenses is much useful than before.

Ubuntu 11.10 Oneiric Beta 1 is free and can be downloaded here.

Current Ubuntu 11.04 users can upgrade their system by pressing “Alt+F2” and type in “update-manager -d“.

The next scheduled release of Ubuntu Oneiric will be the Beta 2 on Sept 22nd and the final stable version on Oct 13th.