One of the reasons that many hated the Unity desktop in Ubuntu is because there is a lack of customization option. People switched from Windows/Mac to Linux is mainly because Linux offers them an environment where they can customize everything to their liking. When Canonical reduced your ability to do what you want with your desktop, many people start to grunt about it and some even switched to Linux Mint.

Once you have installed it, go to your Dash, type “myunity” and run the “My Unity” app. 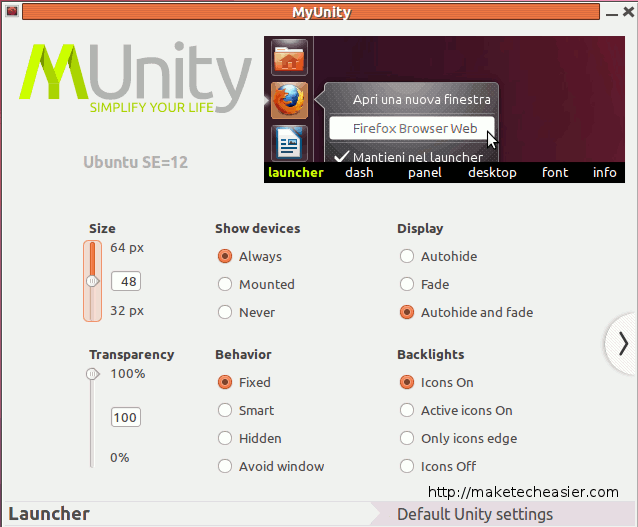 There are few sections that you can customize, namely the Launcher, Dash, Panel, Desktop and Font.

In the Launcher section, you can configure the size of the app icon, the display of the launcher (whether to autohide or fade) and whether to show devices icon on the launcher.

In the Dash section, you can set the display of Dash to blur, smart or off and change the display size to suit desktop or netbook. 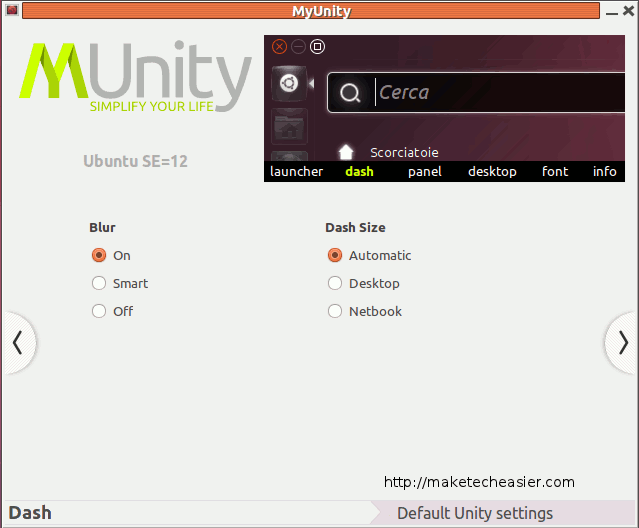 For the Desktop configuration, you can select whether to show the Home, Networking, Device and Trash icon on the desktop. 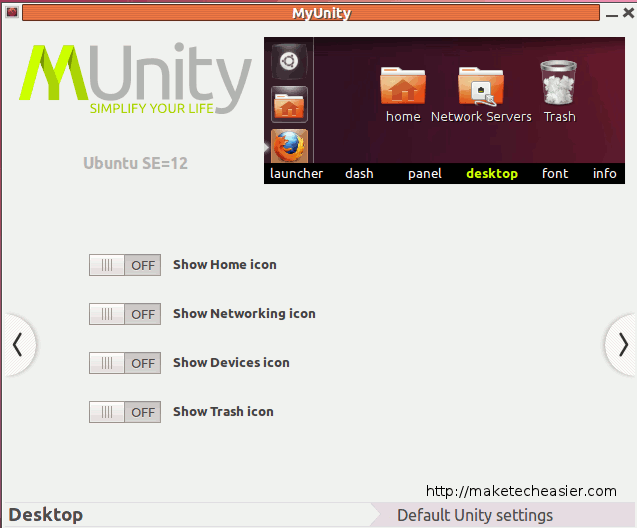 Lastly, at the Font section, you can customize the font for each part of the system. 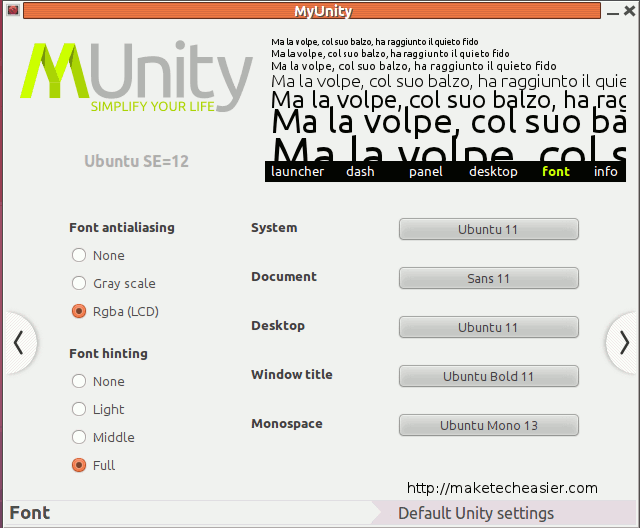 What MyUnity has done right is to put all the various configuration options together in one interface so the end-users don’t have to hunt high and low to change that particular setting. MyUnity will be integrated into the Ubuntu 12.04 repository, so you can easily install it without adding a PPA. My guess is that this will become one of the “must-install” app when Ubuntu 12.04 releases. What do you think?