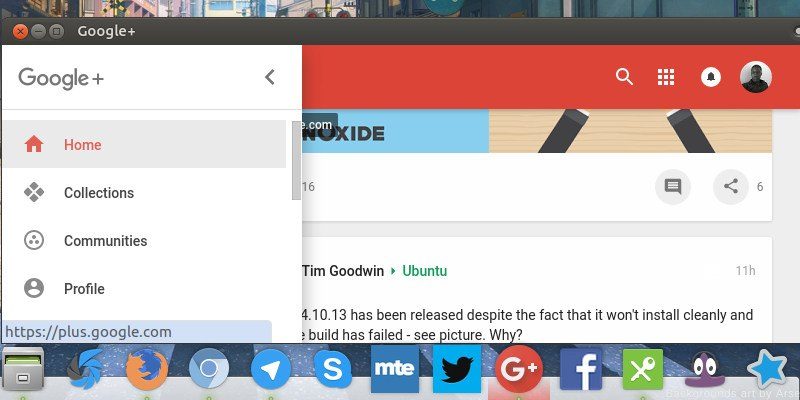 Web apps have become increasingly popular over the last few years due to huge advancements in browser technology and have replaced their desktop counterparts for many users.

If you are a heavy user of web applications, you might want them to be a little more integrated with your desktop so that you can launch them from your application launcher or pin them to your taskbar for quick access.

As it turns out there are a number of ways you can go about this on a Linux PC.

I’ll show you how to use Google Chrome and the Epiphany browser to make web applications front and center on your desktop.

Once you have completed this tutorial, you will be able to launch web apps from your application launcher, pin them to your desktop or dock, and run them in their own separate windows, just like native programs.

If you use Google Chrome or Chromium, it is very easy to create a desktop launcher for your favourite website with just a few clicks.

First, launch Chrome and open the website in a regular tab. Next, click the three dots in the upper-right corner. Move your mouse over “More Tools,” and then click “Create Shortcut.” 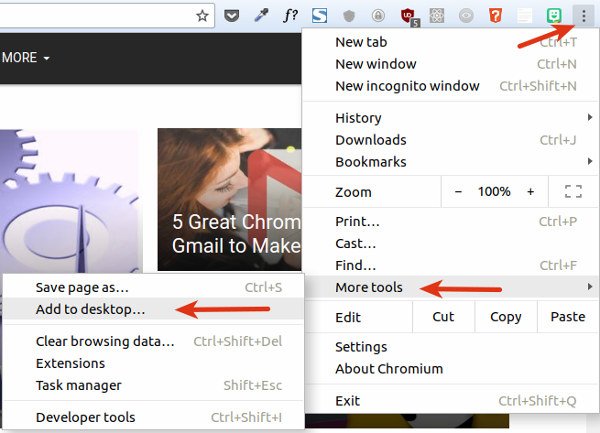 A small dialog box will appear asking you to confirm the addition of the website to your desktop. You are allowed to customise the name of the shortcut. This name is what will be used to identify the app in your application launcher.

Make sure you tick “Open as window” so that the web app opens in its own window with native controls. Otherwise it’ll just open in a new Chrome tab, and that’s definitely not what you want. 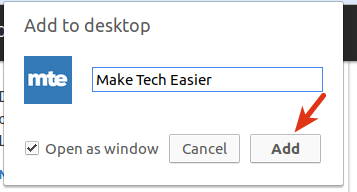 If your desktop environment supports icons on the desktop, you will see the app shortcut on your desktop. Otherwise you have to summon your application launcher to launch the new entry. You can then drag and drop the app icon to your dock or taskbar for quick access. 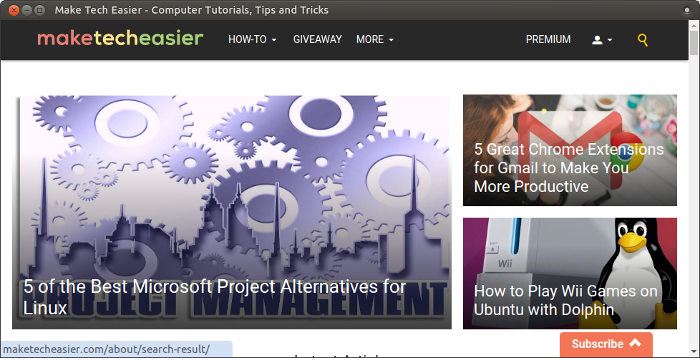 To manage all web apps created in this manner, open a normal Chrome window and go to chrome://apps/. You will see a list of all the web apps you have created alongside any Chrome apps you have installed. From here you can customise or remove any of them at any time.

If you prefer to not use Chrome, you can still get the same behaviour with Epiphany (also known as Gnome Web). Epiphany uses Webkit as its rendering engine and comes with a built-in ad-blocker alongside its web application mode which is what we will use to create desktop integrated web apps.

Before we begin, you need to install Epiphany on your computer. On Ubuntu or Ubuntu-based distributions, run the following command in the terminal:

Once you have it installed, launch the browser and load the website you’d like to create a desktop shortcut for.

Next, click the hamburger menu on the upper-right corner and navigate to “Install site as web application.” On an older version of Epiphany (earlier than 3.24) you will see “Save as Web Application” instead. 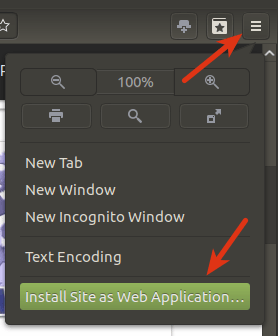 A new popup window will appear which gives you the option to customise the name of the web app. Hit “Create” to complete the creation of your web application. 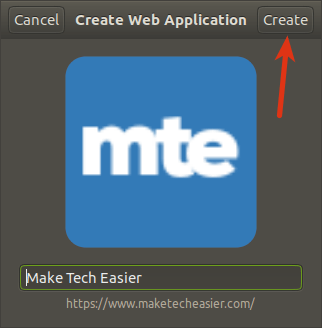 Epiphany does not automatically create desktop shortcuts for apps created in this manner, but you can easily access them from your application launcher and drag them to your desktop, dock or taskbar, just like with Chrome web apps. 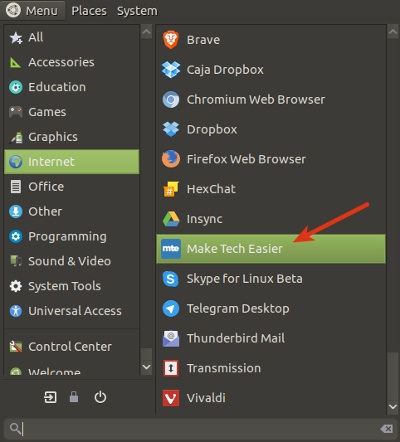 Epiphany also provides an application manager of some sort where you can delete created web apps. Simply launch a regular Epiphany instance, type about:applications into the address bar and press Enter. From here, you can get rid of the web apps from your system. 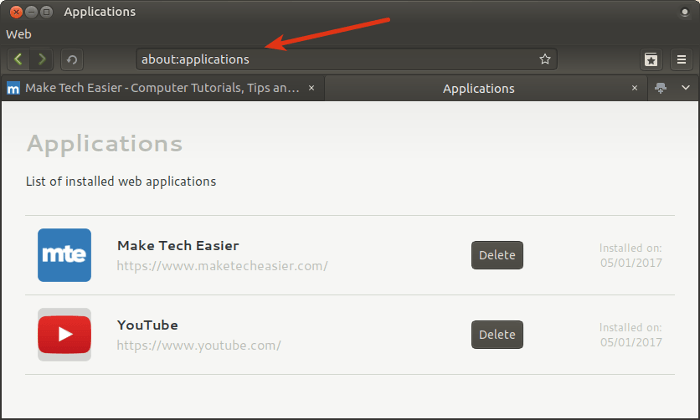 As always, do share your thoughts, questions or suggestions in the comments section below.