For those of you who were fans of Microsoft’s Windows Media Center, you might be disappointed with its absence in Windows 8. One of the best aspects of the operation system, turning your computer into a home theater, will no longer be a part of the Windows OS. So, how do you make up for this shortfall?

Besides what is included with the OS, you can get some Windows 8 apps that will transform your PC into something very similar to Windows Media Center without missing out on much. The following are a few applications that will once again put your computer at the center of your home and as the chief source of on-demand entertainment!

Xbox Media Center, also known as XMBC, is a powerful multimedia solution that was designed (as the name implies) for the Xbox. You’ll have the gaming console’s full spectrum of entertainment capabilities, including the ability to watch videos on Hulu and YouTube. It also communicates with your video capture card so that you can watch and record TV as you wish. Once you download and install XBMC, you’ll be greeted by a smooth and aesthetically pleasing interface that’s easily navigable. It has a short learning curve that allows others in the household to use it with no instruction.

For those of you who choose to go the “mom and pop” way, there’s an open-source application called MediaPortal. It’s a highly-edited version of XMBC that has a very minimalist, simple interface that even a child can navigate. If you’re the kind of person that feels that gadgets and gizmos just stand in the way of getting a pure entertainment package, then you should consider downloading MediaPortal for its simplicity.

This is for people who believe that XMBC and other similar Windows 8 apps are rather cluttered and unfriendly. Aside from the features it already presents, MediaPortal also lets you see your local weather and listen to live radio streams from all over the world, choosing from over one-hundred-thousand channels. Who could ever ask for more? 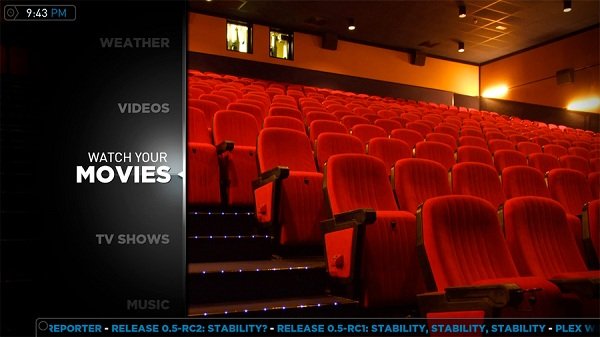 We left the best for last. If you find yourself unsatisfied by either MediaPortal or XBMC, you need look no further than Plex Media Center. This app not only gives you everything that the other two apps offer, but it also allows you to stream your media to other computers and access all of your media from outside your local home network.

If you really want to get down to using media at its full potential, the makers of Plex also give you a server to host everything, from photos to movies. In addition to this, Plex also has a mobile version that allows you to interact with “myPlex,” which is a sort of cloud management tool that stores content from your desktops at home. You literally get entertainment everywhere you go, whether you’re at home or on the bus!

6 Programs to Make Your Own Font in Windows

How to Prevent Windows Apps from Accessing the Internet

How to Compress Large Audio Files on Android

Setapp Review - All Your Indie Apps in One Place

How to Check What Version of Windows You Are Running