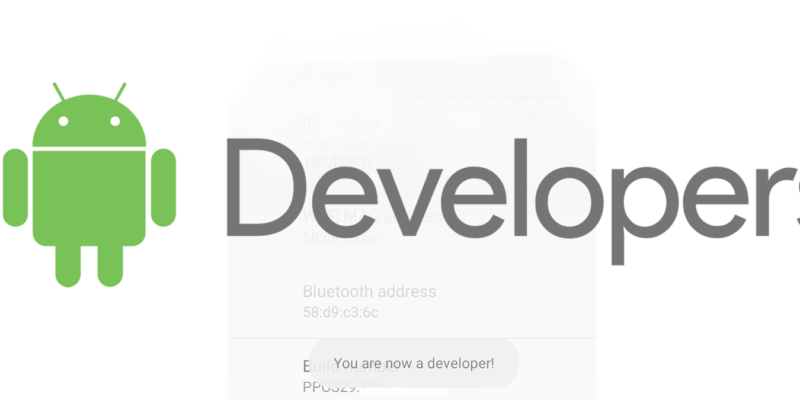 You can become an Android developer in almost no time. No classes, no coding skills — just the ability to press the same button seven times in a row. Okay, that skillset might not get you a job, but it will get Android to give you access to the “Developer options” menu, home to dozens of little tweaks that could help you get a little more out of your phone. Scrolling through them all takes quite a bit of time, though, and the names often aren’t clear enough to give non-developers an idea of which ones might be useful.

While some phone manufacturers may have a slightly different layout, the procedure for enabling developer options should be almost identical for most phones.

1. Go to “Settings -> About phone.” “About phone” may be buried in another menu labeled “System” or something similar.

2. Scroll down until you see the “Build number.”

3. Tap the “Build number” button seven times. After a few taps, it’ll pop up with a message saying you’re almost a developer, and after seven taps it’ll tell you that you are a developer! Nice job  your friends will all be impressed.

Once you’ve unlocked the menu, you’ll be able to find “Developer options” in “Settings -> System -> Advanced.”

This is probably the most common reason people need to access their developer options. The “USB debugging” option allows devices connected via USB permission to get information from and send commands to your Android device. You might need it for rooting your phone, using desktop-based Android screen recorders, debugging apps, installing APKs, etc.

After you enable this option, every new device you plug your debugging-enabled phone into should prompt a pop-up with a permission request. Don’t ignore these! Public computers and even public USB charging ports that you absentmindedly give debugging permissions to might end up stealing your data or infecting your phone with malware. Only use USB debugging with devices you trust.

By default, Android comes with animations that make your transitions between screens and apps feel smooth, but they do add a little extra waiting time. The “Window animation scale,” “Transition animation scale.” and “Animator duration scale” options control different aspects of these animations, and if you reduce or disable them, your phone will seem like it’s received a bit of a boost. It hasn’t – these animations actually have no perceptible effect on processing power or memory — but it’s a nice psychological effect!

For a truly surreal experience (or to seriously mess with someone), try these settings at 5x or 10x. It’s the phone equivalent of walking in the mud.

Set your phone to Night Mode

Android’s Night Mode is slowly growing to cover more apps and UI elements, but it’s currently limited to a few Google apps, like Phone and Maps. Any device running Android Pie or above should have to option to choose between having Night Mode on, off, or automatic (depending on the time of day), though.

Monitor your phone’s memory use

The “Running services” option is basically an Android task manager. It shows you which apps are currently running and how much memory they’re consuming and allows you to stop them if necessary. If you have a slow phone and want to see what’s eating up the memory, this is a good place to check.

The “Memory” option at the top of Developer options also shows cumulative memory stats if you’re looking for a longer-term memory hog.

If you’ve ever needed to make your phone think it’s in a different place than it actually is, you’ll need to first download an app that gives you location-spoofing ability (like Fake GPS Location). Then, in Developer options, you can select it using the “Select mock location app” option. This allows the app to take over the location output, enabling you to move your location around at will, whether you’re trying test apps, circumventing geo-restrictions, or tricking friends.

While most major Android apps come with the ability to go split-screen, some don’t have that feature built in. With the “Force activities to be resizable” option, you can stuff any app into a split-screen window regardless of whether or not it should be. Not all apps react well to this treatment, though.

Did you know that approximately 8 percent of men and 0.5 percent of women have some form of colorblindness? If you’re included in that statistic, then (you can test yourself here) you might have difficulty with certain elements on a phone screen. The “Simulate color space” option allows you to change the color scheme of the Android UI to be more readable for people with color impairments.

It might work best for severe cases; however, I have mild red-green colorblindness and didn’t think the setting did much to make things clearer. It just made most of the colors look worse.

Alternatively, you could give your phone a vintage vibe by setting it to monochrome. Bonus: if you’re using an AMOLED screen, going black-and-white could save you some power.

“Stay awake” is pretty simple: as long as your phone is charging, the screen will stay on until you manually turn it off. You probably don’t want to keep this one toggled on all the time, as it’ll probably result in a slower-charging phone, but it could help if you need the screen to stay on longer than the time limit provided in Android’s default sleep settings, like if you’re doing a long task that requires both hands or want the phone to stay awake while you have it hooked up to your computer.

Auto-switch from Wi-Fi to data faster

If it’s connected to both Wi-Fi and data, Android will typically prefer the Wi-Fi until it gets too weak to be useful, at which point it moves over to using the data connection. Depending on your Android build, you may see “Aggressive Wi-Fi to Cellular Handover” and/or “Mobile data always active,” both of which are options that can make your switch from Wi-Fi to data a bit faster. The drawbacks are that you may end up using more data than you’d otherwise want to or draining your battery more quickly than if you just manually switched.

In general, it’s not a good idea to fiddle with settings that have been intentionally hidden from you unless you know what you’re doing, and Android is no exception. Some of the settings could open your phone up to security risks or cause certain features to stop working, so research before toggling! It’s not as if there’s a self-destruct button hidden somewhere in those options, though,