Ever wondered what other music players are there in Linux world that can replace your default one? Believe me, you are pampered with choices. While the popular ones receive many coverage, there are several lesser known music players that are equally powerful. Here I have compiled a list of lesser known (and good) audio players available for Linux operating systems along with their salient features.

This one is my favorite (not for the reason that I like to eat Clementine) and this is why it is first in the list. Inspired by Amarok, it is a good looking and yet a feature-rich music player. Available for Windows, Linux and Mac, it seamlessly integrates with Ubuntu. Its main features include good iPod (and other portable music device) support, dynamic playlists, lyrics and artist information, album art discovery. It has a strong support for Internet Radio including big names like Last.fm, Spotify, Grooveshark, Jamendo, Magnatune among numerous others. 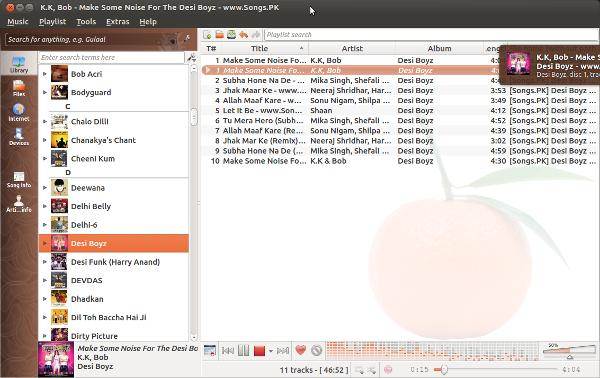 Remember Songbird, the loved music player which ditched Linux 2 years back? Well, the legacy of Songbird has been continued by a fork of it: Nightingale. It carries forward the awesomeness of Songbird. Features include great support for synchronization, song and artist info, easy playlists and definitely good looks. Shoutcast Radio and Last.fm comes integrated with it. Last.fm album art can be used to fetch album arts. The list of extension and add-ons is growing with continuous community support. 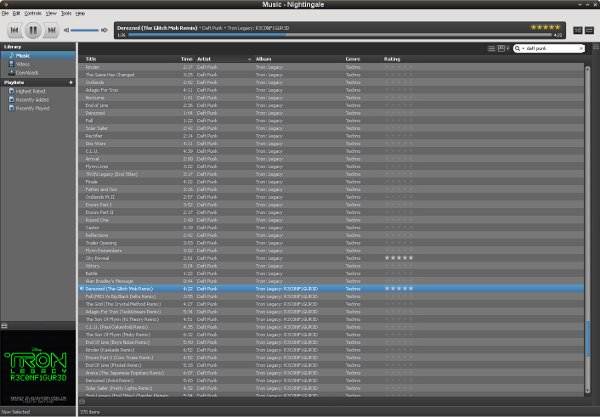 For all those Winamp MP3 player lovers, here is Winamp for Linux – Audacious. A light weight music players which has uncanny similarities to the famed Winamp audio player (reason being that it is descendant of legacy Linux player XMMS which itself was modeled after Winamp). Unlike other players like Clementine or Banshee which focus more on managing the music library, Audacious focus more on music. Motto is simple, drag and drop the files to create a playlist, sit back and enjoy the music. No fancy stuff, Last.fm is the only luxury it has got. Oh yes! it has great customization options as it supports Winamp skins. 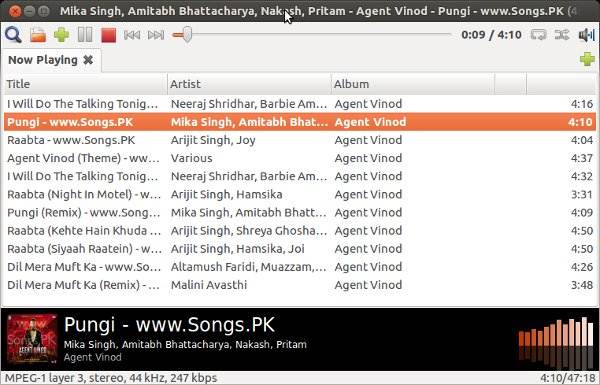 DeaDBeef is a simple, light on CPU yet feature rich audio player for Linux. Unlike its name, it is definitely not dead but very much alive. It plays (almost) all major and minor type of music formats with album art display capability. Last.fm is supported along with several other plugins at disposal. Recently it has arrived on Android so people using both Linux and Android can enjoy the homogeneity on different platform. 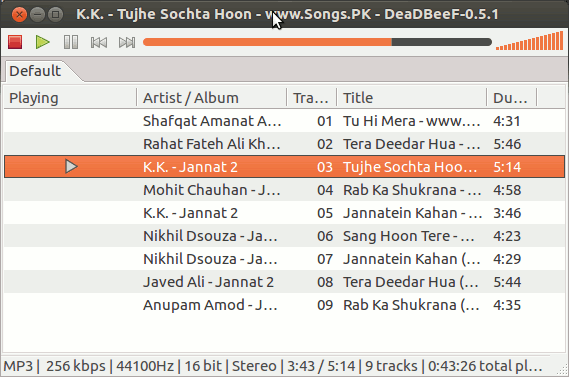 Good things come in small package. Quod Libet is one such small package. It tries to answer “Boy, I wish I could grep my music“. Yes, it has a really strong search features. Written in Python and based on GTK+, it provide you with all the basic features of an audio player apart from the fact that it can handle a large library. Features also include Internet radio and podcast. To an extent it resembles Rythmbox but only less complex. 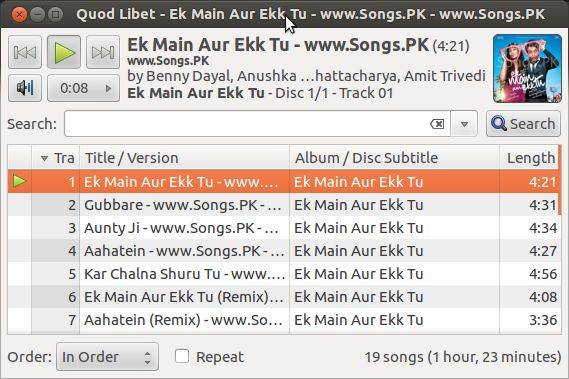 All these music players can be downloaded form their respective official websites, links are provided in headings. I would like to know your views on this list and your favorite music player. What do you say?