The tablet has come far, until it no longer did. Tablet sales have not been going extraordinarily well in the consumer market in recent years, which makes manufacturers slightly concerned about what they should be doing to attract more people to start purchasing their hardware again. One of the most quaint ideas came from Lenovo in early September 2015 with the release of the Yoga Tab 3 Pro, a tablet that includes a small “pico” image projector that is capable of displaying a 70-inch image onto surfaces. Its predecessor was able to project 50-inch images. The question however is whether this could evolve into a trend or become the next passing attempt at holding on to the consumer market.

For business use, having a projector handy is always a very good thing. Projectors are actually a very strong necessity in a business climate, and this is what Lenovo appears to be appealing to. However, it also markets its tablet as an entertainment center, saying that it “transforms your dark room into a home theater” by projecting an image onto any wall or ceiling. That is kind of odd considering how much more this could be envisioned being used in a business setting when the main projector used to handle presentations is missing or somehow unable to work.

Having a projector obviously gives you a substantial amount of flexibility from the get-go. The problem with this is that projectors aren’t necessarily something that consumers look for in their tablets. While the idea is exciting, it may not necessarily spark enough enthusiasm of someone who already owns a tablet to convince them to buy a new one. This is perhaps one of the most powerful reasons why tablet sales have plateaued over the years. The tablets that people bought a year ago or more still work just fine for them now. It’s not necessarily a bad thing for consumers since this is a testament to the fact that they are durable devices.

Here’s a more important question we haven’t asked: is the projector capable of comparing to higher-end stand-alone DLP units?

Can Tablet Projectors Ever Display Images Like True DLPs?

Because of size constraints, it’s safe to say that a tiny projector mounted on a tablet will not have enough power to be able to display an image the same way a mirror-driven full-fledged DLP projector can. The following video is a case in point. 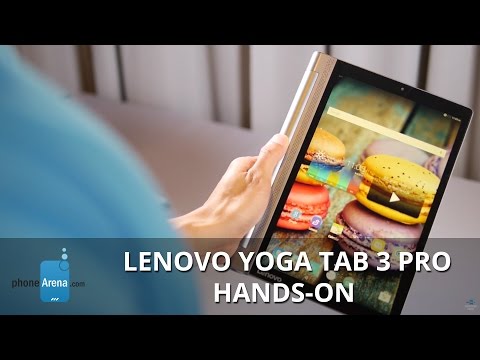 In the above video, the projector handles itself marvelously if you ignore the fact that it would require extremely low-light conditions to actually function without forcing the observer to squint his eyes. This is a common compromise made when the projector’s limited power supply has to be taken into consideration. The truth is that tablets will not easily be able to withdraw a whole lot of current from a small battery without draining the thing in a very limited period of time. We really don’t know how much power Lenovo’s DLP projector uses to display images, but I can assume that it will drain the battery considerably faster than if you had held the tablet (projector off) and used its screen only.

In short, a projector on your tablet could be useful for presenting things to others so long as you have a consistent supply of power outside of your battery and extremely dim lighting (preferably none, in fact).

Is It Worth It?

As with any other piece of technology, beauty is in the eye of the beholder. However, should I ever be forced to hand out a verdict on this, I would have to rule with the opposition to tablets having any sort of projector implemented. Sure, it can be handy, in theory. But if you are a home theater enthusiast who already has a tablet, you’d probably much rather spend the cash on a new projector or at least a new bulb for your old one. The same goes for you if you are a businessperson.

What do you think? Are you excited about tablets with DLP projectors? Tell us in a comment below!

How to Install Windows 10 from Android

6 Best Smartphones for Seniors in 2021

How to View iPhone Emojis on Android

How to Change Your iMessage Bubble Color in iOS

How to Fix the Obtaining IP Address Error on Android