Looking for an affordable drone that is perfect for beginners and intermediate users and can even do a few tricks? Whether you are just learning how to fly, want to upgrade a very basic drone, or want something safe for your child to use (age 12+), the Syma X5HW FPV Quadcopter Drone is one to consider.

It comes with a detachable WiFi camera which uses a mobile app along with a pretty impressive remote control. The remote even comes with an attachable clip that sits right on top and holds your device so that you can see what the camera sees while it’s flying.

Sure, it may take some extra coordination skills to juggle everything, but once you get the hang of it you’ll be doing flips while keeping an eye on the camera and avoiding collisions – all at the same time!

Getting Prepared to Fly

Before you can fly the Quadcopter Drone, there are a few things you’ll need to do:

Getting Familiar with the Remote Control

You’re not going to get very far if you don’t know how the remote control works or what to do once you’ve got it off the ground. Luckily, the instruction manual has a detailed illustration showing the feature of each knob and button.

Although on the large side, the remote control is very comfortable to hold and a joy to use. Additionally, there’s a very cool LCD screen on the bottom that displays useful information like the signal strength, battery level, flying modes, and more.

Connecting to the Camera

If you plan to use the WiFi camera, you’ll also need to download the SYMA-FPV app (available for both Android and iOS which you can get by scanning the QR code on the back of the instruction manual.

Next, you’ll need to connect your device to it by going to WiFi on your device and connecting to the “FPV WIFI ****” connection.

Once connected, open the app and tap “START” to go to the control panel. Here you’ll be able to view the camera in real-time while flying the drone. You can also take photos and record for later viewing.

Note: the camera does not record audio.

If you want to see the true quality of the camera, I have included an untouched video below that was recorded during testing.

When you’re ready to fly, whether indoors or outdoors, you’ll want to be sure that you have a clear, open area. If you’re unsure of where to start, the instruction manual gives helpful directions for operating the drone. Here are the basics.

My husband and I had a lot of fun flying the Syma Quadcopter Drone. Honestly, I am not that great at flying it and can’t get much control of it. Luckily, my husband is a lot better than me and was able to successfully do some flips and hover. You can see the drone in action in the short video below. 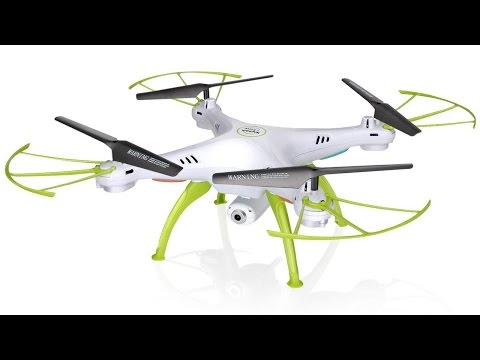 I have only tried two other drones besides this one, but I can honestly say that this one is the best of the three. The remote control is really convenient and a lot easier to use over mobile remote controls (where the drone is controlled completely via a mobile app).

It’s also extremely lightweight and, at first glance, doesn’t seem like it will be that impressive. However, it really surprised me. It’s not only fun to fly and easy to control, but the camera also makes for interesting shots and footage.

What You Need to Know Before Buying a Used Laptop

Why Does My TV Say No Signal? A Quick Troubleshooting Guide

What is VRM and How it Affects CPU Performance

Is a Gaming Laptop Worth Buying in 2021?

How to Use Scanline Sync and Cap FPS In RivaTuner

5 of the Best Hardware Security Keys for Two-Factor Authentication