For all the Apple fans out there, I am sure you have waiting long for the WWDC event to see what big announcements are being made and which products are being launched. For those who have missed the keynote, here is the summary of the update and great features you are going to see in the near future.

The first announcement at WWDC was a new Macbook Air. The new MacBook Air is much thinner than its predecessor. Aside from the MacBook Air’s thinner face, the laptop also includes an improved Intel Core i7 processor and an HD FaceTime quality camera. You have two screen size options, the 11-inch and 13-inch, with the 11-inch being available for a base price of $999. The 13-inch has a base price of $1099.

The highlight is the “next generation MacBook Pro“. The new Retina MacBook Pro will feature a newly introduced Ivy Bridge processor and comes with a 13-inch and 15-inch model with Intel Core i7. The 15-inch goes for $2199.

One big improvement for the MacBook Air is the introduction of Ivy Bridge, a replacement of Sandy Bridge. Aside from the 11-inch model, staying at $999 for MacBook Air, the 13-inch model receives a $100 discount from last year’s $1299 price. The USB port is upgraded and a 512GB storage option is also available. Graphics has also improved, memory has doubled. The difference for the Pro is a thinner build and of course, the retina display. 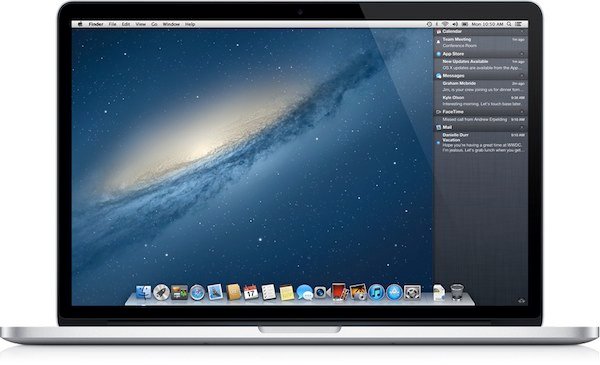 Mountain Lion includes everything that we mentioned in our February preview. Reminders, notes, notification center, they all appear in Mountain Lion. Aside from these features, new features, it also include Voice Dictation, improved searching in Safari, and Power Nap. Power Nap allows your Mac to update all of your notifications and photos while it charges. The Mountain Lion will be available in July for $19.99. The new MacBook Pro and MacBook Air won’t come shipped with them if you buy them in June, however, from today on, Mountain Lion will be free for those buyers. To my disappointment, Siri was a no show for Mac, well not yet.

If hardware was the star of the show, iOS 6 was at least the opening act in terms of excitement. iOS 6 featured everything from an improved Apple built-from-the-ground-up maps application with turn by turn directions, to Siri for iPad, Passbook, and even Facebook integration.

Along with directions, maps includes 3D imaging and high quality traffic information reported by iOS users, for iOS users. Siri for iPad is the first instance of Siri growing out of it’s iPhone 4S parent. More on Siri, the voice application now has support for game scores, movie information, restaurant reservations and info through OpenTable and Yelp. Passbook allows you to have all of your tickets and cards all in one place. If you have a baseball game ticket for this weekend, Maui tickets for next month, your Fandango movie ticket for Friday night, along with your gift cards, Passbook holds all of these in one app. Finally, Facebook is fully integrated into iOS, allowing you to share photos, location, and links on Facebook.

When And How Much?

The price of the MacBook Air line begins at $999 for an 11-inch model.

iOS 6 will be available this fall.

Apple’s Focuses for The Future 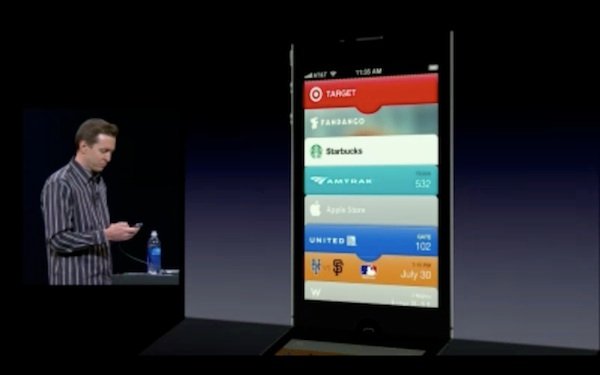 From the WWDC Keynote, it is rather obvious that Apple is integrating the iOS and OSX and have them operate in harmony. This is best shown with the myriad of iOS features now available in OS X, including Reminders, Notes, and others. In addition to the merging of iOS and OS X, WWDC showed how Apple hopes to connect individuals together. FaceTime now having support over cellular networks and Facebook having integration in iOS 6 shows that Apple is looking into making things more social. The integration with Facebook allows users to show music and apps they like from the App Store. Photo Stream in OS X now allows you to create shared folders that allow you to share groups of photos that can be made accessible to iPhoto and other applications. Users can comment on the photos shared as well.

While it amazes me to say, reviews of this year’s WWDC have been mixed. Some, including myself, have touted this as the best WWDC yet, others believe that it could be better. What is your opinion of WWDC 2012? Let us know in the comments below.