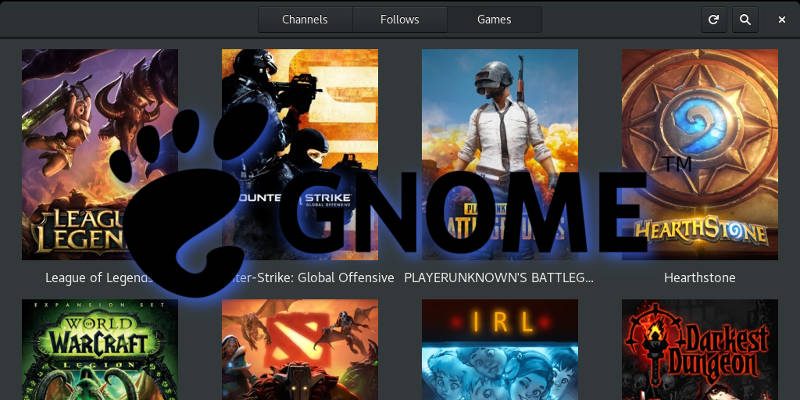 GNOME Twitch is a Linux desktop client for the popular Twitch streaming service. It’s community-created and maintained and not official, but it’s still a high-quality client, and it integrates will into any GTK Linux desktop.

As of the time this article was written, GNOME Twitch is on the verge of widespread adoption into Linux repositories. In most cases it is available, but it requires a third-party repository. 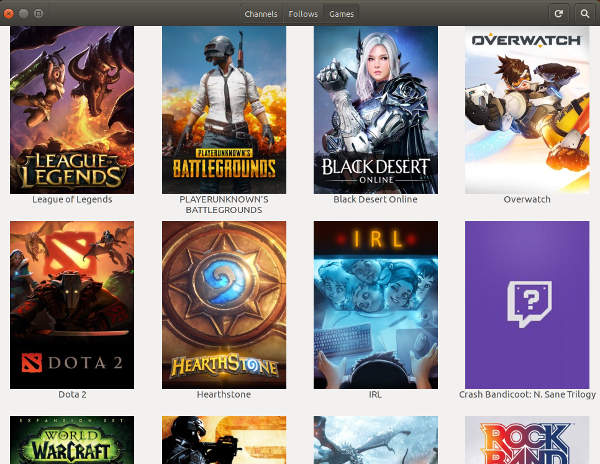 Ubuntu and Debian were among the first to include GNOME Twitch. Both Ubuntu 17.04 and later and Debian Stretch (Stable) and later have GNOME Twitch available in their repositories. You can install it with apt. 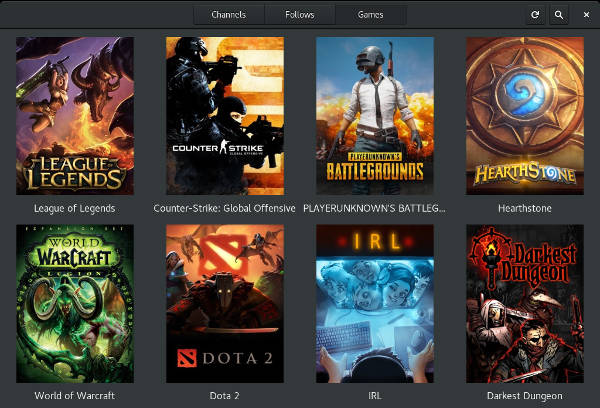 Fedora actually requires two third-party repositories for GNOME Twitch. One contains the actual GNOME Twitch package, and the other contains the multimedia packages that Fedora needs to play the streams properly.

Start by enabling RPMFusion on your system, if you haven’t already.

The next part should be possible through a Fedora Corp repository. Unfortunately, the maintainer decided not to create a Fedora 25 package. That leaves Flatpak as the best option. Install Flatpak on Fedora, if you don’t have it installed already.

Next, add the remote Flatpak repository and install GNOME Twitch.

Arch Linux users can find GNOME Twitch and the super bleeding edge Git version of the package in the AUR.

Begin by installing all of the build requirements.

Now, grab the PKGBUILD file from its AUR page and place it in the directory where you want to build the package.

After you have the file, install the package with the following command: 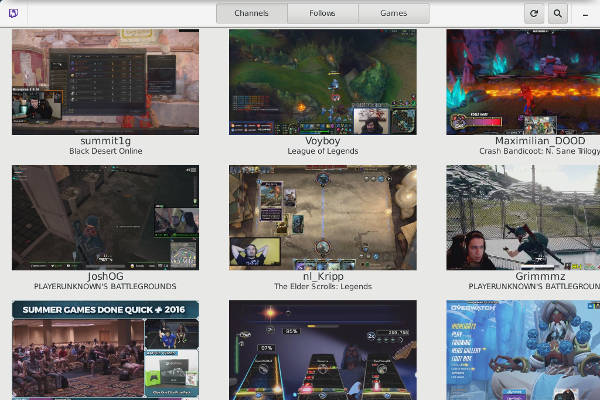 GNOME Twitch has a very visual interface. When you first open it up, you’ll see a listing of the currently-featured streams with a picture preview of their content.

That’s one of three main tabs. The other two are “Favorites” and “Games.” The “Games” tab has a grid-view listing with images of the top streaming games.

There is a very responsive search feature easily accessible in any of the three main tabs that you can use to directly track down any streams that aren’t in the top results.

In the options you can set the resolution of the streams. This is usually not necessary unless your connection is really sub-par. “Source” is probably the best option.

If you have a Twitch account, you can sign in via the options in the top menu, too. This will allow you to get the most out of the “Favorites” tab and participate with your account in chat. 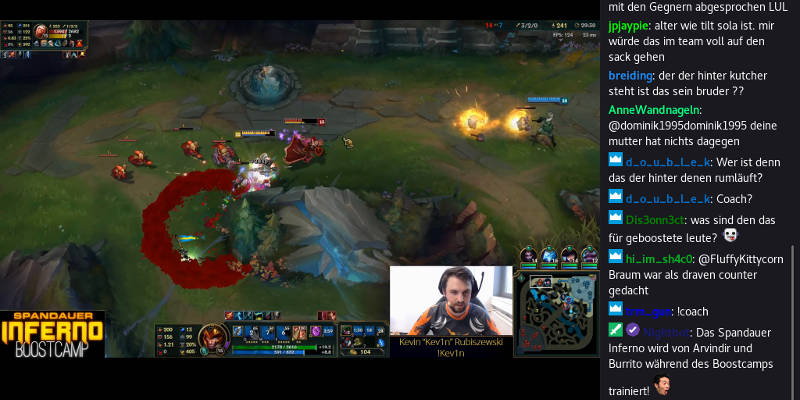 For better or worse, Twitch chat is there too. When you open a stream, chat will be there on the right side of the screen where you expect it.

GNOME Twitch is a great way to integrate your favorite gaming streams into your Linux desktop. This project is under constant development and is always improving, so there may be even more great features coming in the future.