Editor note: We don’t usually cover any news or memorial, but Steve Jobs had been a great influence to us. As a tribute to him and all those wonderful things that he had done, we decided to publish a summary of his life and his legacy.

In very sad news, Apple has reported that Steve Jobs passed away yesterday following his battle with cancer. In his all too brief life, Steve had a huge impact on each of his chosen fields and the entire technology world will be much poorer without his presence.

Steve Jobs was brought up as an adopted child in the San Francisco Bay Area of California. Though a college dropout, he was a very intelligent and driven young man and following a stint working at Atari, where he co-created the classic game Breakout with Steve Wozniak, Jobs went on to co-found Apple Computers with Wozniak and fellow Atari employee Ronald Wayne (they were soon joined by Mike Markkula).

As the success of the Apple I and especially the Apple II computers gave Apple the chance to expand its workforce, the company took in more employees and Jobs famously enticed John Sculley to leave his post at Pepsi-Cola in order to serve as Apple’s CEO with the line “Do you want to sell sugar water for the rest of your life, or do you want to come with me and change the world?”. Sculley, of course, joined and it was to be a fateful decision as the new CEO soon fired Jobs from the company he helped create.

Far from spending these years away from Apple in the wilderness, Jobs went on to prove that his success was not a fluke and bought the Graphics Group, renamed it Pixar Animation Studios and steered it to great success, producing many animated cinema classics such as the hugely successful Toy Story. Pixar was eventually sold to Disney, making Jobs a major shareholder in that company too.

In addition to Pixar, Jobs also created NeXT Computer and though the company saw limited commercial success, it contained some really great ideas – many of which went on to be integrated into Mac OS X. It was a NeXT computer which served as the World Wide Web’s first server, created by Tim Berners-Lee at CERN.

Eleven years after his sacking from Apple, Jobs returned to a company in stagnation, written off by many of its rivals. However, following a period of readjustment (and with a couple of missteps on the way), Apple returned to profitability, capitalising on a brilliant ‘Think Different’ marketing campaign and producing one hit after another with the help of design wizard Jonathan Ive. Apple now began to release real modern technology masterpieces like the iMac and iBook. It was with the launch of the iPod however, that Apple became a truly huge global name.

In typical Apple fashion, the original iPod drew upon ideas and trends which existed in other products, but made them easy to use, elegant and ergonomic. The iPod introduced Apple to many new consumers, eventually grabbing an incredible market share so that over 70% of digital music players sold was an iPod. The iPod was combined with a switch to Intel processors and another huge leap in sales. By the time the iPhone was announced, Apple had proven themselves a very special company at the top of their game.

Jobs had such an active professional life that it would be difficult to list all his incredible achievements in one article, however, it is fitting that we take a moment to pause on the man’s real greatness. One need not own an Apple product to understand the impact that Steve Jobs has had on the world of technology and animation. Jobs’ stubborn refusal to settle for anything less than perfection also pushed other companies to do the same and the end result is a win for the customer, whichever platform you use.

Perhaps Steve is best remembered here on this famous speech he gave at Stanford University, outlining his life, his thoughts and the driving force behind Apple. 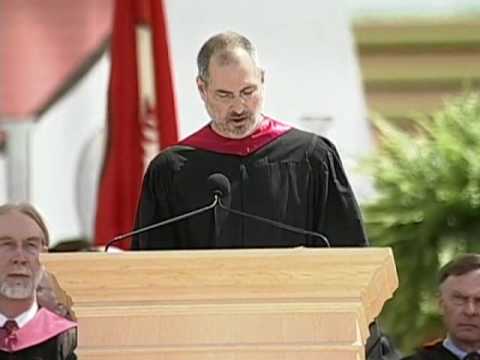 Goodbye Steve and thanks.

Adam Williams is a journalist from North Wales, regularly covering music and technology for websites such as Make Tech Easier, Mac.Appstorm, iPad.Appstorm and Fluid Radio, in addition to writing weekly content for Apple Magazine. Follow him or contact him on twitter here

Apple Ready to Allow iPhones to Use 3rd-Party App Stores

How to Open, Edit and Convert Apple Pages Files on Windows

Elon Musk Has Beef with Apple Over Twitter App

How to Install the macOS Beta on Your Mac

Apple Tap to Pay to Include PayPal and Venmo Payments

Apple Working on Changing Prompt From "Hey Siri" to "Siri"

How to Elevate Your AirPods Listening Experience With Spatial Audio