Technology has brought us many innovations that have changed our lives. One of those is personal sound. While headphones have been around for decades, we use them and their wireless in-air cousins earbuds much more and for many more things than listening to music. A new technology is going to upend our lives again. SoundBeamer is a device that will deliver that personal sound but without headphones or anything else on our ears.

The Israeli company Noveto Systems is bringing this new technology, “sound beaming,” forward and delivering it in a desktop device, the SoundBeamer 1.0. It delivers sound to the user without the use of headphones or earbuds and without disturbing anyone nearby.

The company sees many practical uses for such a device, such as office workers not disturbing their colleagues while they listen to music or take conference calls, and the more personal use of playing music, a movie, or a game without disturbing anyone else in the room. Additionally, because there are no headphones, the user can hear other sounds in the room more clearly – there’s nothing muting those sounds.

A 3-D sensing module is used in sound beaming. It finds and tracks the position of the user’s ears and sends audio through ultrasonic waves to create sound pockets near the ears. Not only can the audio be heard in stereo, but it can also be heard in spatial 3-D, giving the user 360-degree sound, according to Noveto.

SoundBeamer Product Manager Ayana Wallwater relayed that she enjoys people’s reactions when they sound beam for the first time. “Most people just say, ‘Wow, I really don’t believe it,” she said.

“You don’t believe it because it sounds like a speaker, but no one else can hear it. … It’s supporting you, and you’re in the middle of everything. It’s happening around you.”

With a change in the settings, the audio can follow a listener as they move their head. You can also move out of the path of the sound and not hear anything.

“You don’t need to tell the device where you are. It’s not streaming to one exact place,” explained Wallwater. “It follows you wherever you go. So it’s personally for you – follows you, plays what you want inside your head.”

“This is what we dream of,” she continued. “A world where we get the sound you want. You don’t need to disturb others, and others don’t get disturbed by your sound. But you can still interact with them.” 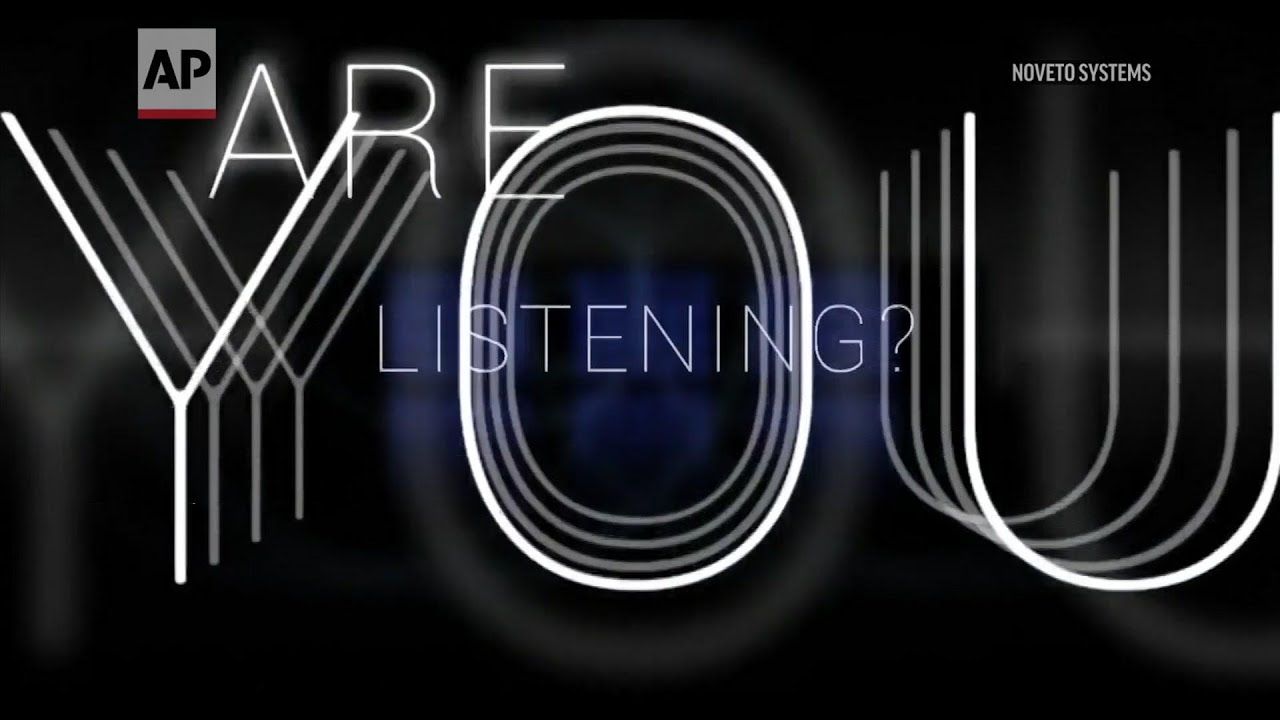 “I was thinking, ‘Yeah, but is it the same with headphones?’ ” explains CEO Christophe Ramstein of his first experience with the technology. “No, because I have the freedom, and it’s like I have the freedom of doing what I want to do. And I have these sounds playing in my head as there would be something here, which is difficult to explain because we have no reference for that.”

The one invention Ramstein could think of to compare to SoundBeamer is the iPod. When he used one for the first time, he thought, ” ‘Oh, my God. What’s that?’ I think sound beaming is something that is as disruptive as that.

Noveto is the first to bring sound beaming to a desktop device with the SoundBeamer 1.0. The hope is to have a “smaller, sexier” version of the device ready to hit the market in time for Christmas 2021. You can learn more at the Noveto website.

If you’re not sure about SoundBeamer and unsure how much different technologies matter with personal sound, read on to learn In-Ear vs. Earbud Headphones: Is There a Difference?