Different from spoken language, the written language can be very difficult to use when conveying emotion. That’s why authors often go to great lengths just to explain a word. For example, the word “Really?” will have different meaning and tone if the speaker says it with surprise, cynicism, sadness, humour, happiness, or other emotions; while in writing it’s just one simple word. How do you transfer that into writing?

And in this era when most communication is done electronically in the shortest and most concise way, this problem has become more troublesome.

The Evolution of Emoji

Emoticons began to gain popularity to help convey those emotions. Everybody is familiar with :) and :( that symbolize happy and sad. The Japanese invented their own set of emoticons that they called emoji – ^_^ for smiling and ^_- for winking. Both have the same goal, but they use different terms and different characters.

Along with the popularity of mobile phone and text messages, emoticons and emojis became widely used. The trend continues to the smartphone era, and smartphone makers decided to include those emoticons and emojis as pre-set and ready-to-use characters of the digital keyboard. The term “emoji” has grown to be more than just smiling, winking, and laughing. There are automobiles, animals, flowers, cakes, flags, and hundreds of other characters. There are also different races of people with different complexions and different lifestyles.

Inserting the emojis into your conversation is as easy as tapping a particular button on your smartphone’s keyboard. Now you don’t have to worry about not being able to translate the emotion in the written language.

The Next Generation of Emojis

It seems that even the broad choice of emojis today still can’t satisfy us. Some say that emojis can’t represent the speakers. The best thing that can show our emotion is ourselves. That’s why MiMo Keyboard for iOS (free) came up with a way to create and share emojis using our own pictures. And it’s not limited to selfies; you can also use other real-world objects like a cup of coffee to ask your friend to grab one, or your cute puppy to cheer up someone  having a bad day. It’s only limited by your imagination.

Before you can use MiMo Keyboard on your iPhone or iPad you have to install it as another keyboard. After you finish downloading the app, go to “Settings -> General -> Keyboard.” 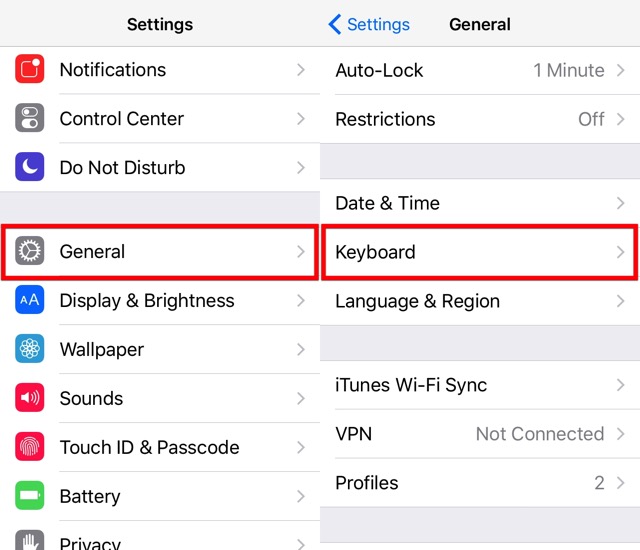 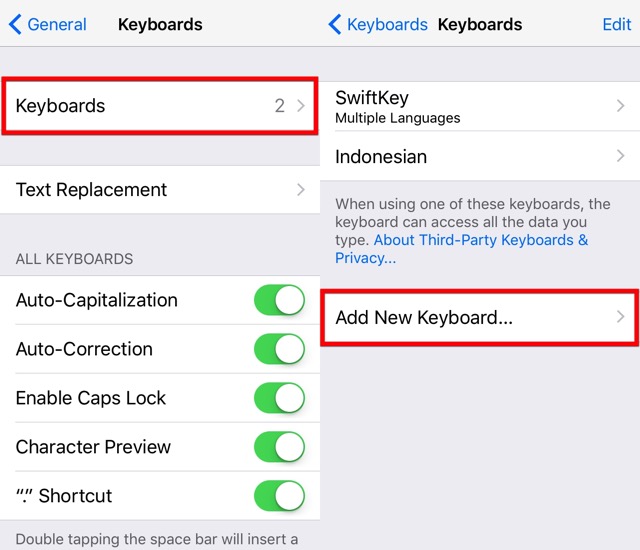 MiMo keyboard will be listed under “Third Party Keyboards.” Choose it and you will be taken back to the “Keyboards” menu. MiMo is now listed among other active keyboards. Tap it and slide the “Allow Full Access” toggle on the next screen. And now you are ready to use MiMo to create and share your own emojis. 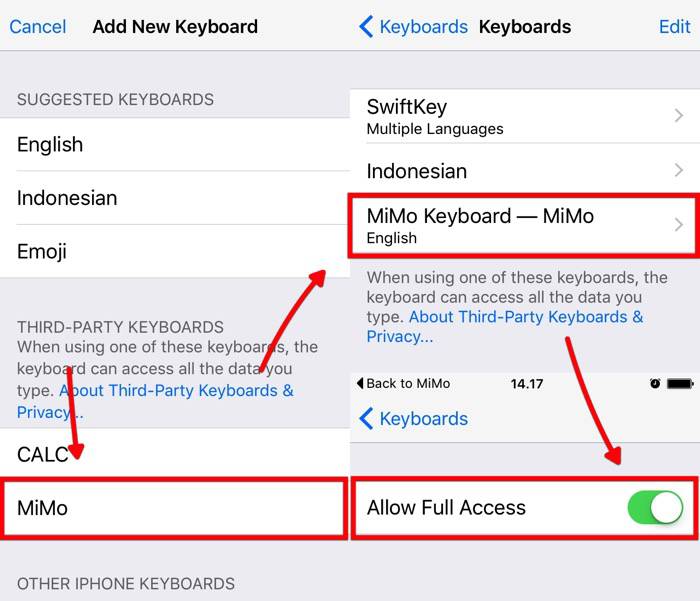 To create emojis from photos, or MiMos as the app creator prefers to call them, open the MiMo app and take a photo as you normally do with other photo apps. It’s advisable to take a clear picture of the object that you want to turn into emoji.

The next step is to edit the image by removing the other unwanted element of the photo. It’s not as complicated as it sounds because all you have to do is to swipe your finger on the area that you want to erase. There are “Undo” and “Redo” buttons to help you along the way. 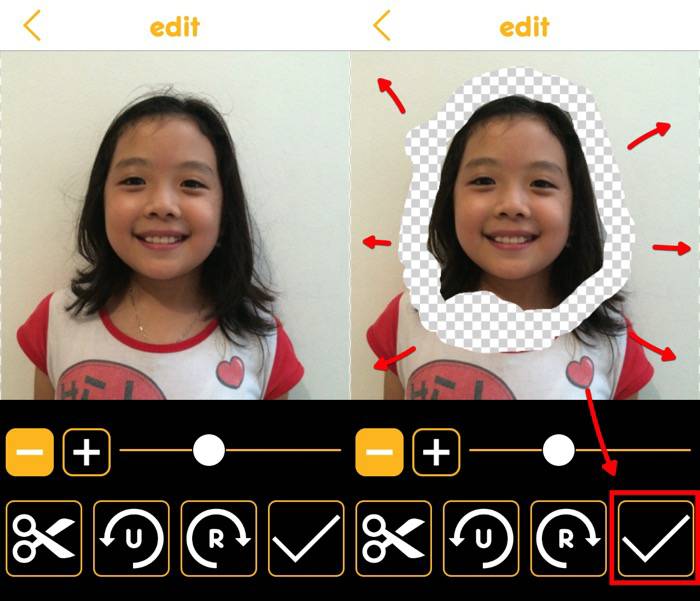 After you are satisfied with the result, you can save it using the “Checkmark” button. You can choose to save it locally only for you to use using the person silhouette button or to share it with the world using the globe button.

After that you can open any application that uses the keyboard, such as Messages, WhatsApp, email, or Facebook, and switch the keyboard into MiMo keyboard. You can see all of your available MiMos. Tap one of them to automatically copy it. 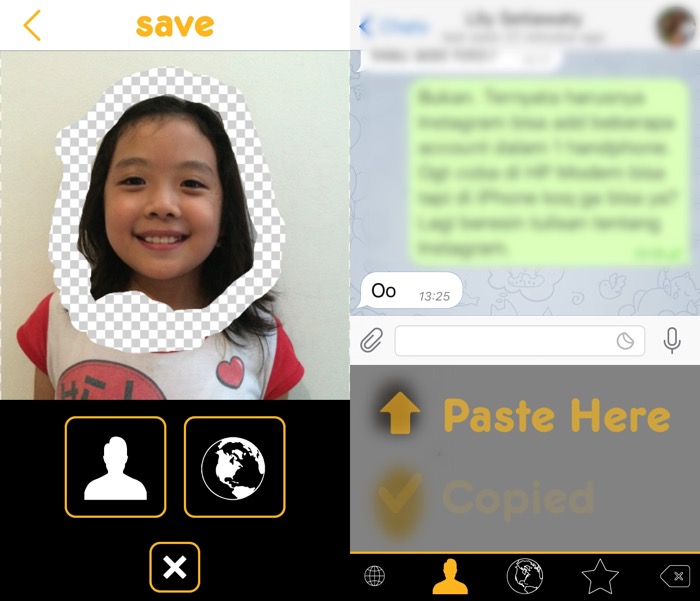 Then tap on the writing area of the keyboard and paste your MiMo. 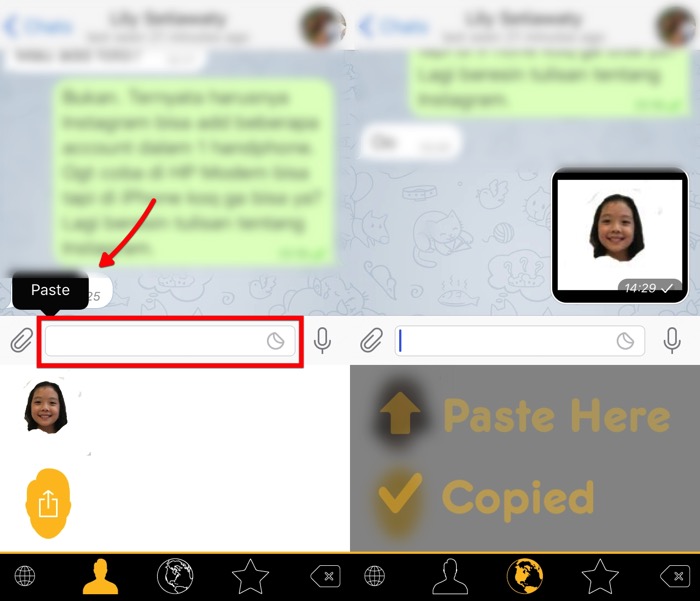 Congratulations, you have just created and used your first MiMo!

Even though the app is still in its early stages and there are still a few wrinkles to iron out, MiMo keyboard gives a new perspective for looking at the emoji world. One of the features in my wish list is for the developer to add the ability to delete saved MiMos. Another one is a way to move saved MiMos from local to share and vice versa.

In my opinion, the app takes a little getting used to, especially in the editing process, but it’s easy enough and fun. If you love using emojis in your social networks or messages, you should try the app. If you have tried it, share your experience using the comments below.