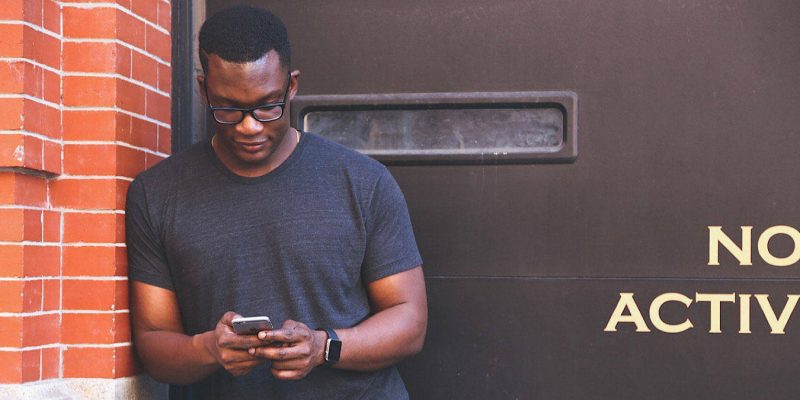 Researchers, however, are realizing they can predict people’s personalities based on their phone usage by studying the smartphone’s accelerometer.

Are you wondering what your smartphone use says about you? It probably says more than you may realize.

Researchers at the Royal Melbourne Institute of Technology are claiming they developed a method that allows them to predict the personalities in people based on examining their phone usage through their phone’s accelerometer.

Test subjects filled out a personality survey connected to the five main personalities of extroversion, agreeableness, conscientiousness, neuroticism, and openness.

These people were then given Android phones with software that would occasionally collect data from them such as when they would place calls and text messages, as well as their physical activity in the phone accelerometers.

The two areas of the study were then matched, the participants’ known personalities and the data from the smartphone accelerometers, looking for trends and patterns.

“We assumed that we can predict human personality by studying participants’ phone activity and physical activity intensity,” the study reported.

What these researchers were able to determine is that the people who had consistent movements on weekday evenings were more likely to be introverted, while the phone usage from extroverts showed more random usage

Do you feature yourself as a person who is easy to get along with and more apt to be optimistic? This trait was seen in phone usage that was more random, though it also showed they were busier on weekends and weekday evenings.

Conscientious, organized people had it figured out where they didn’t need to talk to people often. They tended to not contact the same person often with a short space of time, as if they have their thoughts organized enough that they just don’t need to send multiple texts.

Just what will researchers be able to do with this information?

“There are applications for this technology in social media with friend recommendations, online dating matches, and targeted advertising, but I think the most exciting part is what we can learn about ourselves,” said Nan Gao, lead study author and a Ph.D. student at the university.

“Many of our habits and behaviors are unconscious, but when analyzed, they tell us a lot about who we really are,” she added.

Of course, this may not be news to those involved in the Facebook/Cambridge Analytica scandal. While they were not specifically collecting phone data, they were picking up personality quiz answers and using that to determine how you might vote.

And that’s where the danger comes in with this research. Sure, it’s interesting that our personalities can be determined by how we use our smartphones, and perhaps it’s the cynic growing inside of me after writing too many news articles about data breaches, but that’s all I can see.

I am sure there are wonderful things that could be determined by using this research and learning about personalities through phone usage, just like Gao suggested, but I’m only seeing nefarious types of individuals developing apps that will collect this data, having it added to our smartphones through malware, and collecting data on our personalities to harm us in some way.

Can you see the good in this research, or are you seeing the harmful ways this study could be used against you? Let us know what you think about the possibility of determining your personality through your smartphone usage in the comments below.