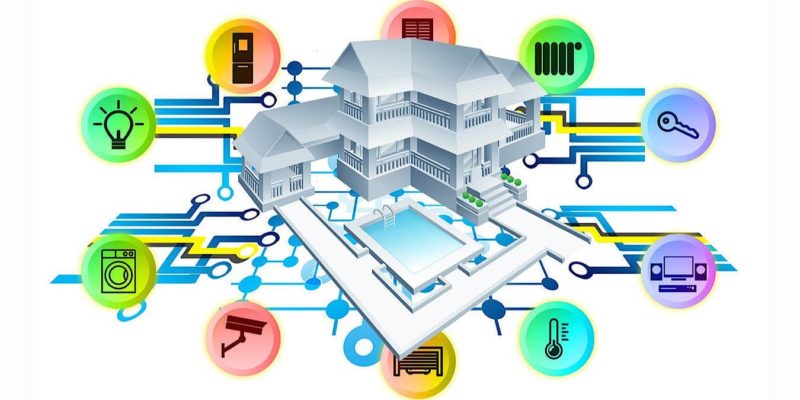 We’ve learned a lot in the past year or two about the possible ways the privacy of Internet of Things products can be breached. We tend to think of them making tasks easier and forget that these products are still connected to the Internet and can still collect data.

This could be why a Google vice president suggested that guests should be informed if you have smart devices in your home. This does present something to consider. Should people be obligated to tell guests if there are smart devices in the home?

Phil thinks it all depends on the devices. If it’s an Amazon Echo, then no, but if you have a “whole house peppered with IP surveillance cameras,” then yes. His dad has dementia, so they’ve installed discreet IP cameras around the home to keep an eye on him since they don’t live close to him. They did let the home health care worker know that she was potentially being watched. He feels, “It’s only common courtesy to let people know they are being filmed, no matter how good the reason.”

Sayak contends “it’s hypocritical of Google to demand the end-users respect their guests’ privacy, while they wash their hands of it completely.” He sees it as unacceptable that Google third parties are trying to assess private Google Home recordings and feels the same with the Nest thermostat. They’re not doing enough to inspire trust in their smart devices. “Put your own house in order first, Google, before you preach about privacy.”

David is on the fence. While it feels like extreme paranoia to have a warning label on your home, the deep privacy concerns with smart devices need to be addressed before he’s comfortable adding anything else “smart” to his home. Ultimately, if you have a number of cameras or voice assistants around your home, he would point it out, especially if there’s a sensitive discussion taking place. He suggests possibly even disconnecting the devices temporarily.

Since most devices don’t save recordings unless they are directly addressed by name, Alex thinks it’s a non-issue. He notes that using the same logic, you would need to warn people that you’re carrying a smartphone because its microphone could be used to eavesdrop.

Ryan doesn’t think it’s necessary. With the amount of personal info we all give away on a daily basis to social media networks, Google, etc., it “far outweighs any potential recordings of random chitchat that these smart devices might pick up.”

Miguel sees it as “absurd to legally oblige people to go out of their way to inform their guests of things like these.” He notes that guests visiting homes in most countries don’t need to be told about other things in the home like guns.

And this would be a law that would be easy to miss, as it’s not really instinctual to warn people about things that don’t have any bearing on their immediate safety. We warn our guests if the tea is boiling hot, if pets are aggressive, or if there’s noxious gas coming from the bathroom, but when it comes to the type of TV or entertainment system we’re using, it doesn’t register. He thinks this kind of law would be too easy for someone to break without even knowing it existed.

I have many smart devices in my home, but I never thought about warning anyone before. But if you are someone I’m inviting into my home, you know me, you know I write for Make Tech Easier and IoT Tech Trends, and you know I have a lot of tech products, so you already know I have that stuff in my home anyway. I don’t invite strangers into my home. And if you don’t know that about me, you really don’t pay attention to much anyway.

Our writers offered some great thinking points here with regard to our responsibility, Google’s responsibility, existing information, comparison to guns in the home, etc. Do you agree? Should people be obligated to tell guests if there are smart devices in the home? Chime in to our discussion in a comment below.