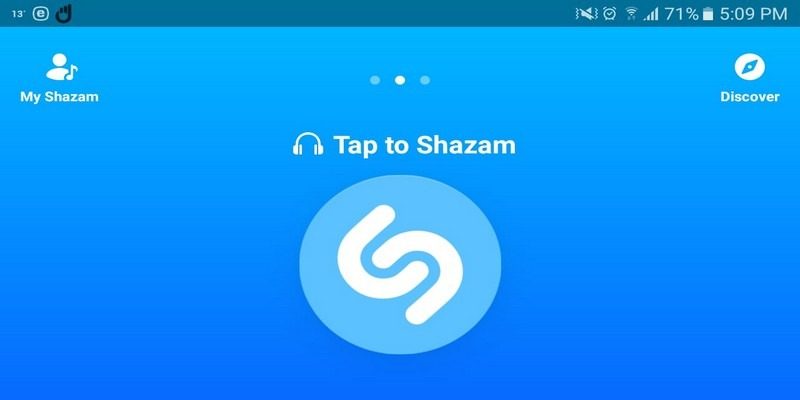 Shazam is an app that needs no introduction. Thanks to this app, you can quickly identify a song right down to the artist and name of the song. Whenever you want to identify a song, you have to place your phone in a way so that the app can pick up the tune using the external speaker.

But, identifying a song is difficult when you hear it on your device If you’re privately listening to your music with earphones. Now it’s possible to identify a song on your device, even if you have your earphones connected.

How to Identify a Song on Shazam with Earphones On

The previous versions of Shazam made you use the device’s external speakers to identify a song. With the app’s latest update, it is no longer an obligation to use your device’s speakers to name a song. To enjoy this feature, you will need to update the app to the latest version.

The earphone you use doesn’t need to have a mic since the audio is captured internally. To start using the feature, launch Shazam and swipe right so that you’re in “My Shazam.”

Tap on the cog wheel at the top-left of your display so it can take you to the app’s Settings. Swipe up until you can see the option that says “Pop-Up Shazam.”

This is the option that is going to allow Shazam to identify the songs internally. The app will ask you to give it permission to appear on top of other apps. The app will automatically take you to where you can enable this option, and you will also need to grant the app permission to record audio as well.

Once you enable this permission, Shazam Pop-Up will be activated, and you can confirm this in the notification bar. It will say “Pop-Up Shazam is on, Tap to identify music while using other apps.” If you ever want to turn this feature off, you just have to follow the steps previously mentioned and toggle it off.

There is no obligation to use the floating icon. The app will still be able to identify the songs by tapping on the Shazam logo on the app’s main page.

Where to See Song Lyrics

When you identify a song with the earphones on, Shazam will also show you the lyrics to the entire song right from the floating Shazam icon. Tap on the floating icon, and Shazam will show you options to open the song in Spotify and even add it to your playlist.

All the songs that Shazam identifies can be found in the app’s My Shazam list. Even if you decide to hide the Shazam icon, you can easily make it appear by tapping on the notification that will always be visible in your tray.

Now it’s easier to identify a song, even if the song is coming from an app on your device. What’s even better is that Shazam’s feature also makes it easy for you to add your newly discovered songs to your Spotify playlist without hassle, even if you’re using earphones. What are your thoughts on the feature?