At one point or another, everyone has wished they had easy access to screenshots.

There is, of course, no shortage of screen capture options for those who look. Windows operating systems have a nifty Snipping Tool that can be pinned to the taskbar to be used at any time, and there are countless FireFox and Chrome extensions that support capturing screens from webpages.

Puush, stylized puu.sh, is a free, file-pushing cloud storage application that prioritizes quick screen capture and sharing as its primary feature. Before puu.sh and other applications like it came along, people who wanted to share screenshots with one another generally had to use one tool to capture them – like Windows’ Snipping Tool – and then another, like Dropbox or Imgur, to actually share their screen captures with other users.

Note: Before taking advantage of puu.sh, you will need to go to their website, create a free account and download the application executable. After that, puu.sh will start automatically with Windows and will be usable across your entire operating system. Puu.sh is available for Mac OS X as well.

puu.sh is capable of serving both of these purposes. From anywhere on your computer, you can activate puu.sh with the keyboard shortcut “Ctrl + Shift + 4” to select portions of your screen to share. After making your selection, puu.sh will automatically upload the resulting image and place a link to it in your clipboard so that you can immediately paste it wherever you need to.

So puu.sh is clearly a powerful screen-sharing application.

What else can it do? 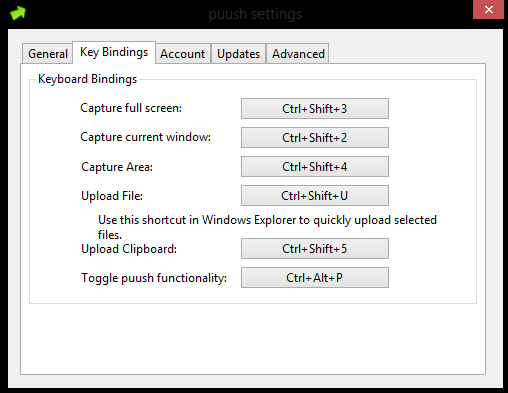 All keybinds are customizable to the user’s desire, and in addition to standard capturing, puu.sh is also capable of uploading any file from within windows to its own servers for sharing. 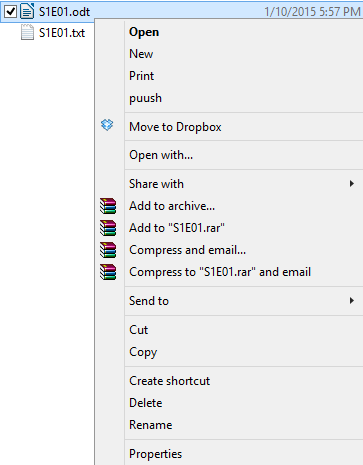 No matter what the file is, puu.sh can quickly and easily share it to whoever you provide the link to.

In comparison to Dropbox, however, puu.sh does have its limitations. Every puu.sh filename is automatically generated, and there’s nothing the user can do to change that – so if you’re sending an image to someone that relies on its particular file name to contextualize whatever message is being made, that little sublety can be lost.

Plus, if you’re just downloading another person’s puu.sh files, you can’t really sort through them by filename unless you decide to rename every one manually.

Fortunately, puu.sh has account management wherein you can view every file that you’ve uploaded to their servers. 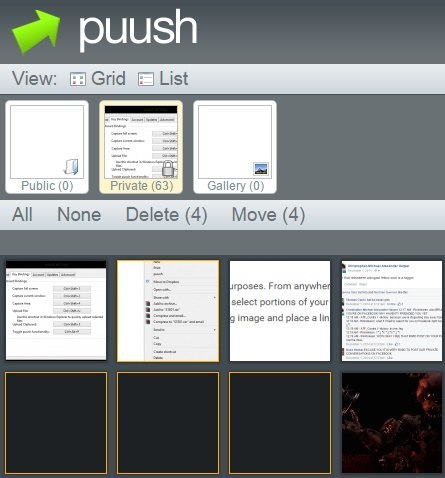 By default, every puu.sh file is private, only viewable by people who have a direct link to it.

Should you want to, however, you can make files public, add them to their own gallery, or delete them entirely. While this is a limited solution in comparison to other, more definitive cloud-based sharing services, it’s perfectly suitable for what it is.

If you want an extremely efficient, customizable file-sharing service – well, you see where this is going.

9 Portable Apps for Windows that You Need in Your Pocket
8 Safe Websites for Downloading Windows Software
7-Zip vs WinRAR vs WinZIP: The Best Tool for File Compression
101 of the Best Free Software and Apps for Your Windows PC
Worried About Your Hard Disk? Here Are 4 Ways to Check Hard Disk Health on Windows
How to Easily Backup, Restore, and Manage Files With Coolmuster Android Assistant
How to Mount (and Unmount) an ISO File in Windows
Action! Screen Recorder: All-in-One Software for Screencasting, Game Recording, and Live Streaming on Windows