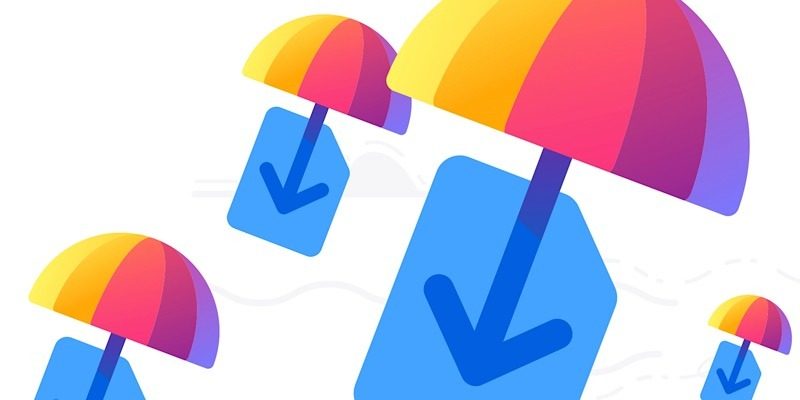 This week Mozilla launched a new file-sharing service that solves a problem. It can be difficult to share larger files because many times they are too large to send in email. That leaves us with sharing over Dropbox or another cloud storage service, even if we have no desire to save it, just to send it.

Mozilla solved this problem by launching Firefox Send, a free, encrypted file-transfer service. It allows users to share files over a a browser, and it doesn’t even have to be through Firefox.

You won’t ever struggle to share a larger file again, as long as it’s under 2.5 GB, of course, and as long as you trust Mozilla’s end-to-end encryption.

Those who used the service when Mozilla was testing it were limited to sharing files of 1 GB or less, but now it’s been opened to 2.5 GB, as long as you sign up for a free Firefox account.

I tried Firefox Send out on a smaller file but was able to do it without signing up for Firefox and did it on the iCab browser, so was doing it with local storage on my iPad Pro. 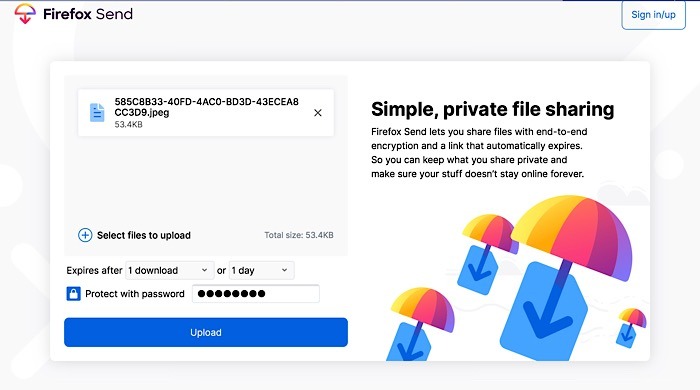 After selecting your file, you can choose how many times to download it with options from 1 to 100. Next, you choose how long the file will be stored with choices of 5 minutes, 1 hour, 1 day, and 7 days. There is also an option to protect it with a password. After uploading, you’re given a password to share with whomever and however you want.

The recipient only needs to paste the link into their browser or click on it, depending on how they receive it, apply the password, if necessary, and they’re given the option to download. It didn’t work to share it on mobile Safari, but I believe that’s because of Apple’s limitations. I was able to download it on Opera and iCab. Recipients do not need to have a Firefox account.

Mozilla promises encryption and also provides the password protection, referring to it as “Private by Design” and noting their mission is to “handle your data privately and securely.” Firefox accounts are designed so users never send Firefox their passphrase.

But, of course, you are always taking your chance sharing anything through the Web, so it is probably best to not share highly-sensitive files, such as anything financial.

It could not be any easier to share files with Mozilla’s Firefox Send. It takes mere seconds. As stated above, the only roadblock is if you hesitate to share anything in this manner for fear of lack of privacy and security. If you’re an untrusting individual with regards to the World Wide Web, this won’t be a solution for you.

Does the idea of sharing files through Mozilla’s Firefox Send sound like it will solve problems for you? Or do you only see it as inviting new problems? Comment below and let us know how you feel about it.