We have previously discussed how you can use AndroMouse to turn your Android phone into a wireless mouse for your computer. In this tutorial, we will show you how to set it up in Ubuntu.

The tutorial was performed with Galaxy S2 and Ubuntu 12.04 but it should be valid with any Android Phone and Linux combination.

Go to the AndroMouse website and download the AdroMouse application for your desktop. It used to be a exe file for Winodws, but has been rewritten in Java to ensure cross platform compatibility. The downloaded file is a zip file which can be easily extracted. After extracting, you will see a .jar file (namely, AndroMouse Desktop 2.5.jar).

To run the .jar file, you must have Java installed on your computer. You can follow the instructions here to install Java if it has not been installed. It will work fine with either the Sun JDK or OpenJDK version.

Once you have Java installed, you can right click the .jar file and select the option of “Open With OpenJDK…” or something similar to it. 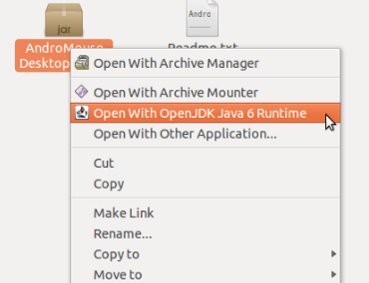 If that option is missing, open a terminal and type the following:

When you successfully run the .jar files you will be greeted with the following screen: 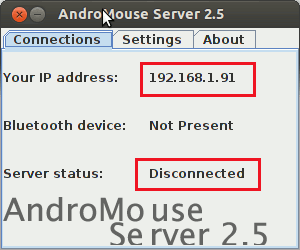 The GUI of the AndroMouse server is ugly and really lame, but it works. Do not be bothered about the “Bluetooth device” tag or server status. We are done on the desktop side. Lets got to Android.

Go to Google Play on your Android device and search for AndroMouse Lite version. You can opt for Pro version for an ad-free experience. Once installed, launch the application. It will bring you to the home screen with different options to connect. Select “WiFi” here. 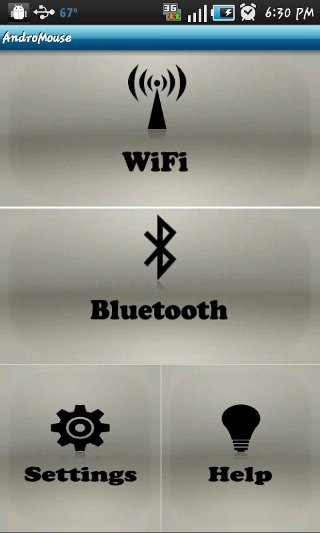 After this, you will be brought to a screen asking for server’s IP address. If you remember in the AndroMouse desktop application, it had shown an IP address. You should enter that. And if you are feeling lazy, then just click on “Detect Server”. That should work as well: 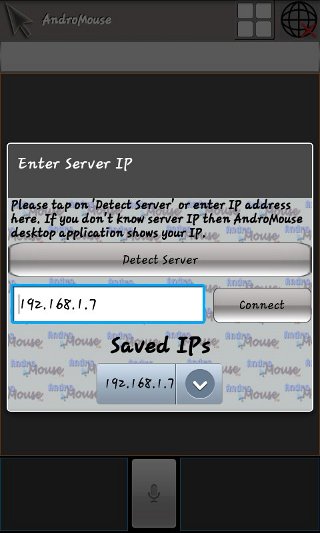 Nothing more needs to be done. If you check in Ubuntu, you can see that the server status has been changed to “connected”. 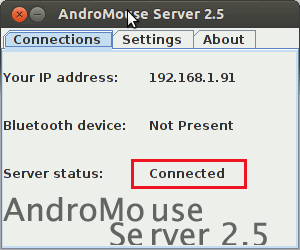 Back on the Android app, you can use the device as a mouse, keyboard, number pad and function keys. You can switch between them by pressing the square button on the top tight corner: 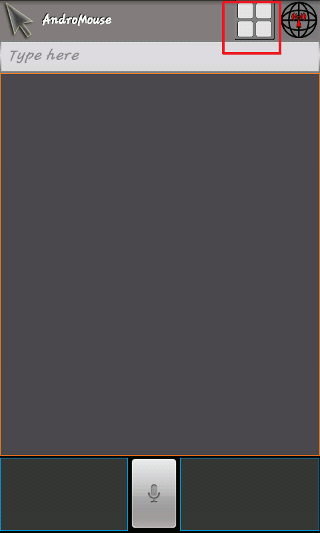 Some other functionalists are available in Pro version such as media remote, presentation remote etc, but if you don’t want to spend a dollar or so, free version works just fine.

First thing first, it is not a replacement of an actual wireless mouse, but it works pretty well. At least the general touchpad works good. The two-finger scroll is sloppy and does not work properly. The keyboard usage is fine. There is also an option of voice controlled input which did not work for me (Indian accent, you see). AndrMouse Lite is quite suitable for some minor usage as wireless remote. Works satisfactory with Ubuntu.