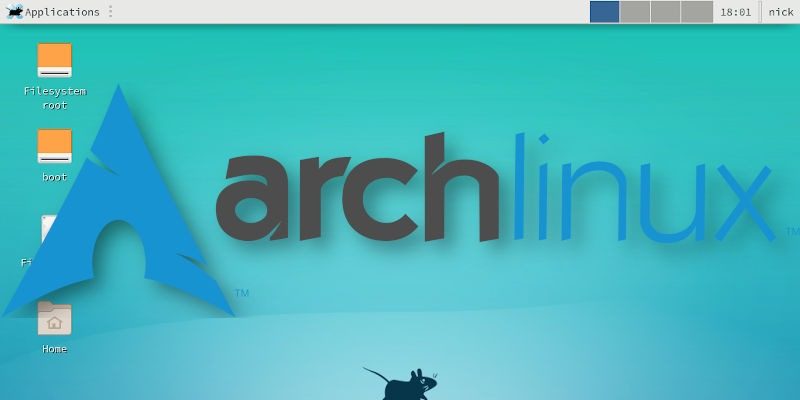 You’ve just installed Arch and booted your new system, and you have … a black terminal screen. Unless you’re familiar with Arch or you’re looking to set up a server, this can be somewhat disheartening. Don’t worry, a you’re closer to a working desktop than you may think.

The default Arch install doesn’t come with a graphical desktop because Arch gives you the power to choose your own. If you’re new to this or looking for a suggestion, XFCE is a fantastic place to start. It’s a tried-and-true Linux desktop that’s light on resources while still providing a complete desktop experience. It also doesn’t take much work to get up and running on Arch.

Related: How to Install Arch Linux

Before you do anything, you’re going to need the graphics drivers for your card. If you’re using Intel integrated graphics, you’re not exempt. Arch doesn’t include any graphics drivers in the base install. 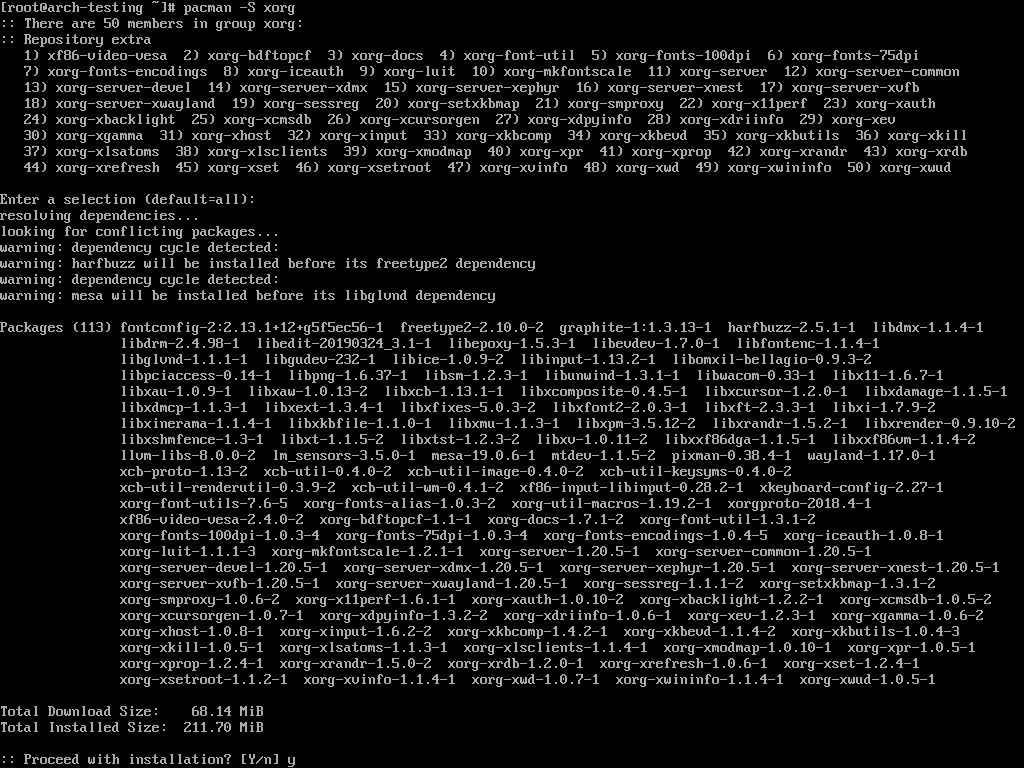 The next piece that you’re going to need is the Xorg server itself. All graphical applications, including your desktop environment, are built on top of Xorg. The Xorg package for Arch is a meta-package, meaning it’s actually a large bundle of software that includes everything that you’ll need for Xorg. So, install the bundle, and Arch will set it all up.

Pacman will show you a big list of packages before installing. Press Enter to install them all, unless you know specifically what you’re looking for.

If you’d prefer a more minimal install, you can get just the Xorg server. Be aware that you may be missing dependencies later on, depending on what you want to set up.

Like with Xorg, desktop environments on Arch come in meta packages. They can be large and contain hundreds of packages. XFCE is a smaller environment and doesn’t require quite as many packages as something like GNOME or Plasma, but it will still take a few minutes to install.

You can install the XFCE meta-package by itself, but the extra goodies package contains a lot of useful desktop utilities, so it’s highly recommended that you install it too.

Just like with Xorg, Pacman will ask which package groups to install. Press Enter both times to install them all. Be patient and let Arch set everything up. This is the bulk of your desktop.

Set Up Your Display Manager

Right now, you can start your XFCE desktop from the command line, but the next time you boot your computer, you’ll be right back on that terminal screen. That’s because you don’t have a display manager set up. A display manager is responsible for the login screen you drop onto after starting your computer.

First, if you want to test out XFCE, go ahead. 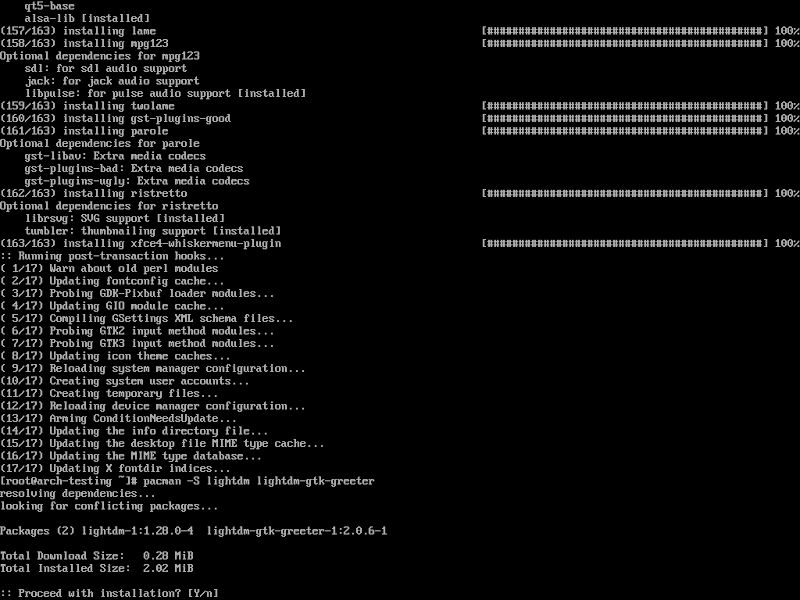 Now, open a terminal, or keep working in the one you’re in. This guide is going to use LightDM as your display manager. Most distributions pair it with XFCE because it’s lightweight and isn’t tied to any one desktop environment. Go ahead and install it. 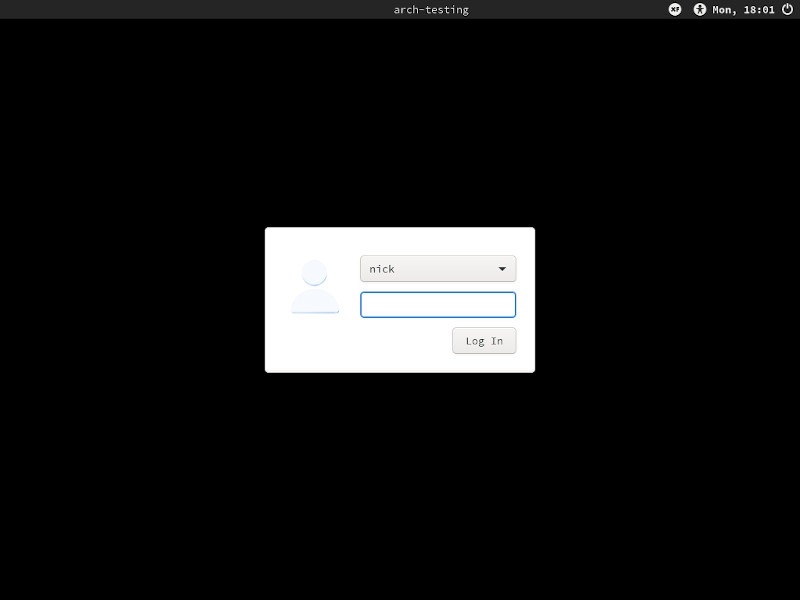 Display managers are a service, so enable LightDM at startup. 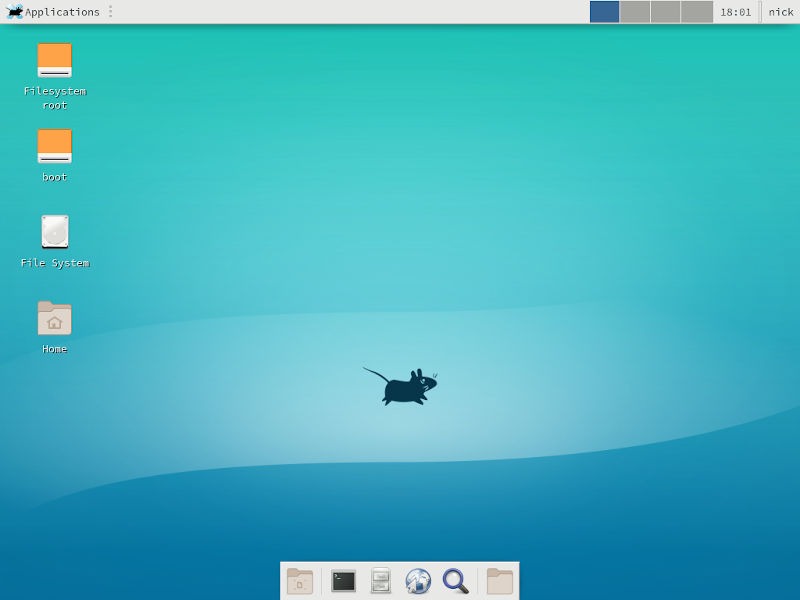 Once that’s done, you can restart your computer. The LightDM login window should be the first thing that you see. Sign in to your user account, and you’ll arrive on your new XFCE desktop. Arch won’t change settings or configurations on you, so this setup will remain in place until you change something. Don’t forget to check out some of the best XFCE themes you can install on your computer.