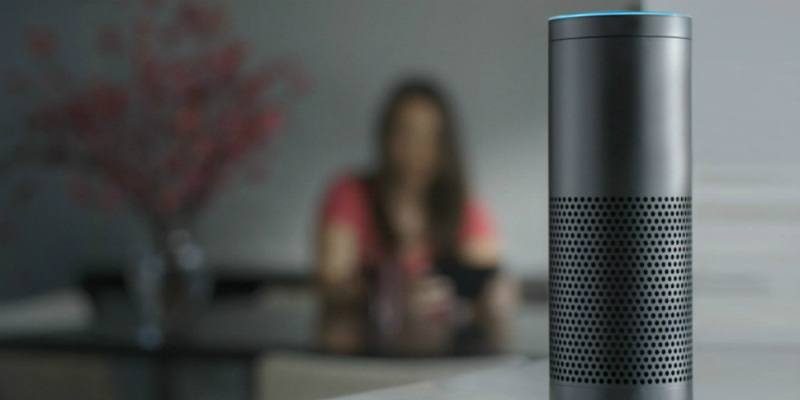 Amazon’s Alexa has a lot of tricks up her virtual sleeve. From helping you organize a to-do list to hailing you a ride to the airport, Alexa is a capable virtual assistant. However, this space is becoming more and more crowded. It seems like every tech company is rolling out their own little helper bots.

Some may argue that this is the humble beginning of a Matrix-like robot insurrection against humanity. In reality, this increased competition benefits consumers, as manufacturers are eager to innovate and add more useful features. 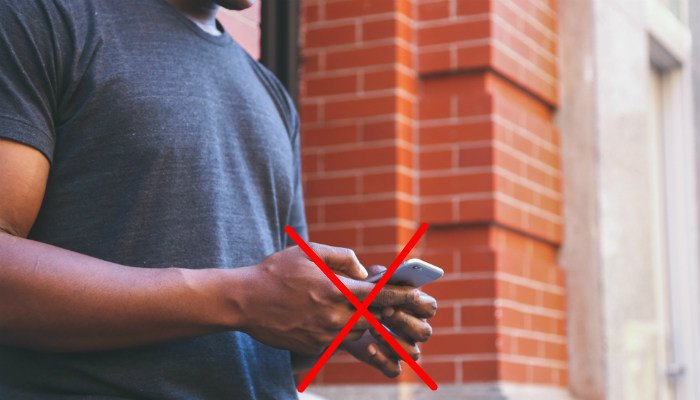 Case in point, Amazon’s Alexa can now send text (SMS) messages. Simply dictate your message and tell Alexa who to send it to, and you have hands-free text messaging. For those of us who thought T9 predictive texting was the pinnacle of cell phone technology, boy were we wrong.

At this stage the ability to send a text message using only your voice is limited to Android users. Unfortunately, Amazon has said that there are currently no plans to roll out this feature for iOS users. Luckily, there is a third-party skill that will allow iOS users to send text messages and more via their Alexa-enabled device.

This guide will walk through how to send SMS via Alexa for both Android and iOS devices.

Related: Amazon Echo vs. Google Home: Which One Should You Buy?

Send SMS via Alexa on Android

Enabling the text messaging feature on your Android device is simple. Before you begin, make sure that your Alexa app is updated to the latest version. To do so, open the Play Store and search for the Alexa app. If it can be updated, there will be a button labeled “Update.” Just tap on it to update the app. Once the update process has completed, open the Alexa app on your Android phone. Tap the Conversations tab. This will open a pop-up that details the new text messaging feature. From here, tap “Go to My Profile.”

Note: if you do not see the pop-up, tap the “Contacts” icon (the one that looks like the outline of a person) and select “My Profile.” 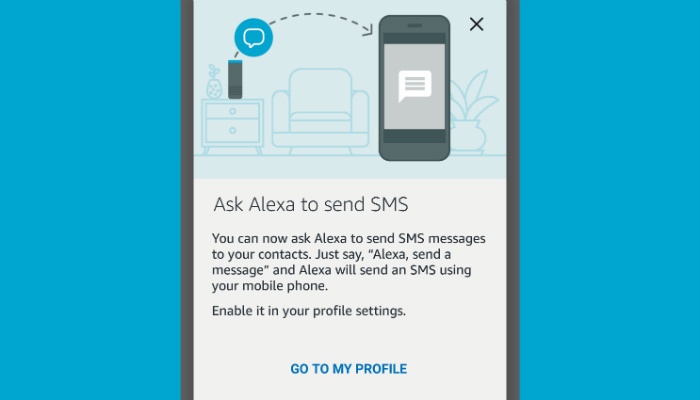 Once you’re in your profile, scroll down until you see “Permissions.” Underneath that you will see a toggle labeled “Send SMS.” Tap on the toggle to enable it and hit “OK” to continue. At this point you should see a pop-up asking for your permission to allow Alexa to send and view SMS messages. Hit “Allow,” and you’re ready to go. 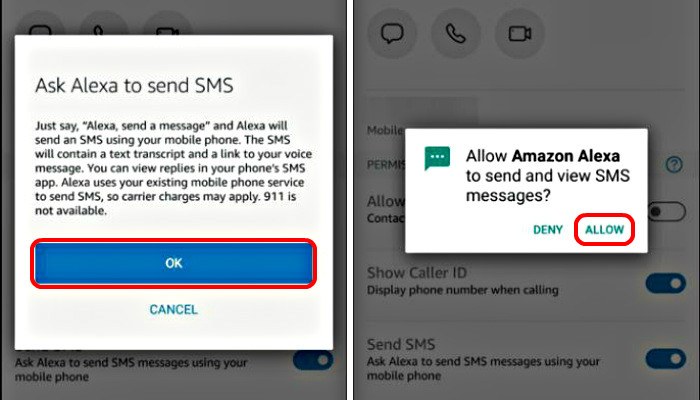 With this feature enabled, you will be able to send text messages to most US numbers, regardless of whether the recipient is using an Android or iOS device. Unfortunately, there are some minor limitations to this feature. You cannot send group texts or multimedia messages (MMS). Keep your fingers crossed meme lovers.

Send SMS via Alexa on iOS

It may come as a shock to some, but there is no native support for hands-free texting for Apple’s iOS at this stage. With no official solution from Amazon in sight, iOS users will have to settle for third-party developers. Luckily, there is a third-party Alexa skill called Mastermind that offers hands-free texting for iOS users. In addition, Mastermind has a slew of other useful features that both iOS and Android users can take advantage of. 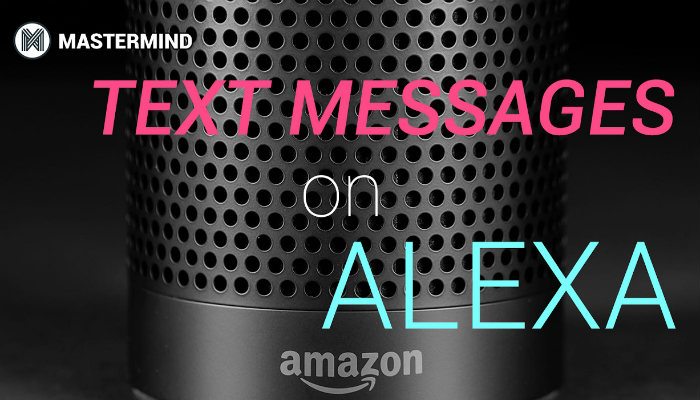 Mastermind is a third-party skill available for Alexa-enabled devices that allows iOS and Android users to send hands-free text messages, make calls, read and manage app notifications, launch apps, toggle Wi-Fi and Bluetooth off and on, and much more. Once you’ve enabled Mastermind, you’ll be able to issue the following popular commands: 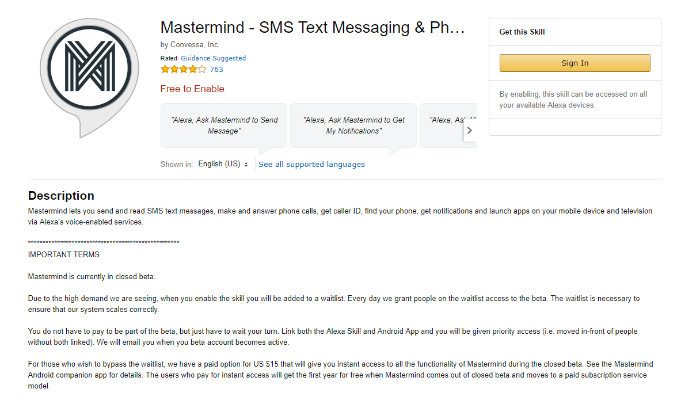 As we mentioned earlier, Mastermind is capable of doing a lot more. Be sure to check the full command list if you’re on the fence about enabling the skill for your Alexa-enabled device.

While Mastermind is free to enable on your Alexa-enabled devices, it is currently in a closed beta. This means that you’ll be added to a waiting list before you can actually use it. However, you can open your wallet to the tune of $15 in order to jump the queue. The developers claim that they grant access to the beta every day, but there is high demand, meaning you might be waiting for a while.

Have you tried sending text messages via Alexa? Have you enabled the Mastermind skill? If so, what has your experience been like? Let us know in the comments!

What Are USB LED Lights and What Are Their Uses?
What Is the Microsoft Surface Neo?
How to Locate a Lost Apple Watch Using Find My App
Pros and Cons of Active Noise-Cancelling Headphones
DragonTouch Classic 10 Wi-Fi Picture Frame: A Stylish Way to Modernise Your Photos + Giveaway
How to Get Google Play Movies, Music and Photos on Roku
Z-Edge T4 Dash Cam Review – Keep an Eye on Your Car
How to Set Up a Home Theater System with Amazon Echo and Fire TV