Most modern Android phones have ambient light sensors that can gauge the environment you’re in and adjust the screen brightness accordingly. Yet even with this feature, Android still doesn’t provide more than basic control over brightness settings, and at night, the dimmest option is often still enough to fill up a corner of a room. It can really put a strain on eyes and put people off reading in the dark.

Fortunately, there are many Android apps suited for this situation. Here are four screen dimming Android apps that offer tighter control over your screen brightness and enable your device to dim its display past the lowest default settings. 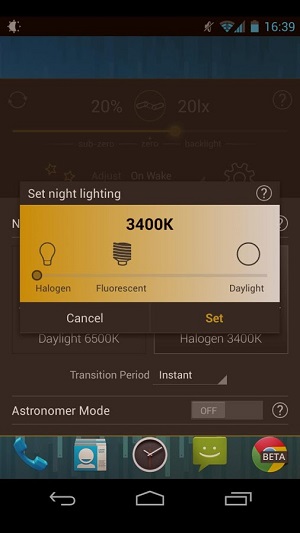 Lux has been around for a while now, and as a result, it has picked up a fair degree of features. The app provides you with strong controls over how bright the screen is at all times, letting you tweak precisely how the screen should look under which circumstances. In addition to great manual and automatic adjustment options, the app can change the hue of the screen so that your phone projects red light instead of blue, putting less strain on your eyes at night. There’s a free version, but you need to go pro for $3.80 to take advantage of the full set of features. 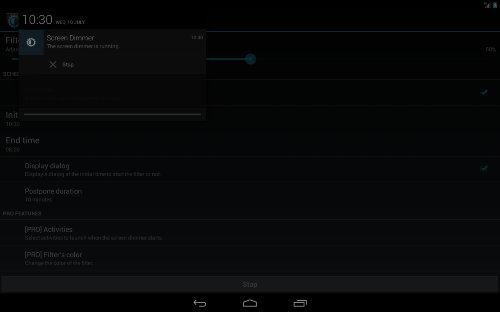 What’s in a name? In this case, everything you need to know. Screen Dimmer offers much of the functionality found in Lux, only it’s packaged in a more holo-compliant shell. The app supports scheduling and also can change the color of the screen depending on the time of day, suggesting red or brown at night. To get all of the features, you will need to go pro via an in-app purchase.

Unfortunately there’s a bug where the screen doesn’t dim the area around on-screen navigation buttons such as those on Nexus devices. It’s an unfortunate issue which effectively limits Screen Dimmer’s use to devices with physical buttons. 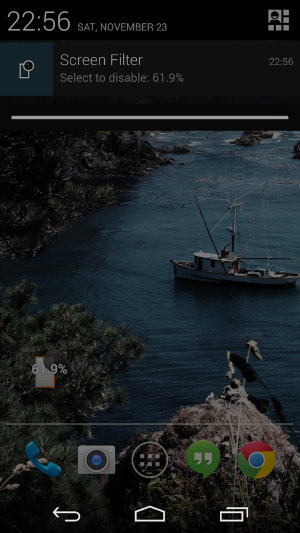 If you don’t want or need a bunch of fancy schmancy features, then Screen Filter may just be the option for you. This app doesn’t support automatic dimming or changing screen hue. It simply lets you change brightness to levels below those offered out of the box. The slider is tucked away in the notification area where it’s always just a tap away. There’s also the option to turn to a widget instead. And unlike the previous two apps, it’s completely free to use. 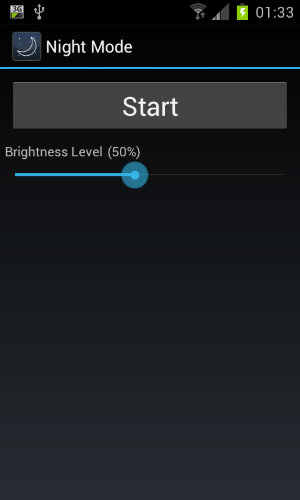 As the name would suggest, Night Mode‘s goal is to improve your smartphone usage at night. Just like Screen Filter, it prioritizes simplicity and doesn’t come with extra features tailored to automatic adjustments. It actually comes with even fewer features, as it lacks a widget, and it happens to be ad-supported. Still, if Screen Filter doesn’t work for whatever reason, it helps to have an alternative to try out instead.

There you have it! These four apps should help you get better use out of your smartphone at night, reducing the strain it puts on your eyes. The first two apps on this list go further by improving the way phones respond to ambient light, which they don’t always do a good job of out of the box.

If there are other screen dimming apps you would personally like to recommend, don’t hesitate to share them with us below.