Five years ago, after much anticipation, Windows 8 was released. Reactions were mixed on the drastically overhauled look and feel of Windows. Regardless of your personal opinions, everyone can agree that the new OS dominated Microsoft-related talk for years to come. Windows 8 stole so much of the spotlight, that other features cooked up during that time were pushed to the wayside. One of those developments was something called Windows to Go (WTG). 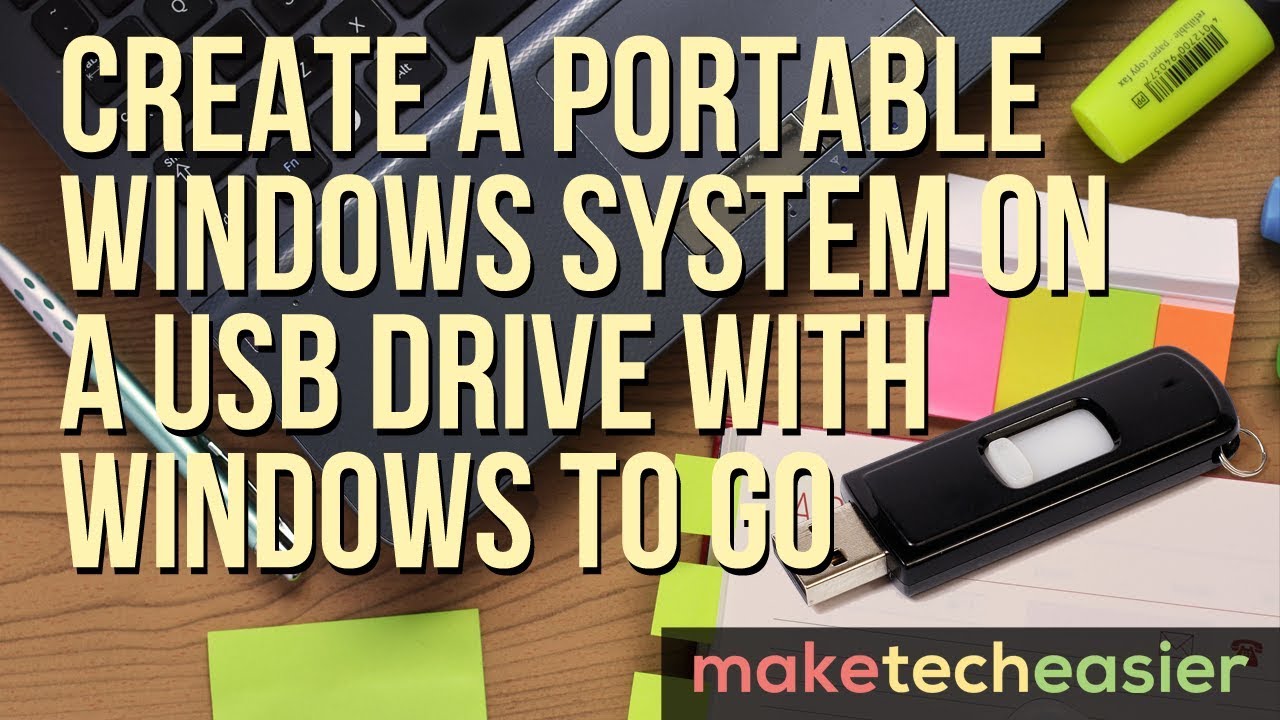 What Is Windows To Go?

Windows To Go allows you to install a fully-functional Windows 10/8.1/8 operating system onto an external hard drive or a USB flash drive. This makes your USB a portable Windows environment, similar to a Linux distro that is designed to run from a USB. With Windows To Go you can carry the live Windows system anywhere and use it on any computer.

This feature is targeted primarily towards enterprise customers with the idea that the corporate environment could be taken anywhere. WTG provides a secured environment complete with software when an employee is working remotely or from a shared computer. Since Windows To Go was developed with this very specific use in mind, Microsoft doesn’t officially support using non-enterprise versions of Windows in a WTG environment. That being said, just because something isn’t supported doesn’t mean it’s not possible.

There are various ways to install Windows To Go using any version of Windows 8.x and 10 and any bootable USB device. Just be aware that there are reported restrictions with these non-official builds. Some of these restrictions include the unavailability of Bitlocker protection, no access to the Windows Store, and the inability to boot on both BIOS and UEFI machines.

Differences Between Windows to Go and Normal Windows Installations

Windows to Go is designed to operate just like any other version of Windows. That being said, Microsoft has disabled a number of features including:

Furthermore, Windows to Go drives can be booted on multiple computers. So when a WTG drive is first booted, it will detect all hardware on the host computer. It will then install any needed drivers which may require multiple reboots. Subsequently, when the Windows to Go USB is booted on that host computer, it will be able to identify that PC and load the correct drivers automatically.

Generally speaking, Windows to Go will work on hardware that has been certified for use with Windows 7 or later. If you want to make sure before you start, here’s what you want to consider before running Windows to Go on a PC.

In theory, any USB 2.0 or 3.0 drive with 16GB of storage space will work with Windows to Go. That being said, users will want to stick with USB 3.0 drives to ensure speedy performance. In addition, you will want to spring for at least 32GB, as it will give you room for file storage. Lastly, avoid cheap USB drives due to the high number of read/write cycles during normal Windows operation. Microsoft has identified some USB drives that are WTG “certified” in case you were curious.

How to Prepare Windows to Go

Alternatively, you can use one of the tools mentioned below.

AOMEI Partition Assistant – this free disk management utility also includes a tool called “Windows to Go Creator.” It is compatible with Windows 8.x – 10. Just follow the prompts, and you’ll be ready to roll.

WinToUSB – another free utility that features a simple GUI. WinToUSB can create a Windows to Go environment from any Windows 8.x – 10 iso. In addition, WinToUSB can clone your computer’s existing Windows installation for the WTG drive.

Do you run Windows to Go? How did you image your Windows to Go USB drive? Did you use any of the utilities mentioned above? Let us know in the comments!

How to Fix an Unformattable and Unusable USB Drive in Windows