The iPod Mini was a groundbreaking Apple product, but it relied on a tiny Compact Flash-sized hard drive called a MicroDrive for its 4Gb storage. Many of these units are now very cheap to buy as spares and repairs, but you can you turn them into a new upgraded 64Gb iPod, with a little time and tech knowledge.

Although the iPod Mini was revolutionary in many ways, within a year the Mini was replaced by the solid state iPod Nano. The Mini was a good little iPod, but it was not their favorite son. It had a tiny hard drive in it, and these were prone to head crashes and drive errors.

In this article, we’ll discuss how to get into the iPod Mini, replace damaged or tired batteries with better ones and replace the old hard drive with solid state memory with the bonus of increased capacity.

You will need two tools: a spudger (a specialized plastic tool for opening Apple products without scratching the hell out of the lovely finish) and a small crosspoint or Philips screwdriver. 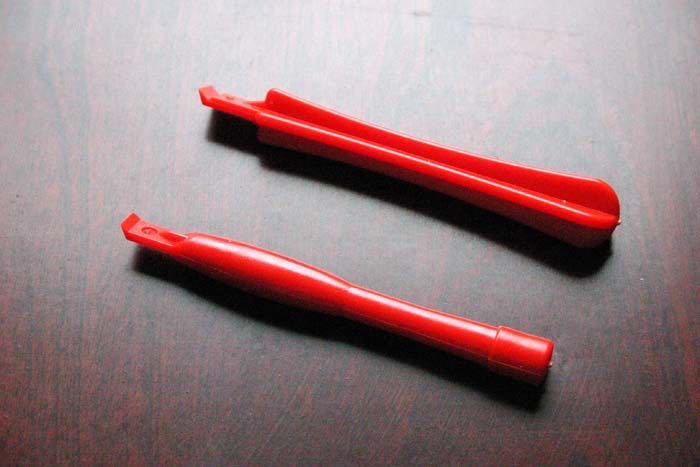 You can find both these tools in the “mobile phone repair kits” which you can pick up for a few bucks at hardware stores.

The batteries in the Mini commonly lost charge over time, and in any case were only 600mAh, so you should buy a replacement like this one.

You will also need a CF card to replace the existing Microdrive – any capacity will do, after all anything above the original capacity of 4Gb is a bonus. 64Gb cards can cost around $50, but get the biggest your budget will allow.

If you can’t find a CF card cheap enough, and you already have a high capacity SD card, you can instead opt for an adapter to convert the SD to a CF.

First switch the iPod to HOLD and wait till the screen blanks.

Opening the iPod Mini is easier than sothing like the Classic, but is still a bit of a fight. You have to pry the top and bottom covers off with the spudger (or even two) and these covers are very tight-fitting and glued down with rubber cement. You have to provide considerable force to do this, but do so slowly and carefully so as not to break the covers. It’s a delicate balancing act. 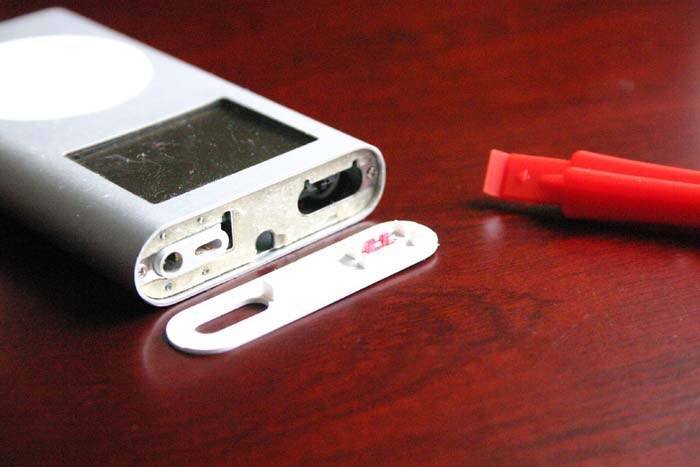 Remove the sprung metal plate from the underside. It is fitted by four sprung clips at each corner. 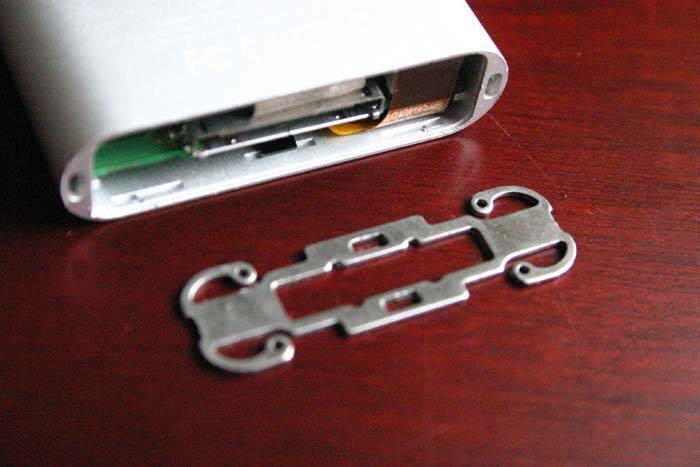 Then gently tease out the connector for the clickwheel using the spudger. 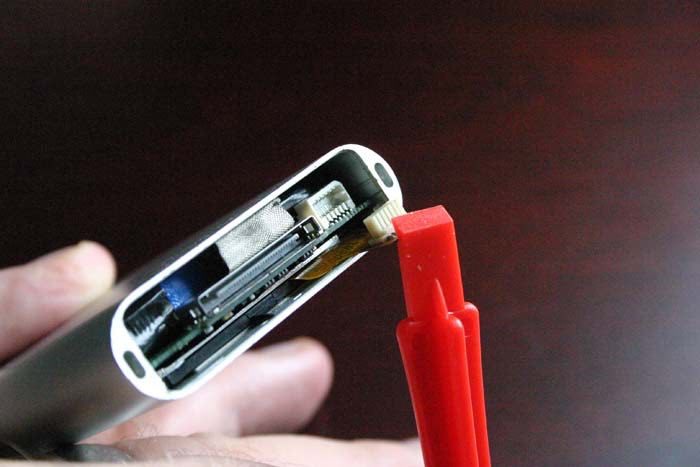 Next press down with your thumbs on the click wheel and slide it out. If it’s hard to get out, leave this step till after the logic board comes out; it’ll be easier and safer. 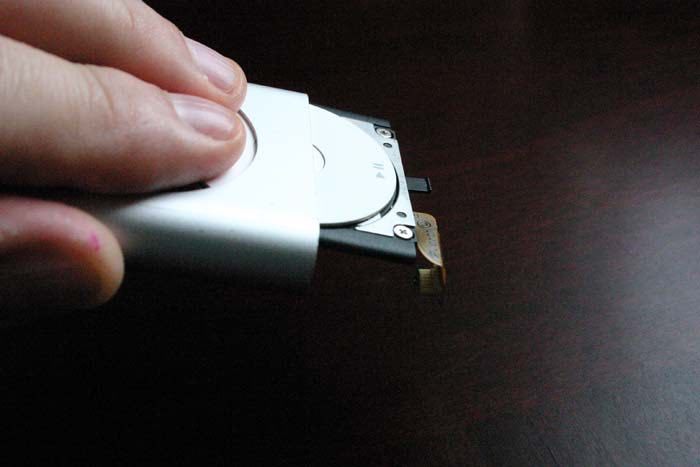 Now remove the two tiny crosspoint screws at either end of the top. 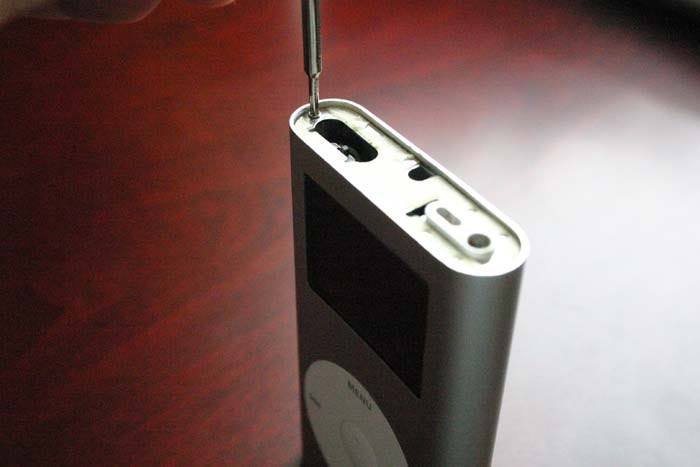 You can now carefully slide the logic board up out of the aluminium case of the iPod. 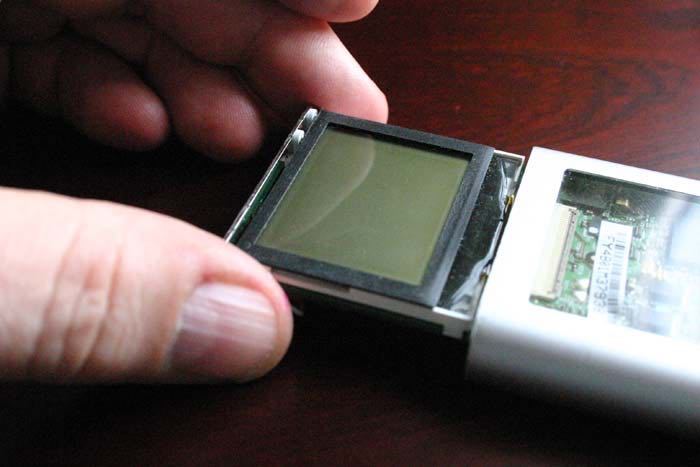 The battery is connected by a small white plastic connector. Ease this out of the socket with the spudger. It may be stuck to the logic board with a tiny sticky pad. Gently remove this and put the old battery aside. 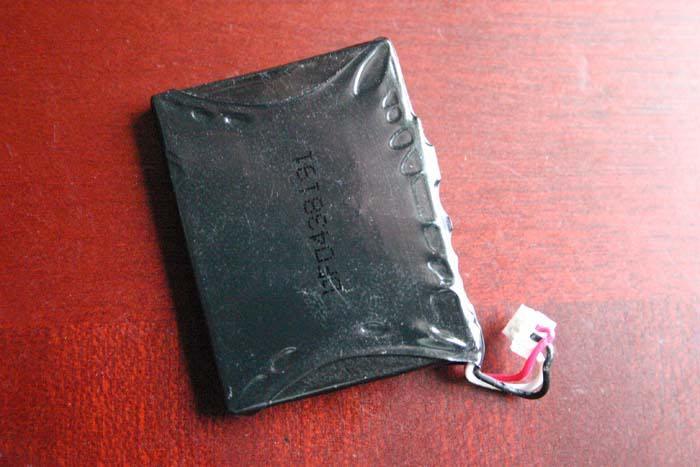 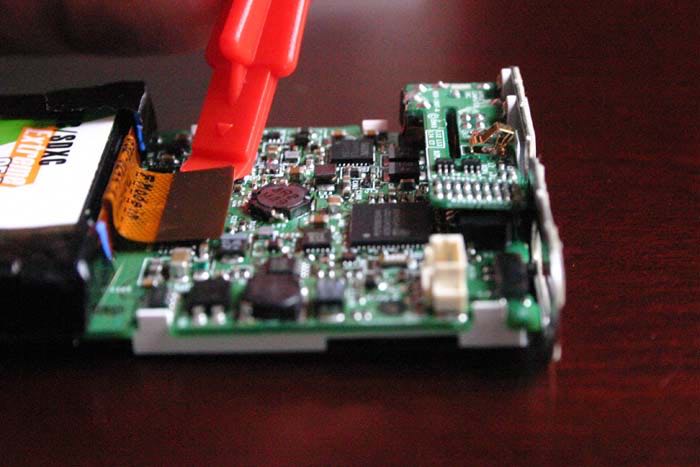 The drive itself is covered in protective tape and silicone rubber shock absorbers. Gently remove the tape and the absorbers. Make a note of which bumper goes where because you will be putting it back on the new memory. 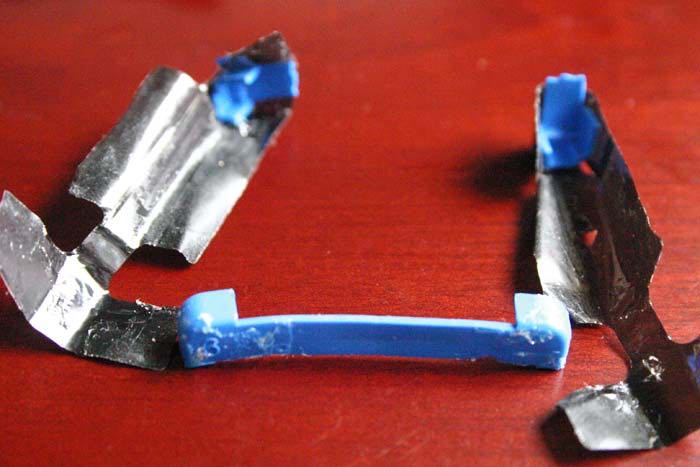 The cable plugged into the top of the drive must be eased out on all sides before being worked free, removing the pins from the drive. 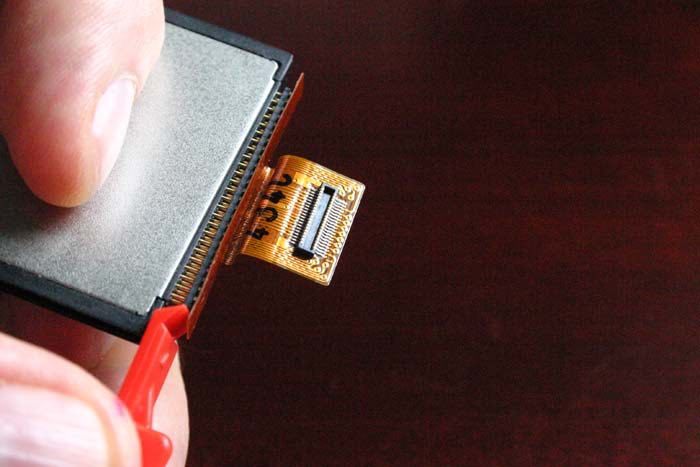 Now we are ready to put the new memory in the iPod. Take a new CF card of pretty much any capacity, 64Gb would be a good size, and make it comparable to high end iPods.

To put it back together, you basically do the whole thing in reverse: Carefully insert the cable into the top of the new CF card. Wrap the CF card back into the tape and the shock absorbers. Press the drive cable connector firmly back into the logic board. Attach the new battery by pushing the plug into the socket. Train the wires around tightly so they don’t foul the case when you slide it back in. Be careful you don’t sever the wires as they are very delicate, especially on the cheaper replacement batteries.

The next two steps are quite tricky.

Slide the logic board slowly back into its slot in the case, taking care to push the battery wires into place. When it’s correctly seated, screw the two tiny screws back into either side of the top.

Push down on the click wheel and slide it back into its slot until it pops back up into its hole. Be careful not to shave the edges of the wheel on the sharp sides of the case as shavings of plastic can gum up the click wheel. Remove any that are shaved off. If the logic board gets in the way, pull it carefully out of the path to avoid the click wheel pulling any components off the board. As with every other step of the process, use enough force to get it done but not enough to break anything.

Put back the metal plate underneath by locating it on one side and popping in the latches on the other side.

Put the top and bottom plastic covers back, adding a dab of latex glue so they stay down but are not impossible to remove should you need to go inside again.

Attach a sync cable, and in iTunes select “Restore iPod” to format the drive and return the device to its factory settings.

If you have had any experiences good or bad with refurbishing old iPods, let us know in the comments below.