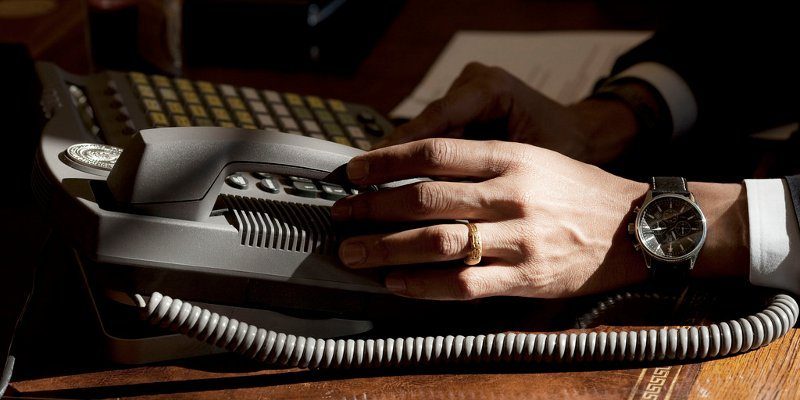 We’ve all had good (and not-so-good) reasons to record phone calls in the past. Maybe your energy provider overcharged you, is dragging its feet about a refund, and you want to gather evidence for a case against them, or perhaps you’re interviewing somebody and want a quick-and-easy way to capture the chat.

Android caters to all your recording needs, but – as you can imagine – there are legal implications to consider when you do this. Here I’ll not only recommend a couple of my favorite call-recording apps but will also inform you of what you need to know on the legal front when doing so.

ACR is an excellent free call recording app that you can set to automatically record every call you make. It records calls in the AMR format, which is a bit on the fuzzy side but still captures conversations in a legible enough way.

Quite a lot of the features are locked off from the free version, though if you want to dish out $2.99/£2.49, you’ll get the option to save in different audio formats as well as the ability to receive a prompt before each call you make asking if you want to record it, among other things. 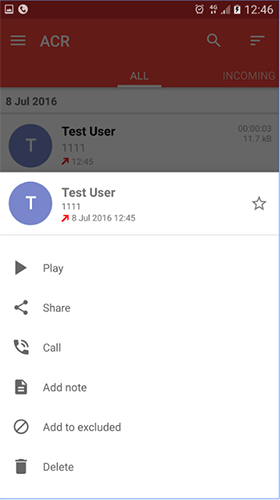 My personal favorite, Automatic Call Recorder, has pretty much the same features as ACR, though it lets you save in different audio formats without having to pay for the “Pro” version. It also doesn’t have a permanent icon in the notification menu letting you know that it’s on standby to record your calls, which I like as I’m something of a neat freak in that area.

In addition, you can sync it with your Dropbox or Google Drive account so your recordings automatically get backed up to the Cloud – useful stuff! 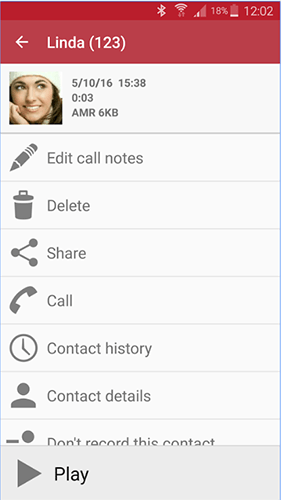 And now for the fun bit. Is recording calls legal? On a scale of Bonnie & Clyde to Ned Flanders, just how legal is it? And should you do it?

This varies from country to country and state to state. While my editorial guidelines won’t allow me to research and write up the laws on a country-by-country basis (much as though I’d love to – honest), I can run through the basics of the legality of call recording in the US and UK.

In the US it’s okay to record phone calls in most states so long as one party consents (and yes, that party can be the person recording). This list, based on this one from the Digital Media Law Project, shows which states require both parties to consent:

The catch is that even if only the person you’re recording is based in one of the above states, you’re likely to be subject to their laws, so it’s worth knowing their location before you go ahead and start recording.

With that said, there are plenty of stories of customers recording their calls to companies, then playing those recordings back to the company to strengthen their case in a dispute, such as with this example.

Based on information taken from the OFCOM website, it’s perfectly legal for you to record phone calls so long as they’re for your own use and you don’t hand them over to a third party.

So what if you want to use said recordings in court or with the ombudsman? Can you secretly record conversations if it’s for the purposes of resolving a dispute with a company? While it’s not a criminal offence to do this, it falls under civil law and could lead to a claim against you.

However, if you’re secretly recording a chat with a company who’s been giving you bad service and want to pass the information onto OFCOM or to a small claims court, then a judge may accept it as evidence if it’s deemed relevant enough. Journalists can secretly record calls if it’s “in the public interest,” and you could argue that you doing so to expose poor customer service is also in the public interest.

In other words, it could and logically should work in your favor, but as you’re technically entering tenuous legal territory, there’s always a slight risk that you could be infringing on the recordee’s rights (though this is likely to apply more to individuals than big companies).

The laws surrounding call recording don’t take too much consideration of the increasingly common situation of customers taking up disputes against companies. But in today’s interconnected world, a company’s image counts for a lot, and when beleaguered customers have made their disputes public by uploading call recordings online, the companies tend to take the PR-friendly apologetic approach instead of smacking the customer with a lawsuit.

So in short, if you feel your consumer rights are being infringed upon, call recordings can be a handy weapon, despite the legal questions surrounding them.