Most people know what random access memory (RAM) is, but when asked about the technical detail, most of them are not sure, or have no idea about it. In this segment, we’ll clear up some common questions regarding RAM that generally don’t have clear answers.

1: Why Does RAM Erase Itself Every Time I Shut Down My Computer?

RAM is a form of volatile memory that gets erased once it’s no longer receiving electrical power. There are several benefits to this:

1. It is faster to write data onto a blank slot than to delete data from a filled slot and refill it up with another set of data. Since the data it loads to the RAM is different for each session, it is pointless to store those data permanently in the RAM only to delete them on the next boot up.

2. RAM has a much high frequency than hard disk, which makes it ideal to store temporary files so the CPU can process them faster without having to wait for the slow hard disk. With an initial empty state, the system will be able to load as many temporary files as possible onto the RAM without slowing down the whole loading process. 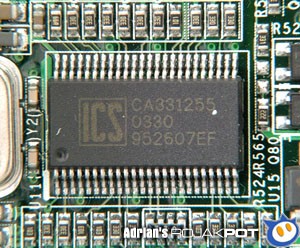 Yes, and no. Are you overclocking your computer? Then it matters a lot. Chances are you wouldn’t be asking this question if you were an experienced overclocker, though. If you’re just using your computer “out of the box,” then RAM speed doesn’t matter as much. The clock speed for RAM depends ultimately on the CPU controller’s clock. This is multiplied accordingly and, ta-da! Your RAM follows suit.

Back in the (terrible) days of SDRAM, speed really mattered. It was the difference between getting a program to open in 20 seconds or 10. But the whole CPU controller clock thing still applied, and you needed new hardware to take advantage of the top speeds. In today’s era, speeds don’t really jump as much as new RAM is released, so you’re in the clear as long as you’re not going to torture your computer by overclocking it.

3: Why Does Getting More RAM Make My System Run Faster?

As mentioned earlier, the RAM is the buffer for the hard disk as it stores temporary files for the CPU to process. If you only have a small amount of RAM, once it is full, the computer starts spilling its contents onto the hard drive (in a special location known as the page file/virtual memory/swap), which is a much slower piece of hardware. Once virtual memory fills up, your computer slows to a crawl. Your mouse might even fail to move or your clicks will receive no response.

When you increase the amount of RAM in your system, you are increasing the buffer for your hard disk so your content won’t be spilled onto the virtual memory.

4: What Makes Some RAM Better Than Others, If Clock Speed Doesn’t Matter Much?

Capacity, material quality, quality control, etc. There’s still a lot more to RAM than just clock speed. It’s like asking what makes one brand of window better than the other. If you’re going to buy RAM, get it from a company that will stake its entire reputation on one stick you buy. In other words, make sure the company is performing quality control and testing every stick they can. Durable materials are better for overclocking and other forms of abuse. If you’re going for a good stick, just get one that has a good warranty and doesn’t cost too much.

Break open an old chip and look at the interior. It looks a lot like glass, doesn’t it? 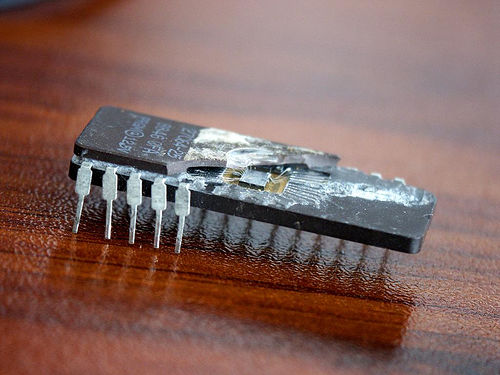 RAM is made, like many other chips, from silicon. The process of melting sand into silicon, coating it, and pressing it into a particular shape differs with each company. Not all companies make their own chips. Some of them buy these chips from others, which makes the purchasing decision more difficult. To get a durable chip, you’ll have to rely on a trusted brand. Reading reviews helps, but you’ll never really know what kind of process the company is using.

There are so many questions you may still have about RAM, it’s impossible to cover them all. As long as you’re curious, why don’t you leave a comment with your unanswered question? We answer quite quickly around here!