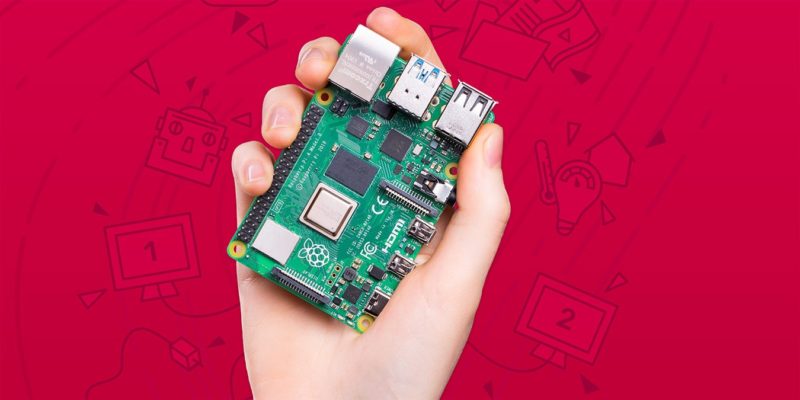 With its combination of a low cost of entry and relative ease of use, the Raspberry Pi quickly became one of the go-to single board computers for hobbyists after its initial release. Among the only things that kept it from enjoying even wider use were the modest hardware specifications.

That has changed with the release of the Raspberry Pi 4. This latest model is the most powerful iteration of the hardware yet, opening up entirely new categories of what you can do with the app.

You could always technically run the Raspberry Pi as a desktop computer, but older iterations were fairly underpowered. With the Raspberry Pi 4, not only is the hardware faster in general, but you get a pair of micro HDMI ports capable of running two 4K displays.

Max out the RAM to 4GB, run a pair of monitors, and hook up an external drive or two, and you have yourself a fairly capable computer. You’re not going to run complex 3D-modeling software, at least at super-fast speeds, but it’s certainly enough to tackle normal computing tasks.

While streaming players like the Amazon Fire TV and Roku are getting better all the time, you might be better off with one you build yourself. The updated hardware and 4K display makes the new Pi perfectly suited to building a 4K streaming box.

Install the Linux distribution of your choice and add OSMC (Open Source Media Center) and you’re good to go.

Older versions of the Raspberry Pi were able to play gaming classics with the help of the RetroPie project. You can still play all those old games, but with the updated hardware specs, you’re able to use even more hardware-intensive emulators to play your old games.

People have yet to find the limits of the Pi 4, but you can get started by opting to install emulators yourself instead of using RetroPie. You may be surprised at just how many old games you’re able to run on the new hardware.

Related: 5 Coolest DIY RetroPie Projects You Can Build on Your Own

Why bother changing CDs on your home stereo, or even worse, plugging in your phone? If you have a digital music collection, all you’ll need is the Raspberry Pi and a USB DAC (digital-to-analog) converter, and you have a high-resolution player to power your hi-fi system.

This has been possible with prior Raspberry Pi versions, but with the newest hardware, software should have an easier time decoding high bit rate files.

Valve may have discontinued its standalone Steam Link device, but that doesn’t mean you’re out of luck when it comes to playing PC games on your TV. Why move your PC into the living room when you get those games on your TV with the Pi 4 and some software.

All you need to do is install the Steam Link app from the Valve website. The Raspberry Pi team even tried it out themselves and were pleased with the results.

Of course, the above five ideas are just a few of the many options. If you’ve thought of using the Raspberry Pi for a project before but didn’t deem it powerful enough, you might want to try again. The tiny computer has always been mighty, and now it’s even more so.