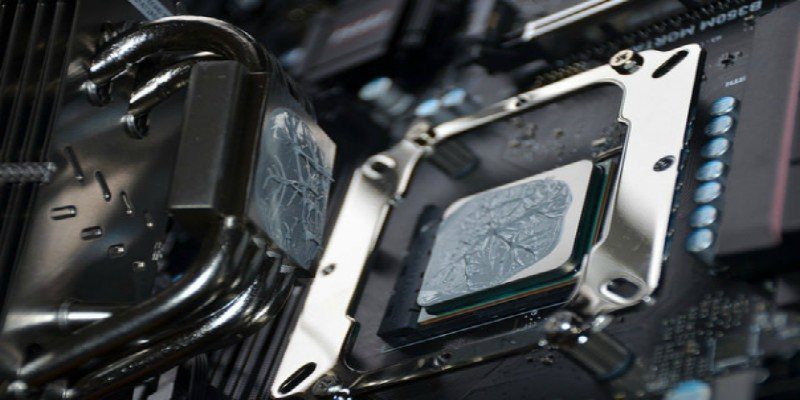 Is your CPU overheating or throttling? Although there are many causes for this, applying a fresh coat of thermal paste could be a quick fix to this type of problem.

While it’s usually a common aspect of computer hardware to overlook, thermal paste is crucial to a CPU’s longevity and will keep your computer running for years to come.

Here’s a further look at the importance of thermal paste and how to properly apply it to your CPU.

What Is Thermal Paste?

Also known as thermal grease, thermal paste acts as a medium between a CPU processor and the heat sink. 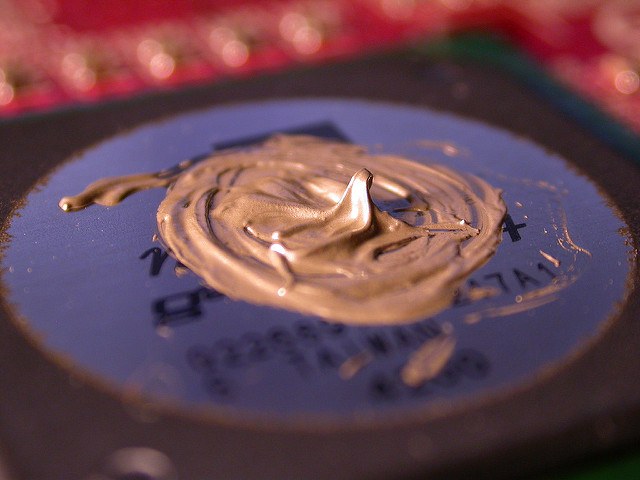 Much like a disc, a heat sink has many holes/gaps on its seemingly smooth metal surface. These gaps need to be filled in so that heat can be transferred efficiently between the processor and the heat sink. Thermal paste is used to fill in these types of gaps.

Without this type of thermal conductivity, your CPU might run at an increased temperature which may cause throttling over time. (Throttling is basically when a CPU forces itself to slow down and eventually shut down when it starts to get too hot.)

Too much throttle over time will not only ensure a drop in your computer’s performance, but the CPU may eventually overheat and become susceptible to some serious damage.

In the long run investing $10 (or less) in thermal paste could very well save you hundreds in a CPU replacement.

Thermal Paste can be divided into two categories: conductive and non-conductive.

Conductive pastes transfer electricity and conduct heat more efficiently. However, since these pastes have a higher watts to meter ratio, they must be handled delicately near a circuit board to avoid discharge.

A higher thermal conductivity rate ensures better CPU performance through overclocking, and the Thermal Grizzly Conductonaut is an optimal choice for this (just don’t use it on aluminium surfaces).

Non-conductive pastes are more universally used due to their lower thermal conductivity rate which minimizes the chances of electrical shortages if mishandled. 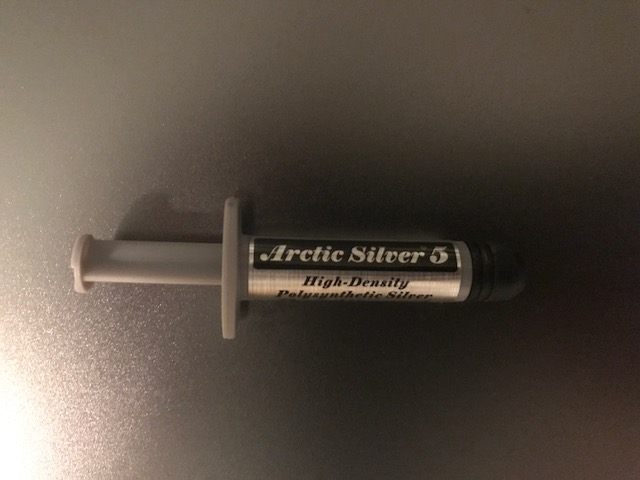 How to Properly Apply Thermal Paste

There are technically many ways to apply thermal paste, but most of these techniques usually involve applying too much. This causes an overly thick layer of paste, which will not only transfer heat inefficiently, but may also spill over to the circuit board. Even if the paste is non-conductive, you don’t want excess to spill over and potentially damage any parts.

1. Power off the computer and disconnect all cords.

2. Locate the heat sink and gently remove it from the processor. 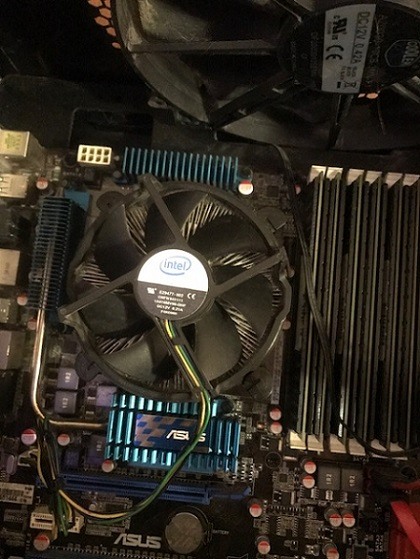 3. Wipe off any excess paste using tissue or a Q-tip. Stubborn paste can be removed with specific thermal paste cleaner, or >90% isopropyl alcohol.

4. Gently squeeze a pea-sized amount of paste onto the center of the processor. 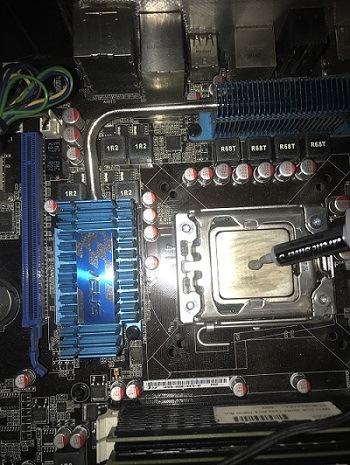 5. Reapply the heat sink, and screw it back in. 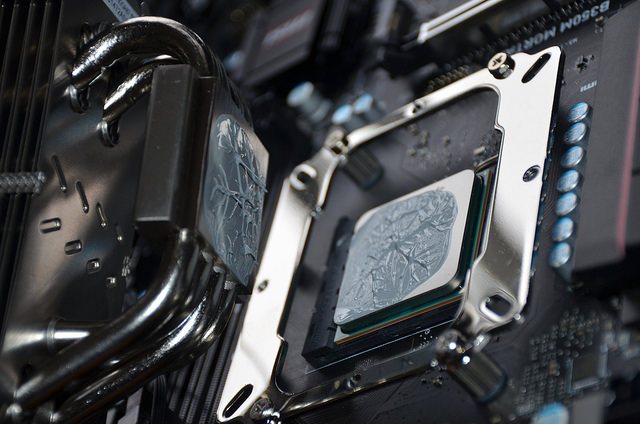 The idea behind using the pea method is to ensure an even, thin coating of paste that will spread outward when you reapply the heat sink.

Other techniques include drawing an X or vertical line, and manually spreading the paste using a credit card or your finger (which is hopefully wrapped in some sort of cling wrap). These can be problematic due to an increased risk of spillage and too thick of an application (which will result in a lack of heat transfer).

After applying the paste using the pea method, keep an eye on your CPU temperature through Speccy. (It’s free to download.) It may spike for a little bit due to a brief break-in period but should gradually decrease over a few hours.

If your CPU temperature has not decreased after a few days, you either:

How Often to Apply Thermal Paste

A good rule of thumb is to keep an eye on your CPU temperature through Speccy. When you notice a decrease in performance coupled with a high CPU temperature, it may be time to apply new thermal paste. Generally speaking, a coat of paste should last you for a few years (less if you’re a hardcore computer gamer or an overclocking fanatic).

How to Choose the Right TV for Your Home Theater Setup
Could Building Your Own Laptop Eventually Be Possible?
How to Set Up a Router
DIY Repair: Mechanical Keyboard Switch Replacement – It’s Easier than You Think
The Detailed Guide to Replacing Faulty Mouse Switches
AMD vs. Intel CPUs: Which Company Is Winning in 2019?
AMD vs Nvidia: Which GPUs Are Best in 2019?
How to Use an AIO Cooler to Supercharge Your Nvidia Graphics Card