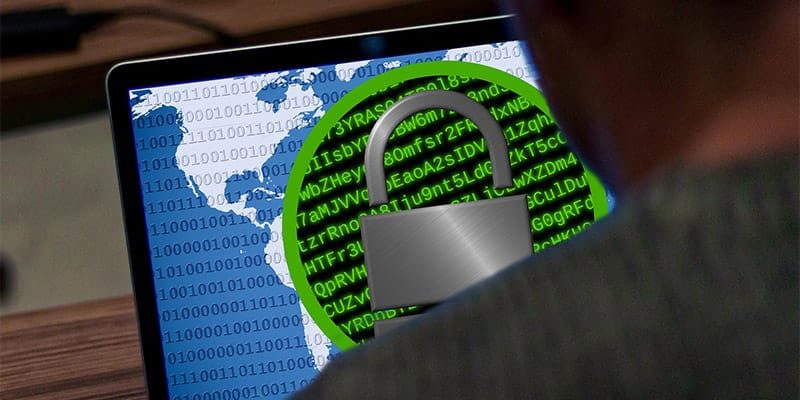 What Free Email Services Do With Your Email

While free email services don’t often “read” your emails, they do spy on your content in a slightly less Orwellian but no less effective way. That’s how apps like Gmail can offer clever integrations like automatically adding flight data to your calendar or providing a tracking link without opening an email from a retailer. So free email services like AOL, Yahoo, and Hotmail can and do scan your emails, whether it’s for advertising or offering neat features. That information is processed by their robots and stored on their servers, accessible to a third-party that you can’t see, control, or limit. If that makes you nervous, then it’s time to jump ship.

Encryption is one feature you’ll want to look for, but it’s not the same as private email. Technically, a cleartext email server with no encryption could be called “private,” provided they protect their users’ privacy and don’t dig into their email messages. But those messages could be easily read by anyone else with access to the files. Encrypted emails, on the other hand, are secure behind a cryptographic lock and key. Modern encryption algorithms used by such sites are immune to modern decrypting strategies.

Signatures are another component of a secure email chain, and that’s not just the sign-off at the bottom of your email. The signature is a cryptographic tag uniquely associated with the sender, confirming that the email was authentically sent by the named sender and that the message wasn’t changed between composition and receipt. Services that send encrypted emails can’t be read by third parties, even if your emails do fall into devious hands.

Why Private Email Services Are Worth Paying For 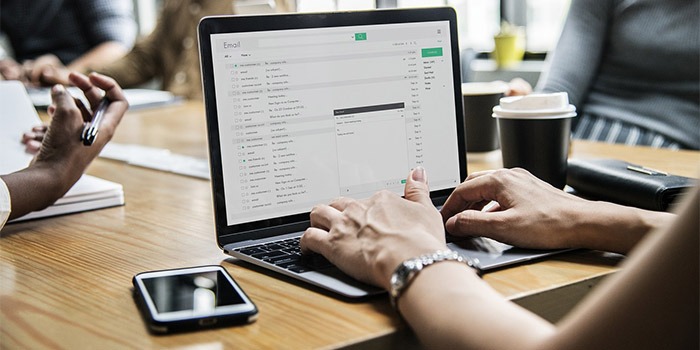 Private email services are worth spending money on because paid services are the most private. With free services, companies are encouraged to make money by selling the users data. In fact, it’s often the only sensible way for such a service to make money. As a result, companies like Google cannot be trusted to keep your best interests at heart because their interest by definition runs counter to your interest in privacy. And as good as their intentions may be, companies will always act in the best interest of themselves and their investors.

When you pay for a service, you remove that incentive. No longer is it important for the company to try and make money with your data. You’re paying them; you’re the one they want to keep happy. As a result, you know that your interests and their interests are aligned. That alignment of commercial interest is essential for a relationship you can believe in over the long term.

Furthermore, private email services are typically situated outside of Five Eyes countries, meaning they’re less vulnerable to snooping by government agencies. Not only are they more private by design, they’re legally less vulnerable to interception than companies located in Australia, Canada, New Zealand, the United Kingdom and the United States.

Self-hosting a server is always the most private option. This way, no service can see your data at all. However, that doesn’t make self-hosting the best option for all privacy-concerned users. Running an email server is a major commitment, requiring consistent uptime and careful monitoring of security patches to avoid losing your data to attackers. There’s a reason that government officials aren’t supposed to run private email servers: it offers another point of vulnerability, and they’re rarely as well-secured as commercial operations. If you’re not certain you’re up to the task of administering your own server, you’ll want to consider a private email service.

Private Emails Services that Are Worth the Money

A good private email service will have strong data privacy policies and a viable business plan. Services that offer free “private” email services can’t be trusted to do the right thing with their unbridled access to your data. Encryption is also a must, since it protects your data from access by anyone, regardless of their intentions. Like with any software purchase, seek out services with good reviews, apps on multiple devices, and a track record of protecting their users whenever possible. We’ve considered all those attributes in selecting the email services listed below. 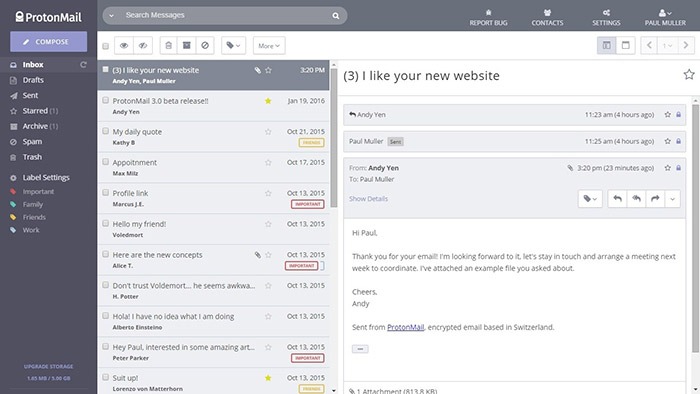 Here are three private email services that are worth trusting.

1. Proton Mail provides secure communications through a web interface and the ProtonMail mobile app. All emails are encrypted using end-to-end encryption, ensuring that any message in your inbox can only be read by you. Only paid users can send encrypted emails to external sources, but every tier locks down all messages on the ProtonMail server, preventing both third- and first-party snooping for any reason. And since those servers are located in Switzerland, the U.S. government cannot compel the service to release information. Swiss companies are not subject to the U.S. justice system in the same way that U.S.-based tech companies are. There’s even a free tier for you to give the service a test drive.

2. HushMail is as close as you can get to encrypted Gmail. The interface for both the mobile and desktop apps are strikingly similar. The service is highly secured, meeting standards like privacy standards for healthcare providers and law enforcement. Hushmail includes email alongside secure web forms, making them a great choice for small business with a single point of contact and a need for collecting and storing data securely. There’s a fourteen-day free trial you can use to get started with the service.

3. CounterMail supports IMAP, so you can use your own email client instead of a web app. But it offers limited storage space and can’t send encrypted emails to non-users. Servers are based in Sweden, putting them outside the reach of Five Eyes law enforcement organizations. But even if they were in their jurisdiction, CounterMail doesn’t even store emails on the server, instead storing them on removable storage.

Back to you, do you think private email services are worth the money?