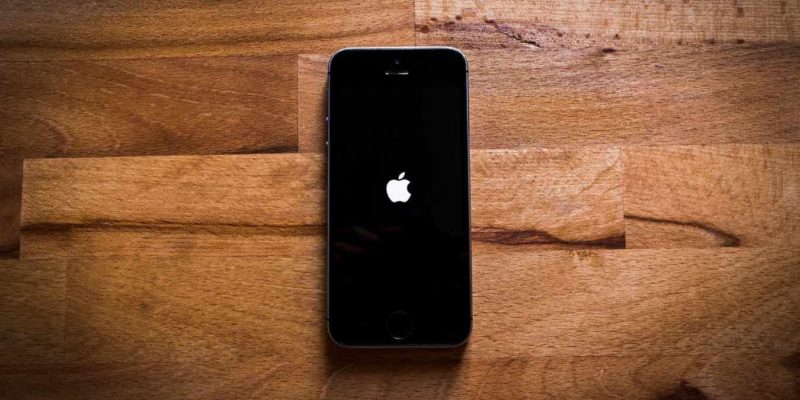 Even as the need to print documents, resumés, directions or pictures grows smaller due to an increasingly digital world, there are still times when only a hard copy will do. Should you ever find the need to print from your iOS device, it’s incredibly easy. Apple’s release of AirPrint in 2010 and its subsequent inclusion in hundreds of printers around the world has made Wi-Fi the new gold standard when it comes to printing. And what happens if you can’t find an AirPrint-enabled printer? Keep reading and find out.

Related: Why Is Printer Ink So Expensive?

The good news is that most modern printers with built-in Wi-Fi generally support AirPrint. Printers can start as low as $30 to $40 on Amazon, and that’s just bare-bones. More expensive printers can range into the hundreds of dollars. The most difficult part of the entire printing process might be choosing the new printer rather than the printing itself. 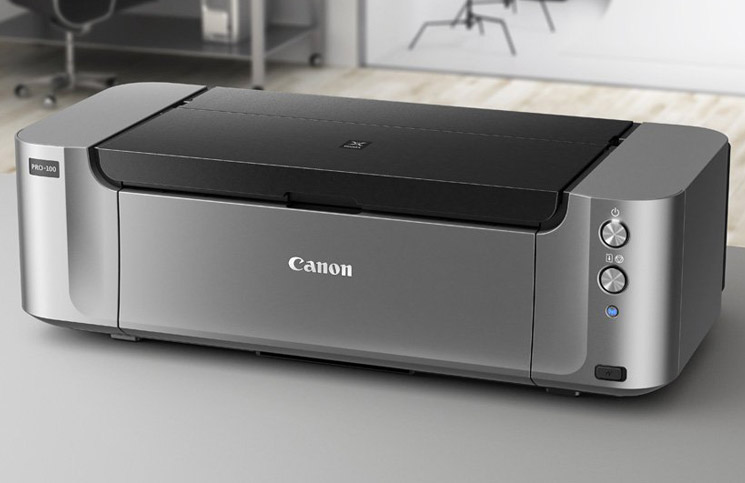 Once you’ve identified the printer, printing from the iPhone or iPad is pretty much the same. The main difference is going to be the location of the “Share” button which looks like a square with an up arrow coming out of the middle. It’s worth noting that this button can switch positions between portrait and landscape mode. Before we go any further, it’s important to check off a few early steps.

This step is perhaps the most critical. To use AirPrint, both the printer and the iPhone or iPad have to be connected to the same wireless network. Setting the printer up on Wi-Fi varies by manufacturer, but setting up Wi-Fi on iOS devices is pretty well-known at this point. Once you’re all connected to the wireless network, now it’s time to select the right printer on your device.

Related: How to Find the IP Address of a Network Printer

Surprisingly, setting up the printer isn’t done anywhere on the backend or through settings but inside any app installed on your iOS device. The easiest method is to go into Safari and bring up a website that you would like to print; even so, you won”t actually be printing. It’s here that you’ll click on the “Share” menu button mentioned earlier.

Scroll until you see the “Print” option on the share sheet. Select it and you’re taken to another screen that allows you to choose the printer, the number of copies and some additional options like color, black and white, single-sided, etc.

If you tap on the “Printer” label and have everything else set up correctly via Wi-Fi, you should see the available printer come right up. Tap on it so it connects to the device, and you’re all set.

Wait, What About Canceling?

If by some chance you’ve accidentally printed the wrong page or are in the middle of printing 20 copies instead of two, canceling a print job is easy. Using the “app switcher” to switch between apps, go back into Print Center and select “Cancel Printing” on the current print job. It’s as simple as that. 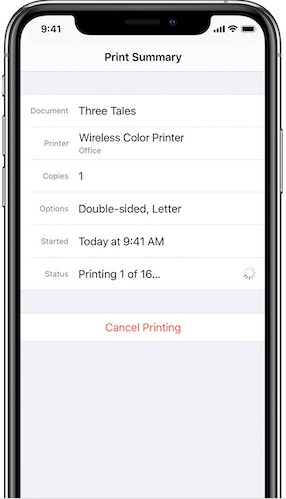 Congratulations, you’ve made your first print via AirPrint, but what happens if you don’t have an AirPrint compatible printer?

The good news for iPhone and iPad owners who don’t have access to AirPrint is that it’s still possible to print your documents, photos, etc. The most effective way to accomplish this is to work with a printer that has an app available in the App Store. Epson, Samsung, Canon, Brother, and Hewlett Packard are some of the best-known companies to support printing from iOS with third-party apps.

Setting up these apps varies between the different downloads, but each app will connect to your Wi-Fi network and its respective printer(s). Once you’ve confirmed the proper connection is established, printing follows a similar path to AirPrint-enabled printing.

1. Determine what you want to print using the iPhone or iPad share button. Again, each device has the share button placed in different parts of the screen, but otherwise, no other changes are recognized between the iPhone and iPad.

2. Select the printer on the same screen you’ll find with the AirPlay printers. Nothing about the actual printing process changes based on the type of printer you’re printing to.

3. Choose the number of copies by tapping on the addition or subtraction arrows.

At the end of the day, few devices make it easier to print than the iPhone or iPad. Apple’s “it just works” marketing message doesn’t always hold true, but in the case of printing via AirPrint, it absolutely does. And even if AirPrint isn’t available, Apple still makes it super easy to sync up and print with third-party apps. It’s a delightful and quick process all around.

How to Set Live Wallpapers on an iPhone
Apple Pay Not Working? Here’s How to Fix It
Syncing macOS and iOS: How Do They Connect?
Last Minute Gift Ideas for iPhone and iPad Users
How to Disable Auto Brightness in iOS
How to Stream Playstation 4 Games to an iOS Device
Supercharging iOS Calling with Google Voice
How to Use and Send Memoji Stickers on Your iOS Device