In an effort to poach new customers away from their existing iPhone and Android handsets, Microsoft has released an ingenious new web-based demo of Windows Phone 7.5 Mango which is accessible via the iPhone’s Safari web browser. While it cannot be considered a fully-fledged application or virtualization by any means, Microsoft’s demo does nonetheless offer users something of the general user experience of Windows Phone 7 to iPhone users.

Read on after the break to find out more about this iPhone-friendly demo of Windows Phone 7.5 Mango. 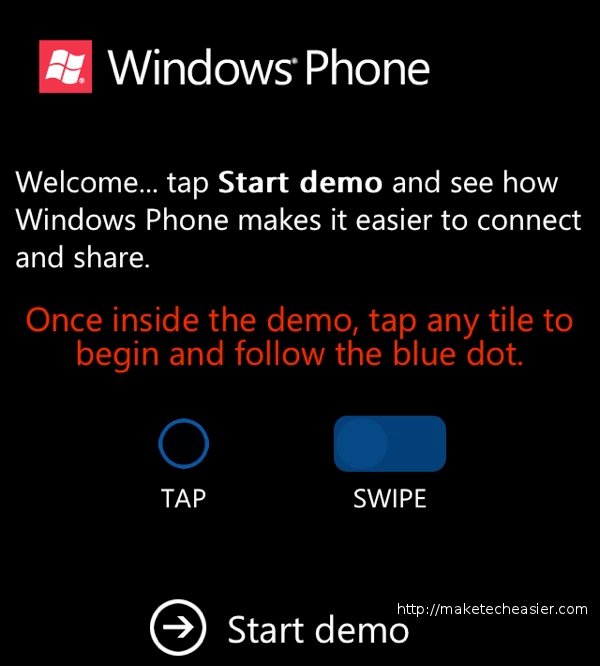 To get started with the Windows Phone 7.5 Mango interactive web demo, navigate to http://aka.ms/wpdemo on your iPhone’s Safari Browser. This will bring up the above help screen, which details how to navigate within the demo’s UI. Sliding left or right moves between screens, whereas moving the screen up or down navigates between the tiles. Once given time to fully load, the action was smooth on my iPhone 4 and offered a surprisingly responsive user experience. 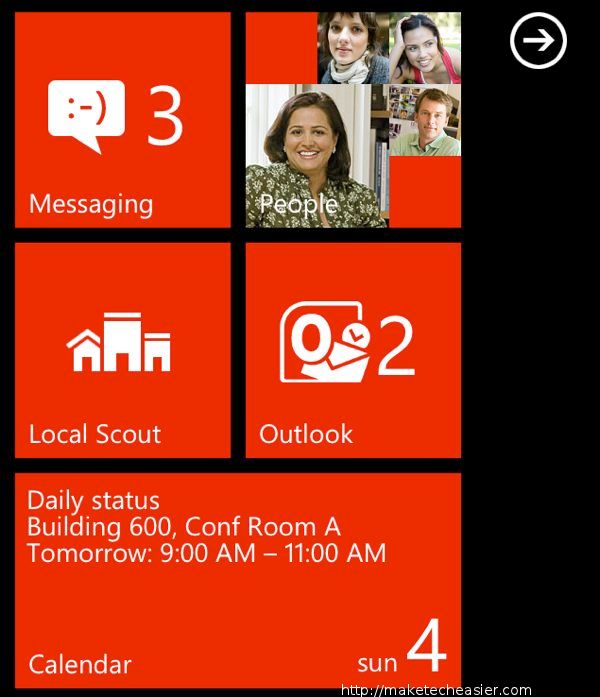 So once you’ve loaded the demo, what can you do with it?

Well, the Windows Phone 7.5 Mango demo already contains content for you to check out and see what it would be like to use the OS. Buttons respond to touch and tiles can be browsed by swiping left or right, up or down. The demo also offers hints as to what the user should do next with a glowing blue icon denoting the action a user may take.

Opening various tiles will uncover demo content which is already available and this can usually be interacted with, at least to some degree. For example, opening the Pictures tile brings up a screen from which the Camera Roll can be accessed, in addition to organising these pictures by albums, date and people (tagging is integrated into the UI).

Sharing photos is equally painless, as the demo walks through the steps needed to upload a photo from Mango’s Camera Roll to Facebook. 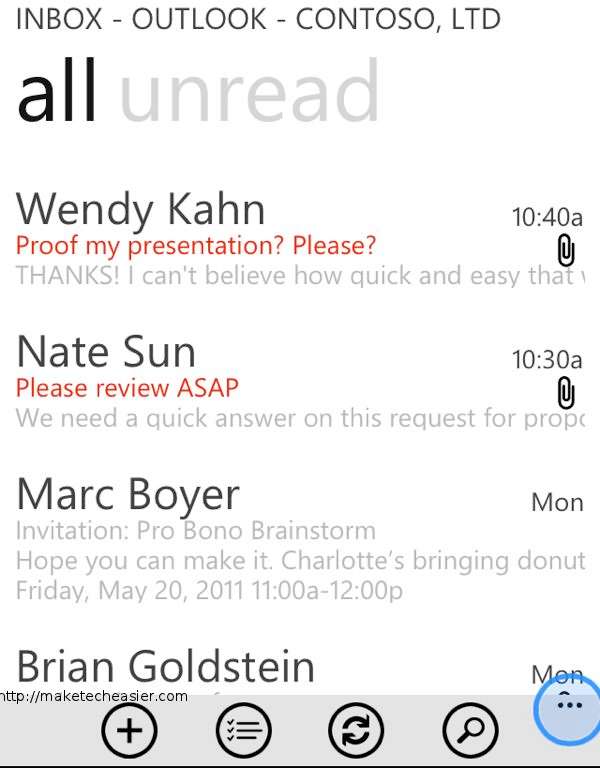 When testing Outlook, the interactive demo directs the user to import emails from a Hotmail account and the process seems very slick and easy, soon providing a shortcut tile to access said emails from the home screen and a fake phone call can even be made to lend an idea of what it’s like to make a call on the Windows phone.

When compared with other mobile operating systems which followed in the wake of iOS’s massive success, Windows Phone 7.5 Mango should be lauded for its re-imagining of what a mobile operating system can offer. It really is an original phone OS and even with the natural limitations of it being housed in a mobile browser, the experience is impressively slick.

Will it tempt this iOS user away from Apple’s operating system? Not likely, though I wouldn’t be surprised if Microsoft’s demo won them some new fans after this strong showing.